A distressed kangaroo has been found alone in a fast flowing waterway after being swept away during New South Wale’s historic rainstorm.

Animal rescue group WIRES and Total Fauna Solutions rescued the Eastern Grey Kangaroo trapped in a raging canal on the east coast of Australia over the weekend.

The discovery was made as wild weather and storms hit the mid-north coast to the Illawarra region on Saturday night. 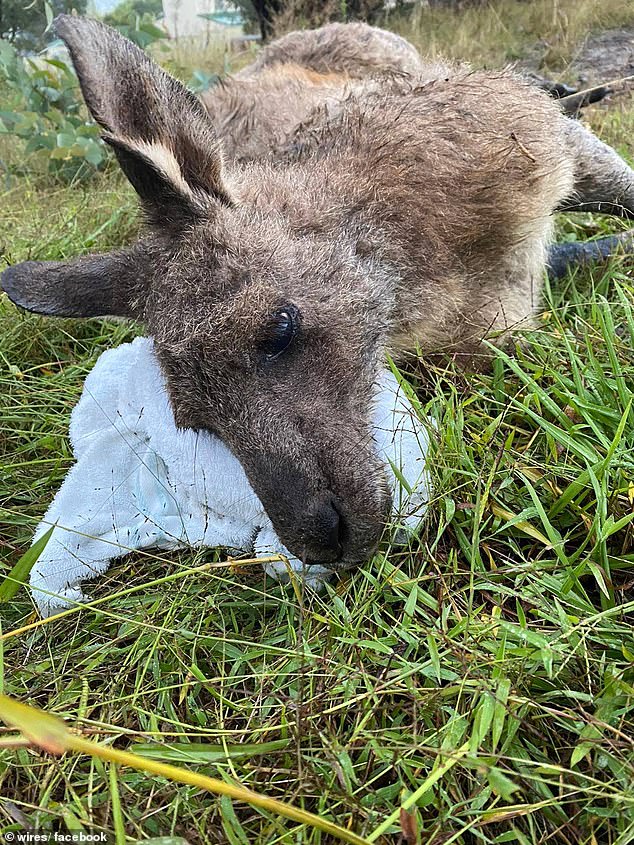 The horrific storm has already caused the evacuation of 17,000 people across New South Wales, and severe flooding in the Sydney metropolitan region.

‘The trapped animal was firstly tranquillised to not cause it any further distress before it was successfully lifted out of the channel’, WIRES posted on Facebook.

A rescue volunteer safely removed the unconscious kangaroo from the dangerous waterway and released him later that day.

‘The animal was checked for injuries and luckily survived the ordeal unscathed’, WIRES said. 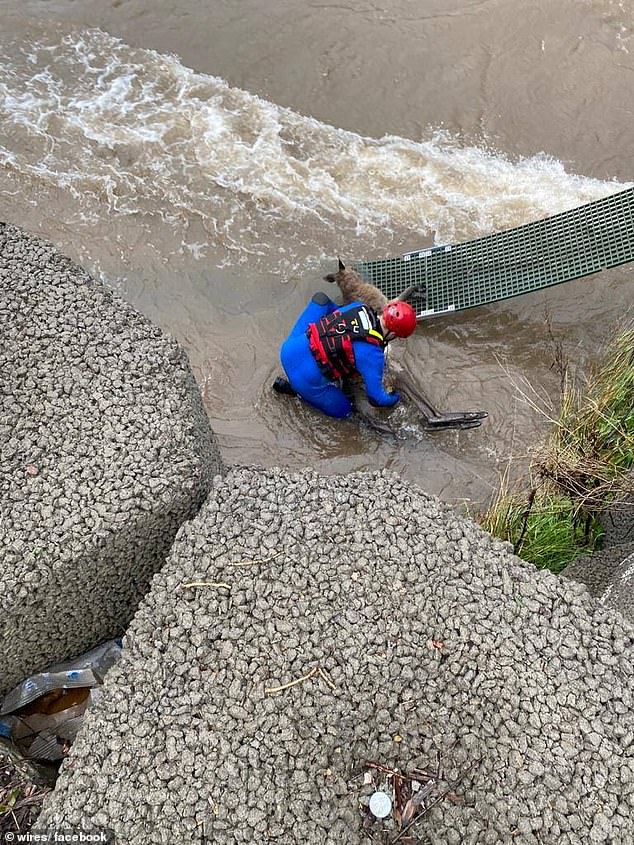 WIRES is reminding Australians to keep safe and avoid entering floodwaters as the wet weather continues across the country.

‘We ask that you please always follow the advice and directions from the relevant State authorities.’

Other Australians responded to the footage with praise for the rescuers heroic efforts.

‘Thank you for helping save our precious wildlife and all the animals’, one woman wrote.

‘Oh that poor roo looks spent! Thanks for all that you do’, another said.

‘Credit to these amazing rescuers, who go out of their way to help our beautiful animal population’, another commented. 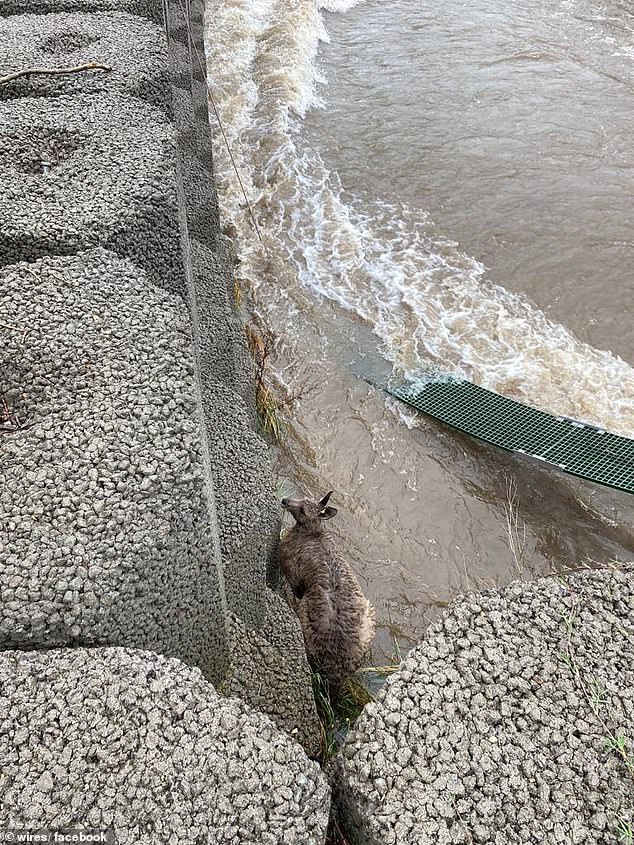