Pentagon forces say 100% of Putin’s combat forces on the border are in Ukraine as invasion grinds to a halt and believes Russia is recruiting Syrian troops for city battles: US sparks more hopes Zelensky and his fighters could win the war


Russian President Vladimir Putin has now sent about 100 percent of his invasion forces into Ukraine, a senior US defense official said on Monday.

Russia has made no further move to send battalions from elsewhere in Russia, said the official, as he instead confirmed that Moscow was now trying to recruit foreign fighters for its stalled advance.

‘We now assess that Putin has committed nearly 100 percent of his combat power into Ukraine,’ the official told reporters on condition of anonymity.

‘And by combat power, I mean, that combat power that he has amassed along the border with Ukraine and in Belarus.’

Before the invasion started, US officials said they believed that Russian had massed more than 150,000 people along Ukraine’s borders.

Spirited resistance by Ukrainian troops – and an influx of weapons from NATO nations, including tank-buster grenades – are credited with stalling Russia’s main advance north of the capital Kyiv, where an armored convoy has been stalled for days. 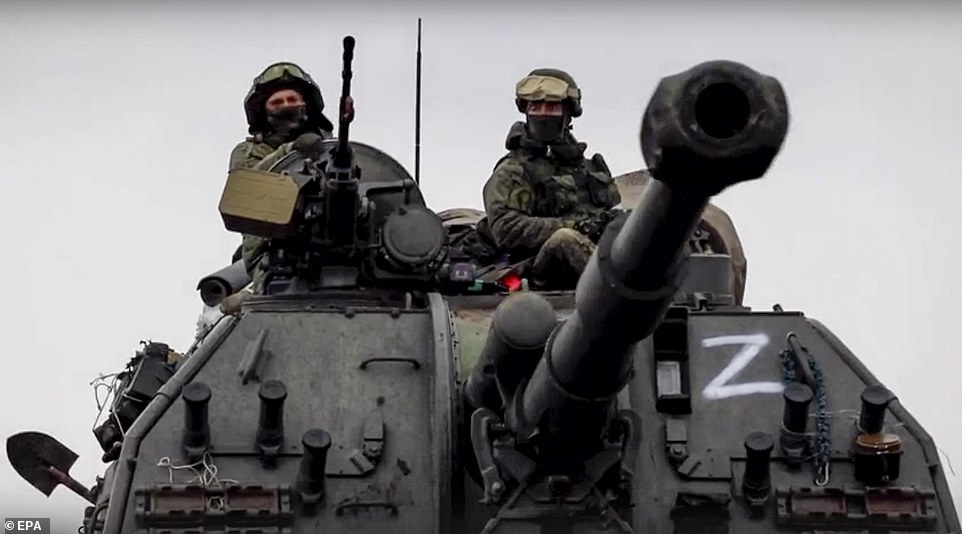 A still image taken from a handout video made available by the Russian Defence Ministry press service shows Russian servicemen drive on a 152mm self-propelled artillery system MSTA-S on the march near Kyiv (Kiev), Ukraine 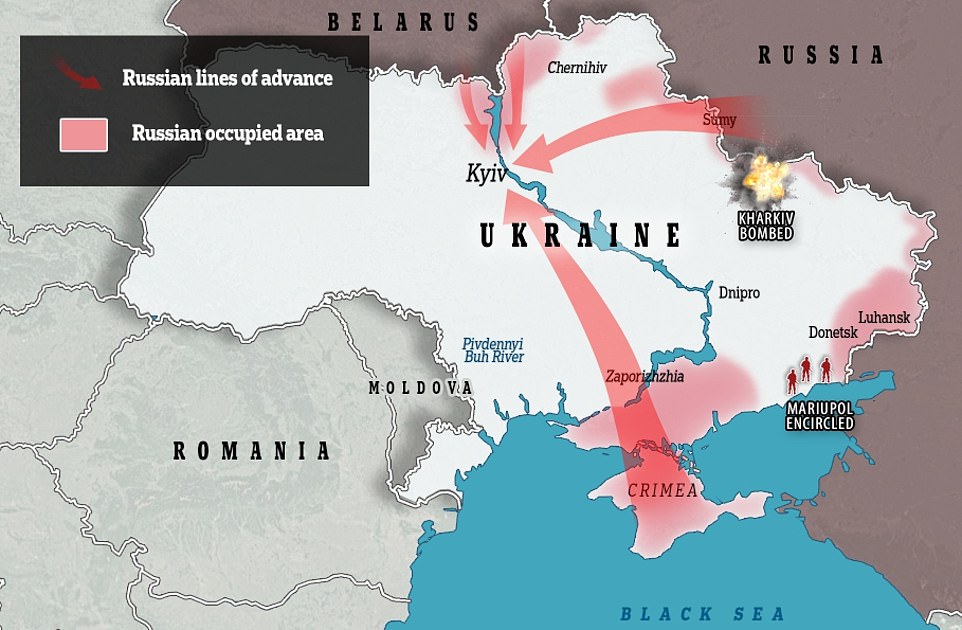 But Russian troops have made more progress in the south, pushing east and west along the Black and Azov Sea coasts.

In the meantime, the officials said the US had counted 625 Russian missile launches – including short range, surface-to-air, and cruise missiles.

That has intensified in recent days, said the official, putting civilians in harm’s way although it was difficulty to tell if they were being deliberately targeted.

‘It appears as though the Russians are increasing their use of long range fire to supplement or to make up for the lack of ground movement that they have had and the lack of air superiority that they don’t enjoy,’ the official added.

With Putin failing to capture Kyiv swiftly, reports surfaced at the weekend that Moscow was seeking to recruit foreign fighters – including Syrians expert in urban combat. 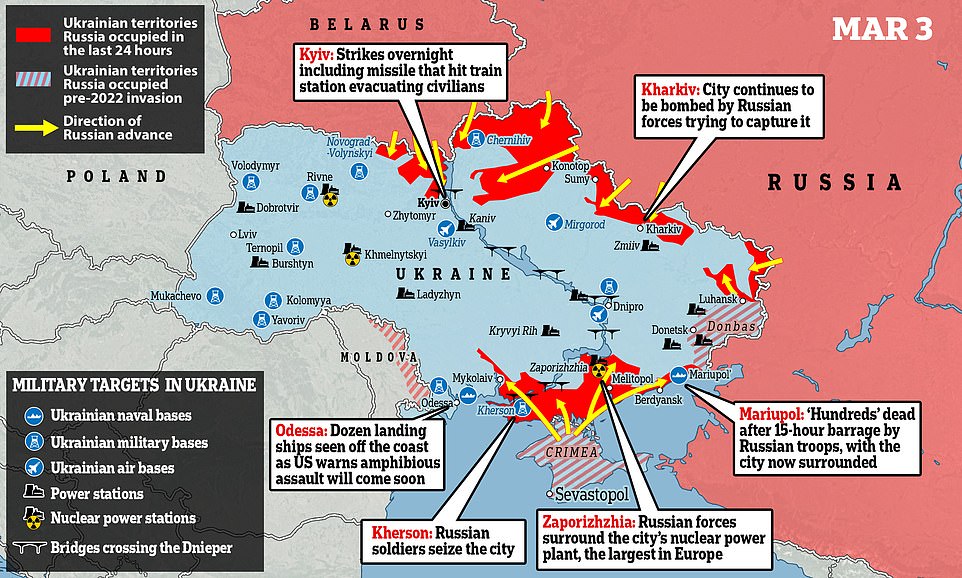 According to a publication based in Deir Ezzor, Syria, volunteers were being offered up to $300 to operate as ‘guards’ for six months at a time in Ukraine.

‘We do believe … that the reports are accurate that the Russians are trying to recruit Syrians in particular to sign up and fight in Ukraine,’ said the official

‘We find that noteworthy that [Putin] believes that he needs to rely on foreign fighters to supplement what is a very significant commitment of combat power inside Ukraine as it is.’

The Pentagon has also ordered over the weekend an additional 500 troops to Europe, which would bring the total number of American forces there to about 100,000, the official said, as the United States seeks to guard against the war’s spillover into NATO nations.