People know it as ‘the finest country racecourse in the land’. And when you’re up in the stands at Uttoxeter, with a backdrop of gentle hills and woodland, it’s easy to see why.

But this pretty East Staffordshire market town is far from being a one-trick pony.

Market Place is the town’s unspoilt, cobbled centre. Granted its Royal Charter in 1252, Uttoxeter has no fewer than 65 listed buildings. There’s fascinating history wherever you look, with striking black-and-white gables and a bas-relief on the splendid conduit, which tells the story of Dr Johnson’s penance. 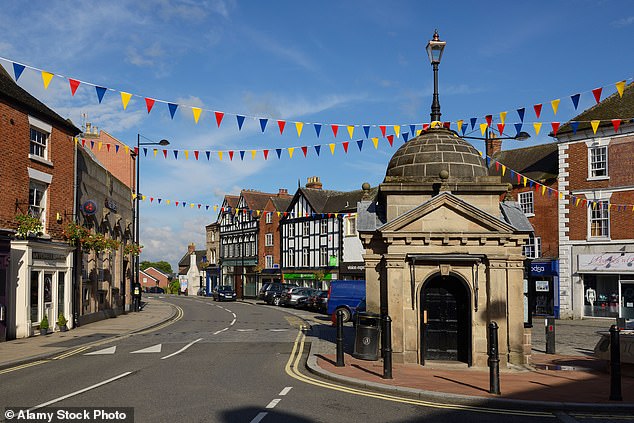 Uttoxeter once had a famous livestock market, but it closed in 2001 due to foot and mouth and never re-opened. Pictured is Market Place

Once, when his father was too ill to man his bookstall in the market, the young Samuel was asked to deputise, but refused.

Many years later he felt ashamed at what he had done, so stood bare-headed in the rain for an hour for expiation, in the spot where the bookstall once stood. Just off from the square, down Market Street and past Ye Olde Talbot — an inn dating from the late 16th century — is a fabulous Elizabethan timber building. It was restored in 1980. Since then, the ground floor has been home to a wonderfully old-style family butcher’s, T.G. Sargeant & Sons. 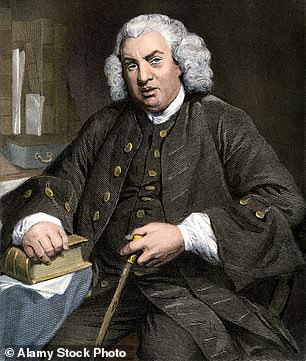 The memorial of Dr Samuel Johnson

Farmer Ray Sargeant has his own abattoir and all his shop’s products, which include not just cut meats but honey and goose liver, are local.

Don’t leave before trying one of Ray’s pork pies; they are quite a size, incredibly delicious and are worth the trip to East Staffordshire alone.

Uttoxeter once had a famous livestock market, but it closed in 2001 due to foot and mouth and never re-opened. There are still market stalls, albeit on a much smaller scale, in the square on Wednesdays, Fridays and Saturdays and, overall, the town seems to have fared much better than other places in maintaining the best of the past.

The nearby countryside plays its part, too. Travelling from the south, the landscape becomes more interesting when you leave the A38 at the turning marked Catholme. The B5016 takes you through the delightful village of Barton-under-Needwood (which would be rammed if it were in the Cotswolds or Surrey), before a road to the right takes you into the National Forest.

There’s a great stretch of road near Dunstall where you can enjoy (within the national speed limits, of course), some thrilling undulations, while further along you pass by the grand 19th-century Rangemore Hall.

Occupied by the U.S. army in World War II in preparation for the D-Day landings, its Edward VII wing was bought by former Dragons’ Den panellist Hilary Devey for £2 million in 2006. 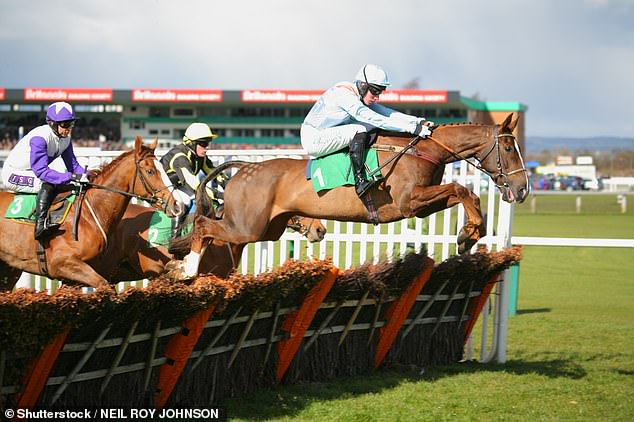 Uttoxeter is known as ‘the finest country racecourse in the land’ but it’s far from being a one-trick pony, says the Daily Mail’s Neil Clark

As you head along the B5017, it’s the remoteness of the countryside that grabs you. At times, it feels like you’re in the middle of nowhere, yet you are only around 30 miles north of Birmingham.

Sudbury Hall, five miles east of Uttoxeter, but just over the border in Derbyshire, is a magnificent Restoration mansion housing the National Trust Museum of Childhood. In the village, there is a handsome 17th-century coaching inn, The Vernon Arms, which will hopefully be reopening soon.

Back in the 1990s, a sketch in comedy series A Bit Of Fry And Laurie saw Stephen Fry and Hugh Laurie play a pair of brash businessmen, John and Peter, who had big ambitions for gentle East Staffordshire. They dreamed of a health club that would ‘put Uttoxeter on the goddamned map once and for all’.

But Uttoxeter has already been on the ‘goddamned map’ for the best part of a thousand years.