By Hugo Duncan for the Daily Mail

Chancellor Rishi Sunak looks set to borrow a little less than feared this year – but the deficit remains on course to be by far the biggest since the Second World War.

The Government borrowed a record £19.1billion last month as the cost of Covid continued to mount.

It took borrowing for the first 11 months of the financial year to £278.8billion and drove the national debt to £2.13trillion. 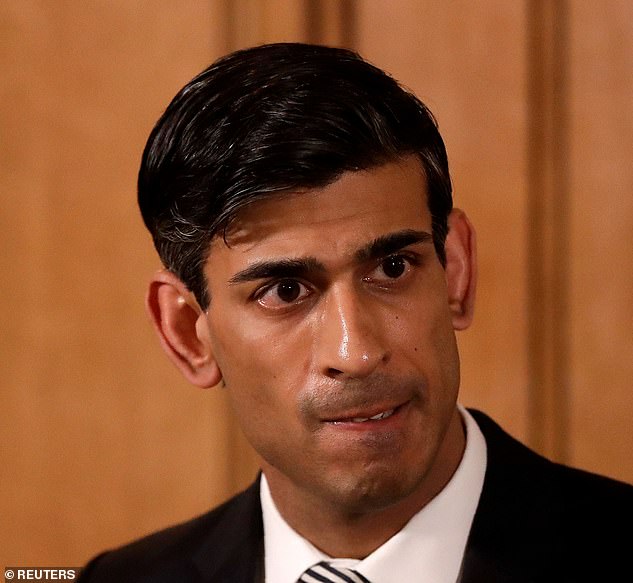 The Office for Budget Responsibility said that the full-year deficit was now likely to be lower than the £355billion it forecast just two weeks ago.

However, it will still be the largest as a proportion of national income since the war.

Sunak has warned that the total bill for supporting the economy through Covid will hit £407billion as the cost of measures such as the furlough scheme and tax breaks mount.

Responding to the latest figures, he said: ‘Coronavirus has caused one of the largest economic shocks this country has ever faced, which is why we responded with our package of support to protect lives and livelihoods.

‘But I have always said that we should look to return the public finances to a more sustainable path once the economy has recovered, and at the Budget I set out how we will begin to do just that.’