The judges have revealed the winners in the competition’s National Awards. And they’re quite something.

Overall, the contest receives entries from over 200 territories. However, these winners are drawn from the 51 countries in its National Awards programme, which celebrates local photography talent. Any photographer from a participating country that entered an image in the open contest in any category was automatically entered.

The judges had to sift through 165,000 images before choosing a single winning image from each country. Quite a task.

The jaw-dropping winning images include an electrifying lightning shot taken in Switzerland, an enchanting photo of a red fox in Italy, an awe-inspiring snap of an active volcano in Mexico and a mesmerising picture of a winding mountain road in Japan.

The Sony World Photography Awards Photographer of the Year 2021 title as well as the winners of the open, youth and student contests, will be announced online on April 15. Scroll down to see MailOnline Travel’s pick of the incredible National Awards winners… 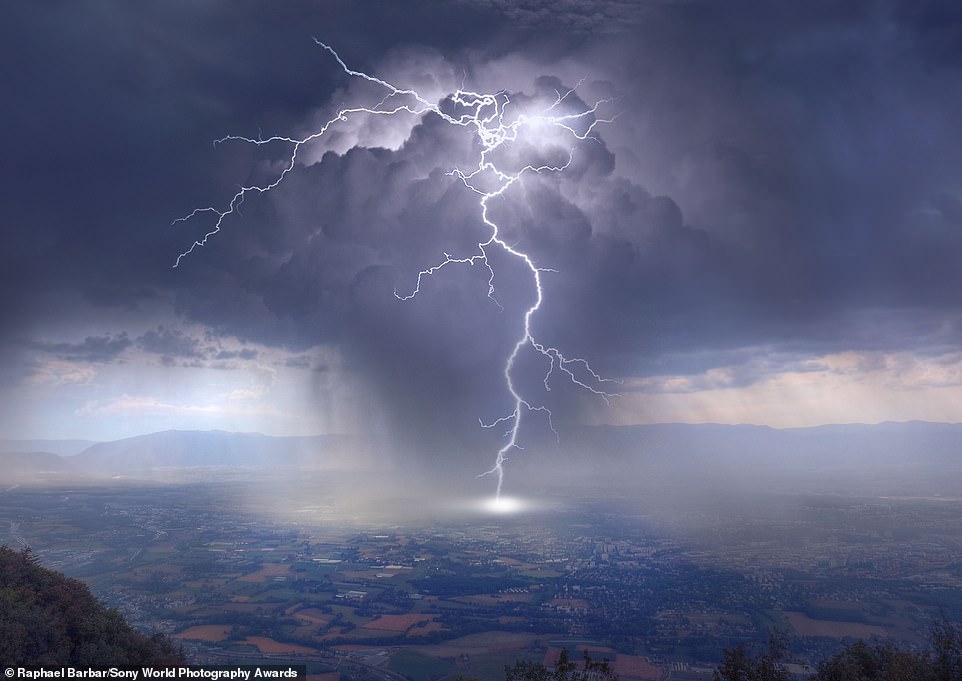 This image of a lightning-filled storm cloud was snapped by Raphael Barbar from a mountain called Salève near Geneva. He scoops the national award title for Switzerland 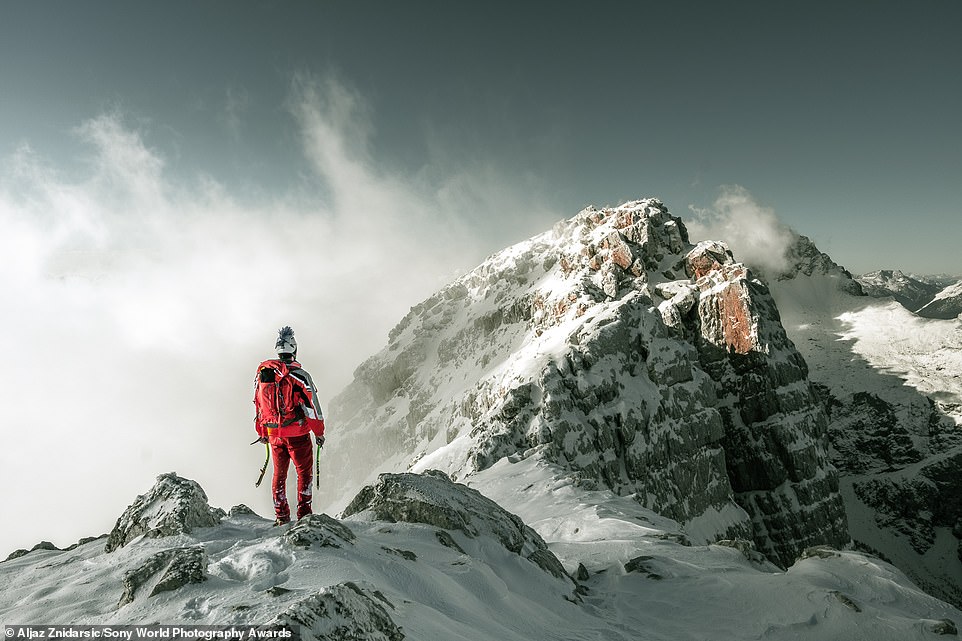 Slovenia’s national award winner is Aljaz Znidarsic, who impressed the judges with this breathtaking shot of the Julian Alps. Aljaz says: ‘My friend and I were on our first climb of the winter. We’d hoped to ascend three mountains on the same ridge, but because of the conditions, we had to turn back before the final peak. This image expresses the struggle we faced in deciding whether to turn round or continue’ 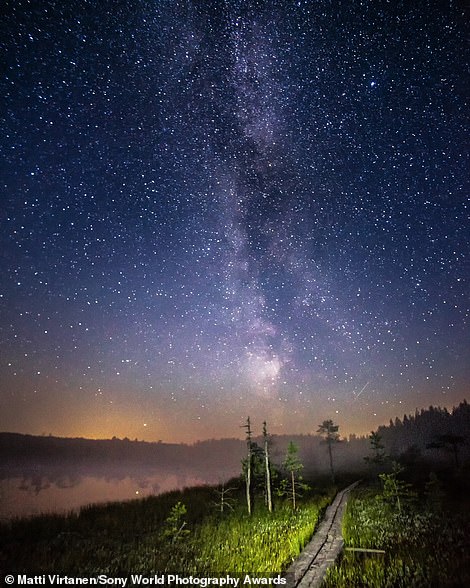 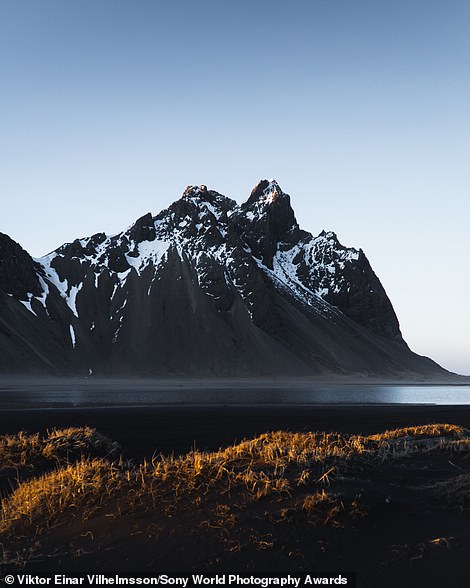 LEFT: Photographer Matti Virtanen is behind this amazing image, which snares him the national award for Finland. He explains: ‘I may not have managed to capture any meteors during the Perseids [a meteor shower] of 2020, but I did get this night shot, which is full of wonder.’ RIGHT: A superb image of the Vestrahorn, a 2,917ft mountain in Iceland, by Viktor Einar Vilhelmsson, winner of the national award for Iceland. He says: ‘Vestrahorn is a beautiful mountain that appears almost to rise out of the sea. The scenery that blends in with it makes an impressive sight’ 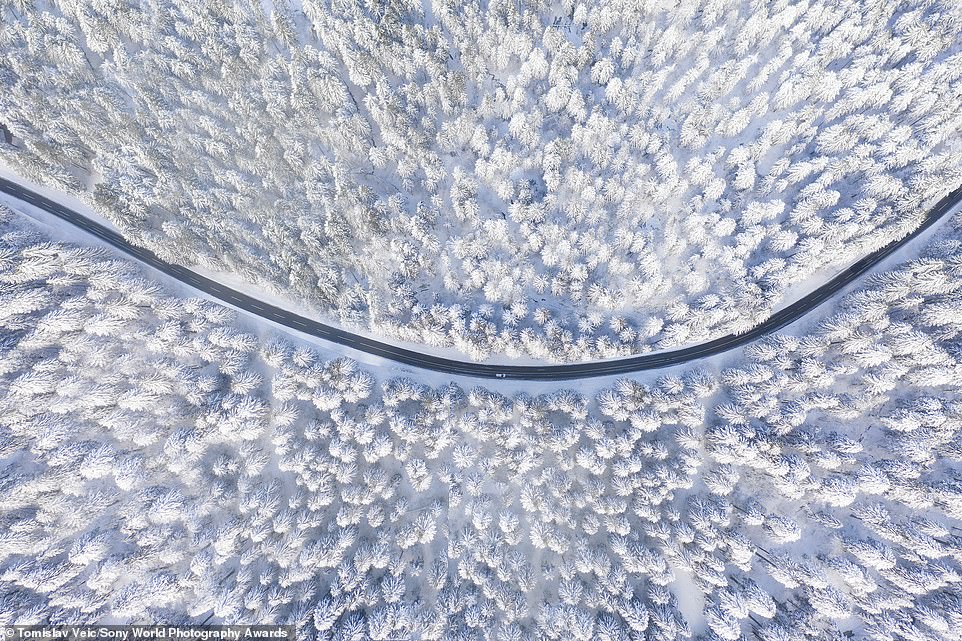 An amazing aerial image by Tomislav Veic, the winner of the national award for Croatia, taken in Gorski Kotar – a mountainous region in the country where forest covers 63 per cent of the land. He explains: ‘After the first snowfall towards the end of 2020, I took my camera to the largest old-growth forest in Croatia. This road runs through it’ 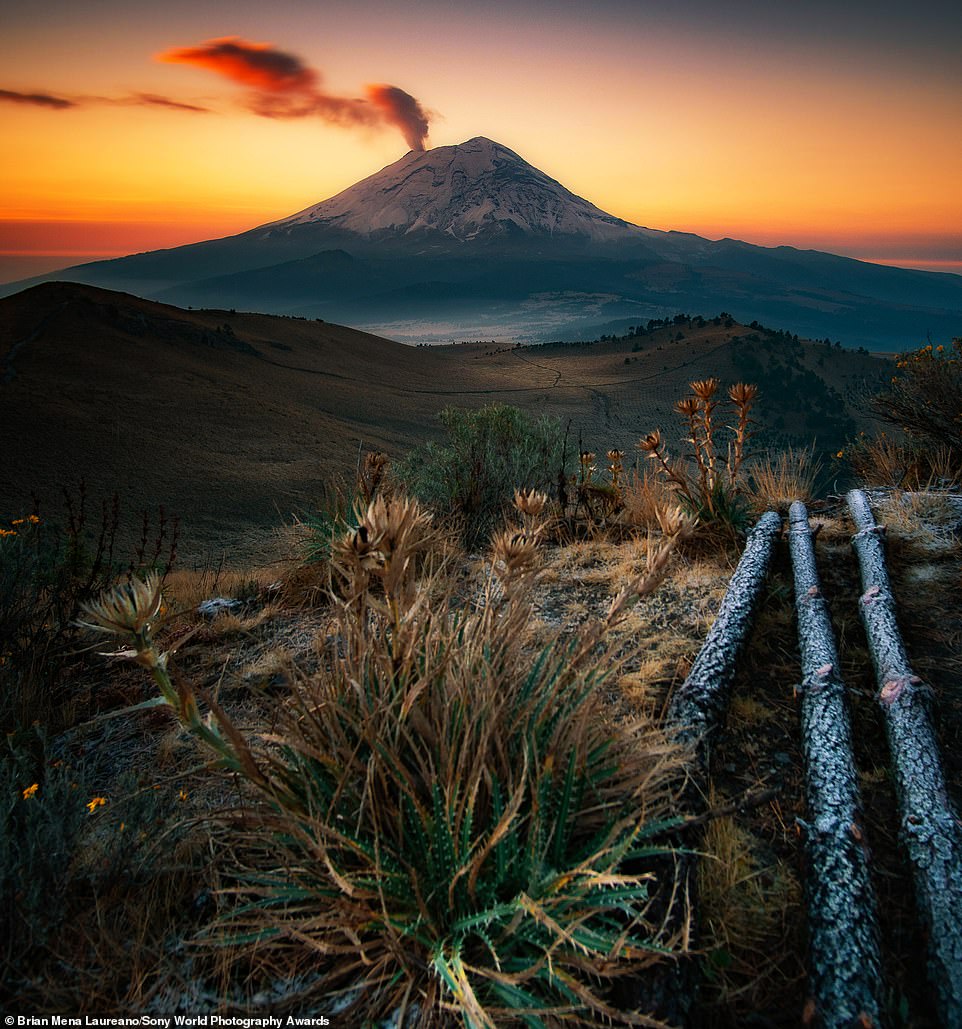 This jaw-dropping photo, called First Breath, shows Mexico’s active Popocatépetl volcano. It was snapped at sunrise by Brian Mena Laureano, the winner of the national award for Mexico 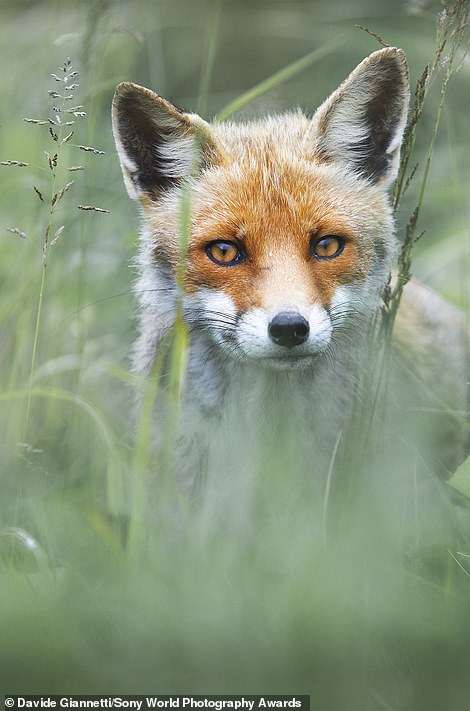 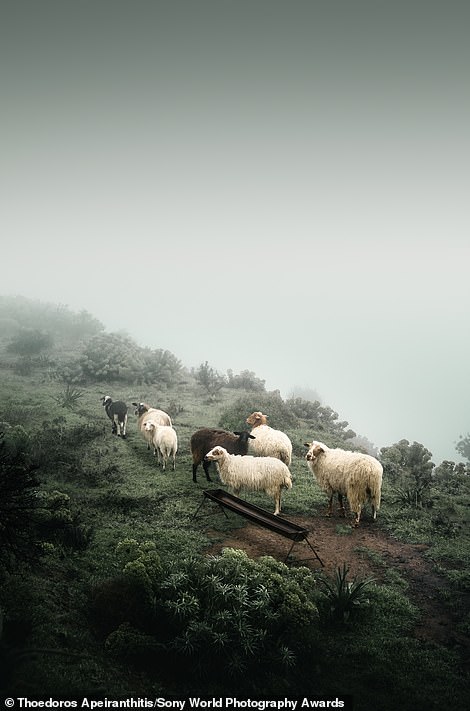 LEFT: The winner of the national award for Italy is photographer Davide Giannetti with this enchanting image of a red fox looking for food following heavy rain in the National Park of Abruzzo. RIGHT: This mesmerising image of sheep grazing on Mount Zeus, a 3,290ft mountain on the Greek island of Naxos, was snapped by Thoedoros Apeiranthitis – the winner of the national award for Greece. He explains: ‘One day in early April, I decided to make my way to the top. By the time I was halfway up, the fog had become so dense it completely obscured the base of the mountain, making me feel as if I was flying. I noticed a small herd of sheep grazing peacefully in this strange environment. I took a shot before moving on and becoming lost in the fog’ 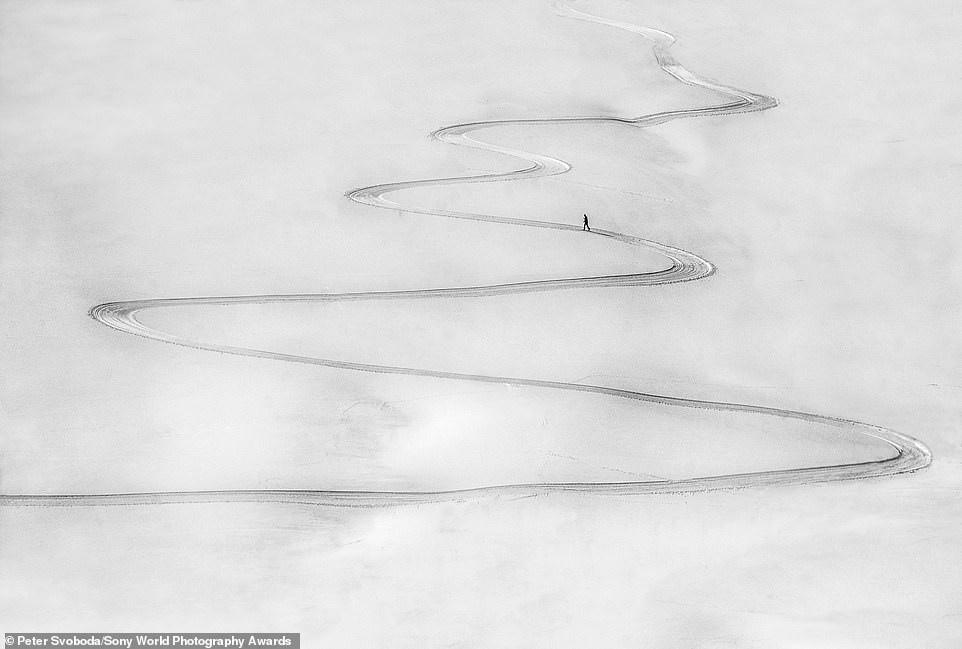 This beautiful image, called On His Own Path, shows a lone cross-country skier ascending a slope in the National Park of High Tatras. It earned Peter Svoboda the gold medal for Slovakia. He says: ‘I wanted to capture a minimal winter image that had symbolism and suggested a parallel with human life’ 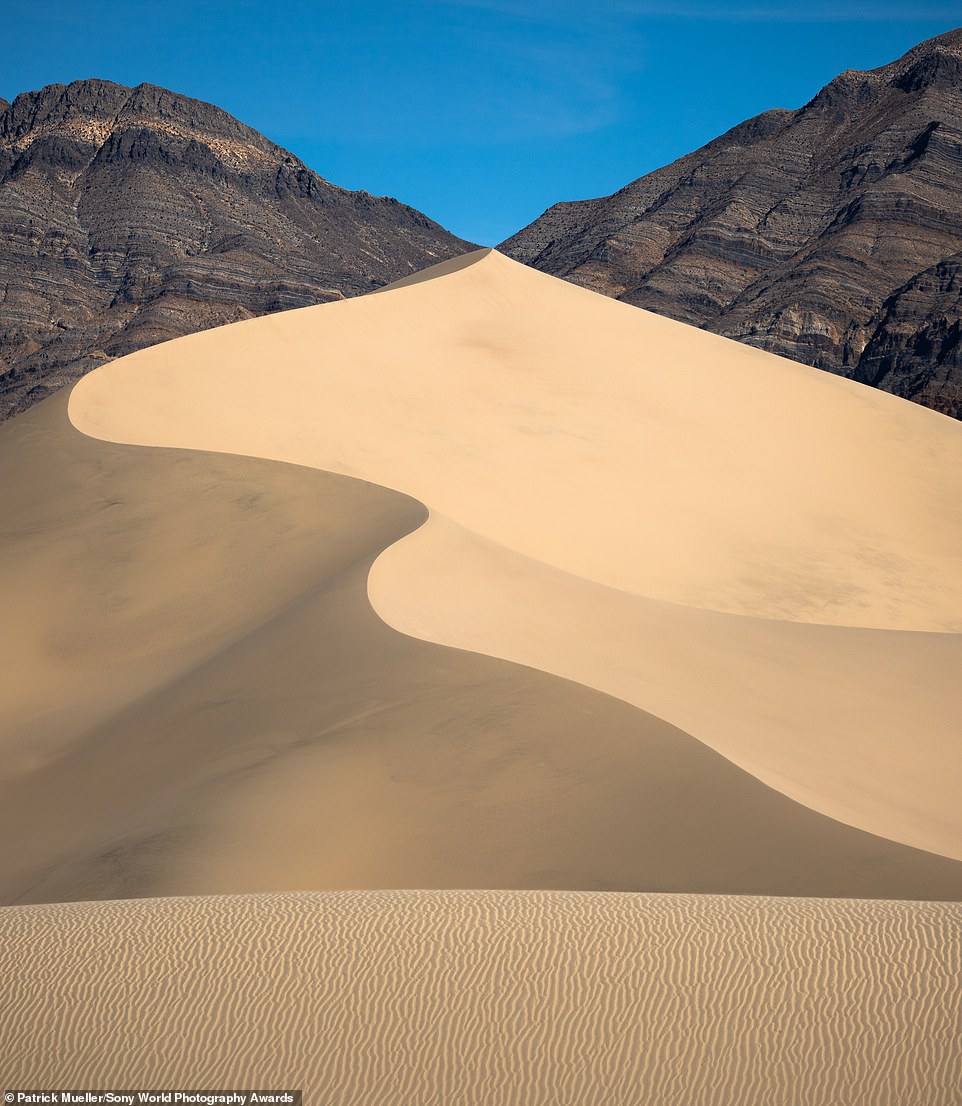 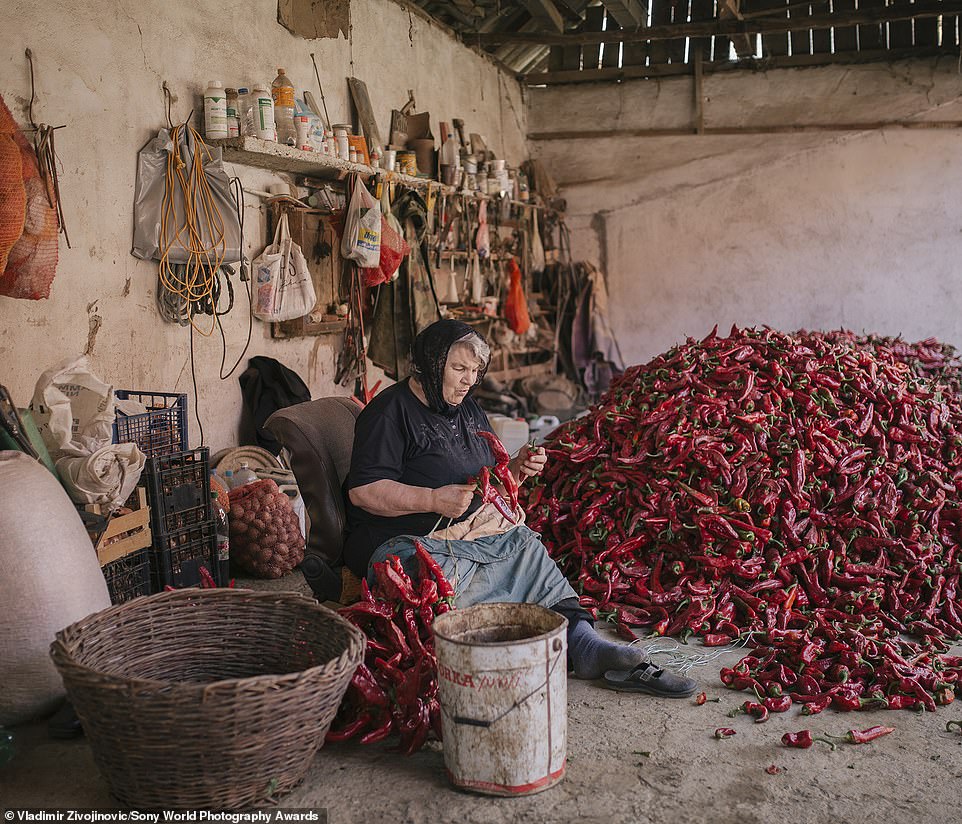 An elderly woman prepares threads of red paprika in the village of Donja Lokosnica, Serbia, in this charming shot by Vladimir Zivojinovic. He is the winner of the national award for Serbia. He explains: ‘In this village in a valley in South Morava, some 250 of the 280 households are involved in the growing of pepper – although depopulation means this number is in decline. Around 500 tons of ground pepper is produced in a 250-hectare area’ 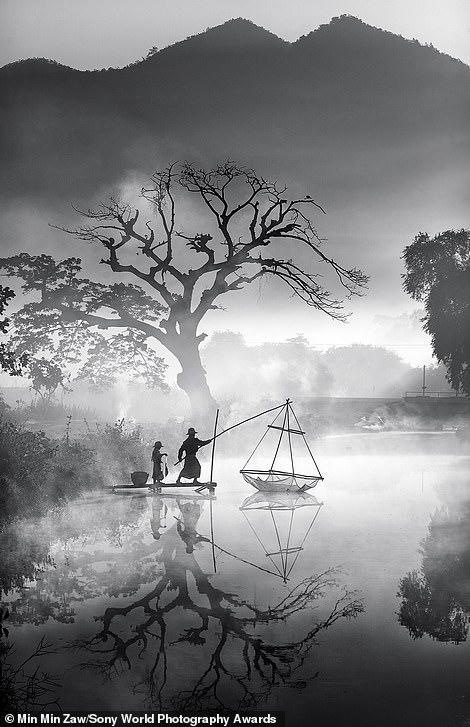 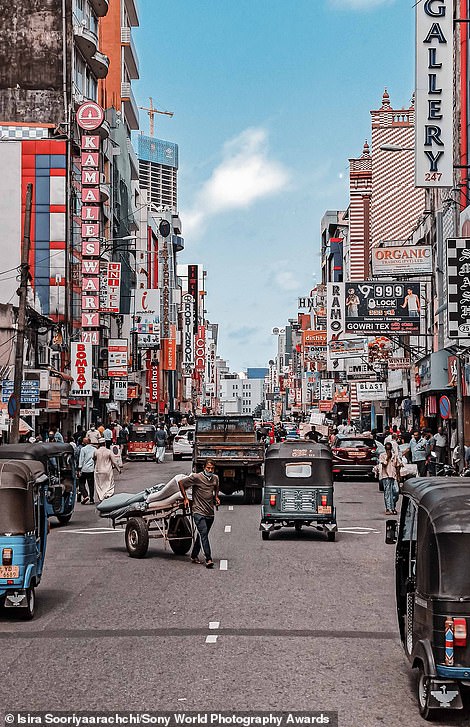 LEFT: Min Min Zaw scoops the national award for Myanmar with this beautiful scene showing a father and son catching fish early one winter morning. The photographer says: ‘In Myanmar, children work with their parents to bring in an income for the whole family.’ RIGHT: This bustling street scene in Colombo, Sri Lanka, was captured by Isira Sooriyaarachchi – winner of the national award for Sri Lanka. He says: ‘On a weekday in August, while I was wandering along Main Street, Colombo, this man caught my attention among the crowds of people and busy traffic. I crossed to the middle of the road and pulled out my phone to capture the life of a worker doing his best to survive during the Covid-19 pandemic’ 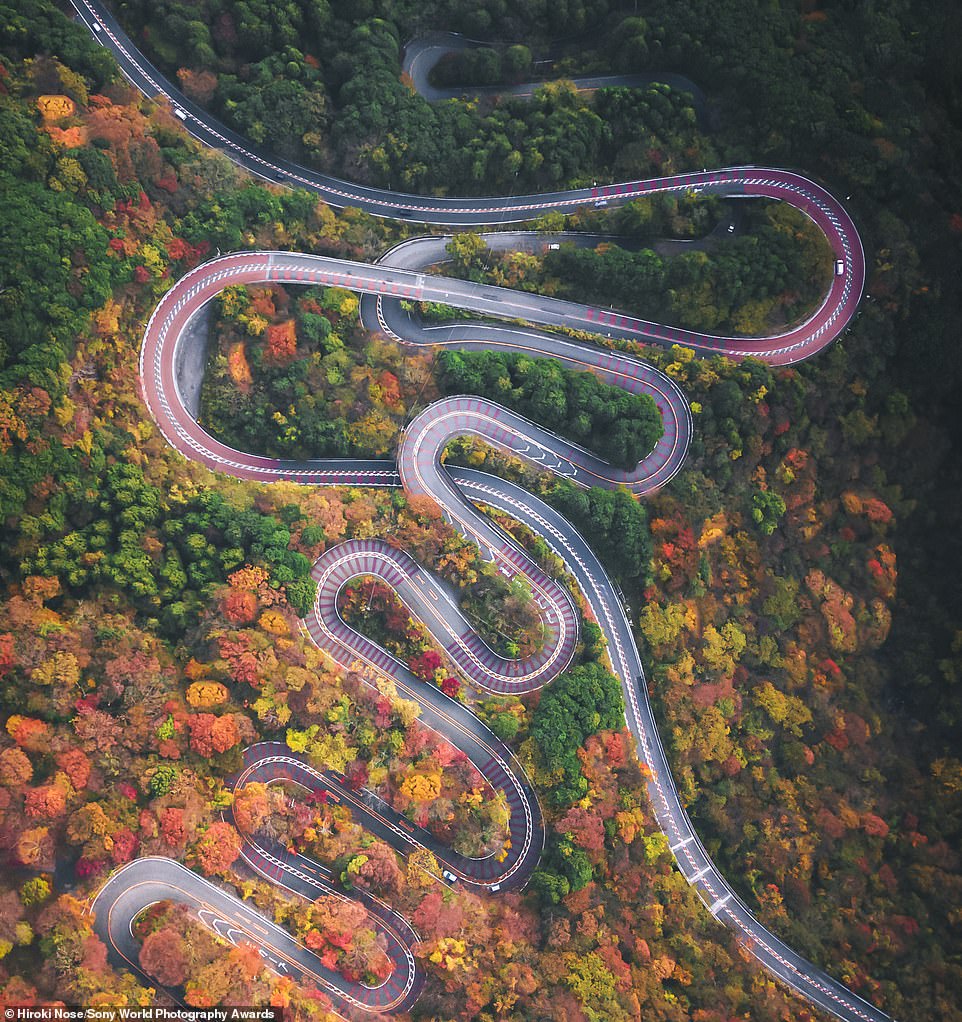 A mesmerising aerial image by Hiroki Nose – second place in the national award for Japan – showing a twisting and turning mountain road in Hakone, Japan. The photographer adds: ‘The path, when seen from the sky, looked like a snake. Photographed in autumn, the leaves of the coloured trees were extremely beautiful’