I have fallen in love with Isas all over again. For years, my Isa was the poor relation in my investment portfolio as I piled money into my pension to gain tax relief on contributions.

But punitive recent tax changes have taken the gloss off pensions for anyone who saves hard and invests successfully.

Those who have built a sizeable pension could stumble into a tax trap — yet this could be sidestepped with the help of Isas. 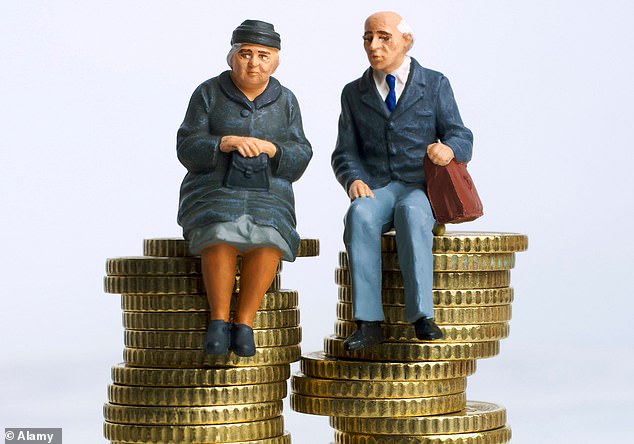 Hard hit: Punitive recent tax changes have taken the gloss off pensions for anyone who saves hard and invests successfully

Earlier this month, Rishi Sunak became the latest Chancellor to target the frugal by freezing the lifetime allowance on pensions at £1,078,900 from this April until 2026.

Anything above this will eventually face a punitive 55 per cent tax charge.

This charge is entirely unrelated to how much you contribute. It is purely a vicious swipe at successful investors. Charges levied by the most voracious investment firms pale compared with Sunak’s tax grab.

Those who rely on the stock market for their pensions will be hit the hardest, while those in salary-based pensions, such as politicians and civil servants, emerge relatively unscathed.

What can we do? Well, there is no upper limit on the amount that can be held in an Isa, and this should make us look at how our investments are structured.

There’s a principle in investment called the risk premium. Basically, this is the idea that the more risk we take, the greater the potential returns we should be looking for.

I have breached my pension lifetime limit so the tax charge means that for every £1,000 I make in my pension, £550 will eventually go in tax.

So what is the point of taking risk if the upside is more than halved?

Bearing this in mind, I’m doing a little juggling. Until recently, I kept some cash in both my Sipp (self-invested personal pension) and Isa and had a rough balance of investments across them.

But I am gradually moving the focus of my racier investments into my Isa, which now holds very little cash. My pension will lean more towards cash and stodgier investments where I expect slower growth.

One example is Scottish Mortgage, which previously I owned exclusively in my pension — and had bought more of last March. This is a lively investment trust holding quite a bit of tech, with Tesla as its largest holding.

Its value had doubled over the year and it seemed wise to take some profits, so I sold about a quarter.

At the start of last week I decided to buy some back after heavy price falls, having spotted it was trading on a tasty 11 per cent discount – meaning the shares were worth 11 per cent less than the assets it held. But I bought it within my Isa instead.

If it booms again, Rishi won’t be sharing in the profits.

I have also used cash in my Isa to buy a fund called Fidelity Asia Pacific Opportunities, based largely on my observations of how much better countries in this region seem to have dealt with the pandemic. 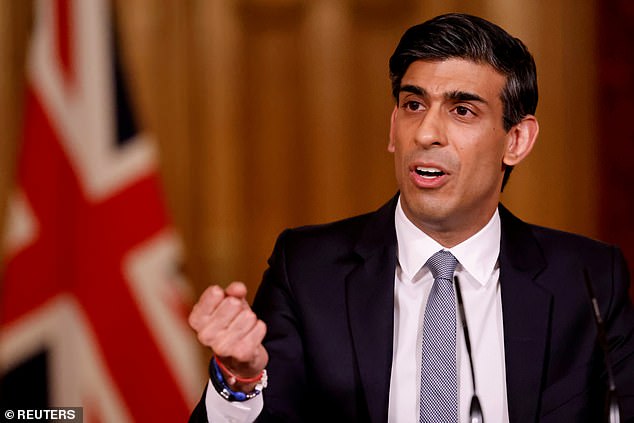 Rishi Sunak has targeted the frugal by freezing the lifetime allowance on pensions at £1,078,900 from this April until 2026

Ironically, these have all suffered small falls since the start of the year after having had a fabulous 2020.

The main purchase in my Sipp over the past year was RIT Capital Partners investment trust.

This is a wealth preservation trust set up and used by the Rothschild family. So far it has done rather better than I had hoped for, returning 22 per cent since I bought it in the autumn.

I can’t see myself ever becoming an ultra-cautious investor but both my age and my tax position make an argument for me adopting a more cautious approach to my Sipp, and I will continue to move my investments in this direction.

For those still able to invest, the Sipp versus Isa tax situation raises interesting questions.

Without running you through long and tedious calculations, it is reasonable to say that after dealing with tax relief on contributions and tax-free lump sums, a higher-rate taxpayer normally walks away with either £70 or £85 for every £60 invested in a pension, depending on their tax status in retirement.

But if the contributions mean you’ll eventually bust the lifetime pension allowance, then a higher-rate taxpayer could get just £45 for every £60 contributed.

The 55 per cent charge is taken off a lump sum immediately. If you take the excess as income, you lose 25 per cent at once (leaving you with £75 from every £100); you are then taxed at your top rate on the rest leaving a higher-rate taxpayer with £45.

Against this, putting £100 into an Isa and taking £100 out looks simple and secure.

And the lifetime Isa, offering a top-up of up to £1,000 on a £4,000 maximum annual contribution, looks positively attractive.

Aha, you say, what about investment growth?

Well I have done more sums which show starkly how the tax charge becomes more punishing the more successfully you invest.

Assuming your money grows by 4 per cent a year for ten years, you would finish with £148 for every £100 invested in an Isa.

A higher-rate taxpayer would put just £60 into a pension to build the £148 and would normally receive between £103.60 and £125.80 after tax. This is what normally makes pensions so attractive.

But if they breach the lifetime allowance they could receive just £66.60 from their pension.

Increase the growth to 6 per cent and the Isa investor takes £179 from £100 while the pension investor could take as little as £80 from their £60 net investment.

There’s an old saying that you shouldn’t let the tax tail wag the investment dog – but when the tail creates such huge distortions, it deserves serious attention.