The 20 places with the biggest rise in demand for family homes revealed: Three-bedroom homes in Braintree and Monmouthshire are hot property

By Myra Butterworth For MailOnline

The areas where demand for family homes has soared during the pandemic have been revealed by Zoopla.

Braintree, Monmouthshire and Knowsley top the list by the property website of the locations where buying the most popular sized three-bedroom family homes has increased in popularity.

It comes amid a shortage of supply in larger family homes for sale as buyers rush to snap up properties with more space amid the pandemic. Zoopla revealed last week that the number of three and four bedroom homes available for sale had dropped to a five-year low. 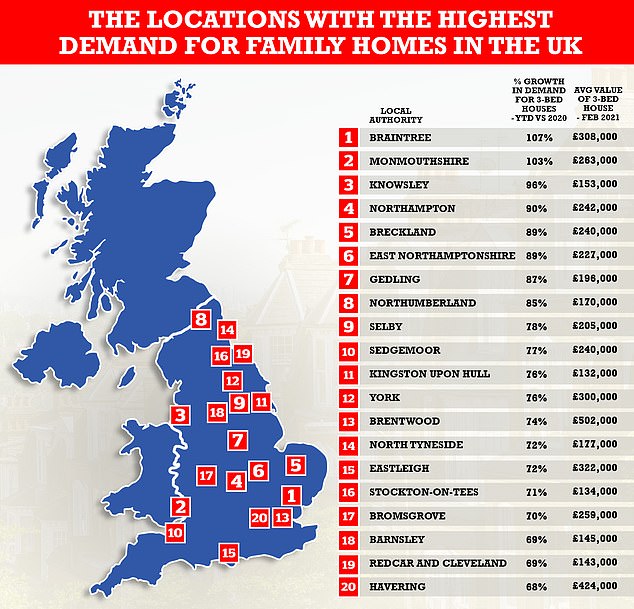 Braintree, Monmouthshire and Knowsley top the list by property website Zoopla of the locations where demand for family homes has soared

The biggest growth in demand for family homes was in Braintree, Essex, up 107 per cent, where the average price of a home is £308,000.

It is followed by Monmouthshire, in Wales, which has seen demand increase 103 per cent, and Knowsley in Merseyside, which is up 96 per cent. Typical values in the locations are £263,000 and £153,000 respectively.

The rankings are based on the places that have seen the biggest rise in demand in the first three months of this year compared to average demand in 2020. 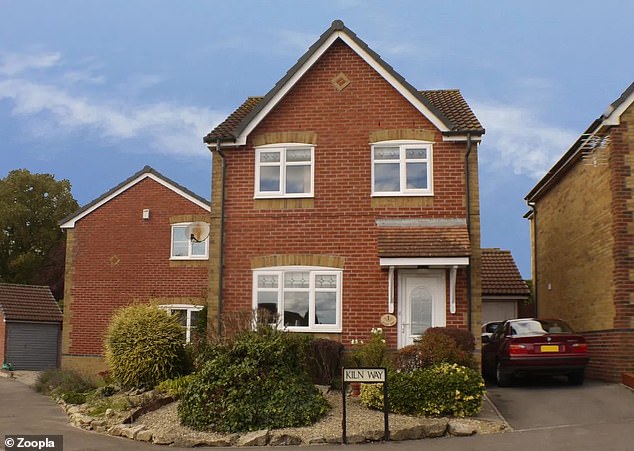 This three-bedroom house in Undy, Monmouthshire, is for sale for £265,000, via Properts estate agents 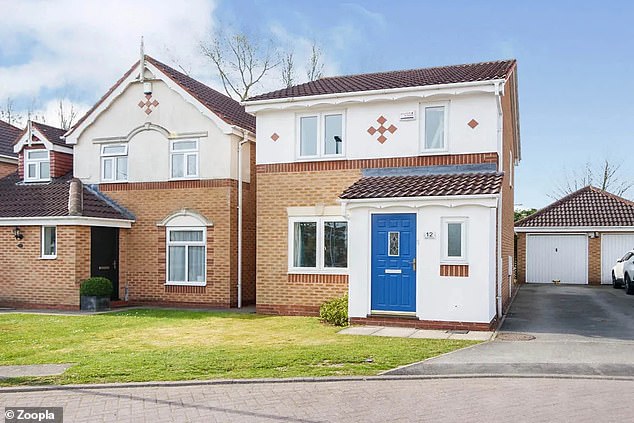 This three-bedroom detached house in Nether Poppleton, York, is for sale for £300,000, via estate agents Reeds Rain

Zoopla said three-bedroom homes are the most coveted type of property in Britain today.

Meanwhile, overall low property stock levels remain a key issue in many parts of the country. The total number of homes available to buy was 30 per cent lower at the start of this month than at the same point from 2017 to 2019, it said. 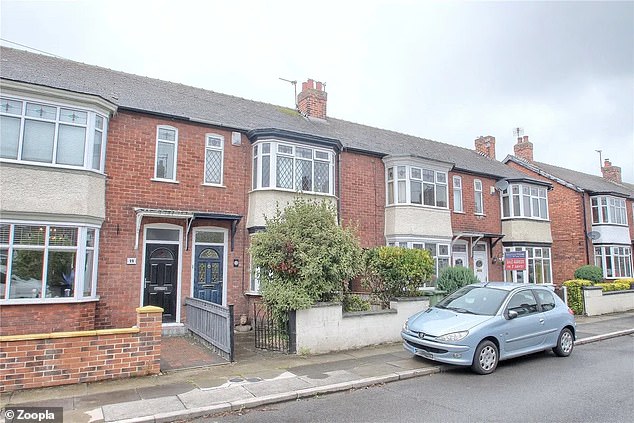 This three-bedroom terrace in Norton, Stockton-On-Tees, is for sale for £135,000, via estate agents Michael Poole

In its latest data given exclusively to MailOnline Property this week, it found that most of the locations with high demand for family homes have strong commuter links.

This is due to their proximity to regional cities – as is the case for Knowsley (which is near Liverpool), Gedling (near to Nottingham), Selby (near York), Redcar (near to Middlesbrough), and Bromsgrove (near Birmingham city centre) – or due to their connectivity through motorways or railway links, which is the case for Northampton, Monmouthshire and Sedgemoor.

Rural locations have also seen a large uptick in demand for three-bedroom homes and feature in the list. They include Monmouthshire, Northumberland, Breckland and Sedgemoor.

Hull, Barnsley, Knowsley, and Havering also feature on the list. These are more affordable locations where the value of a three-bedroom home is up to 20 per cent below the regional average. 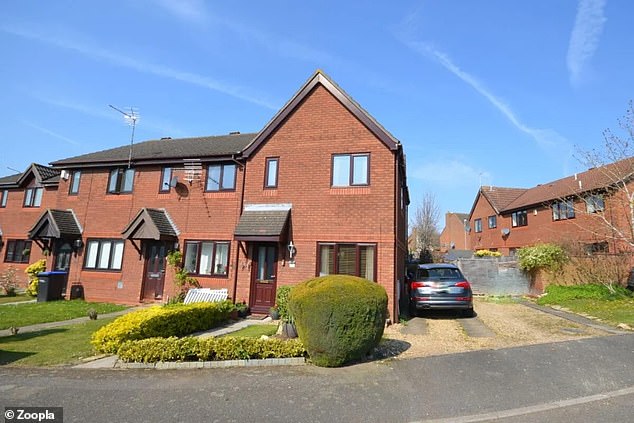 This three-bedroom semi-detached house Claregate, Northampton is for sale for £245,000, via estate agents Your Move

Gráinne Gilmore, of Zoopla. said: ‘The “search for space” among homeowners in the wake of several lockdowns has made family houses highly desirable in the market.

‘These houses usually have a garden and can offer an extra bedroom which can be used as a home office.

‘The demand for this type of home means that supply is becoming more constrained, especially in areas within the wider commuter zone of larger cities and more rural areas.’