A pair of breathtaking skyscrapers by renowned Toronto-born architect Frank Gehry are set to transform his hometown’s skyline, with the developers promising they’ll become an ‘instant landmark’.

Newly released renderings show how each tower looks like it’s formed from randomly placed building blocks, with sections jutting out at various angles.

It’s a typically eye-catching design from a Canadian architect who always surprises. The tallest of the two towers will peak at 298m (977ft) and become the tallest Gehry-designed building in the world, the smaller one will reach a height of 262m (859ft). 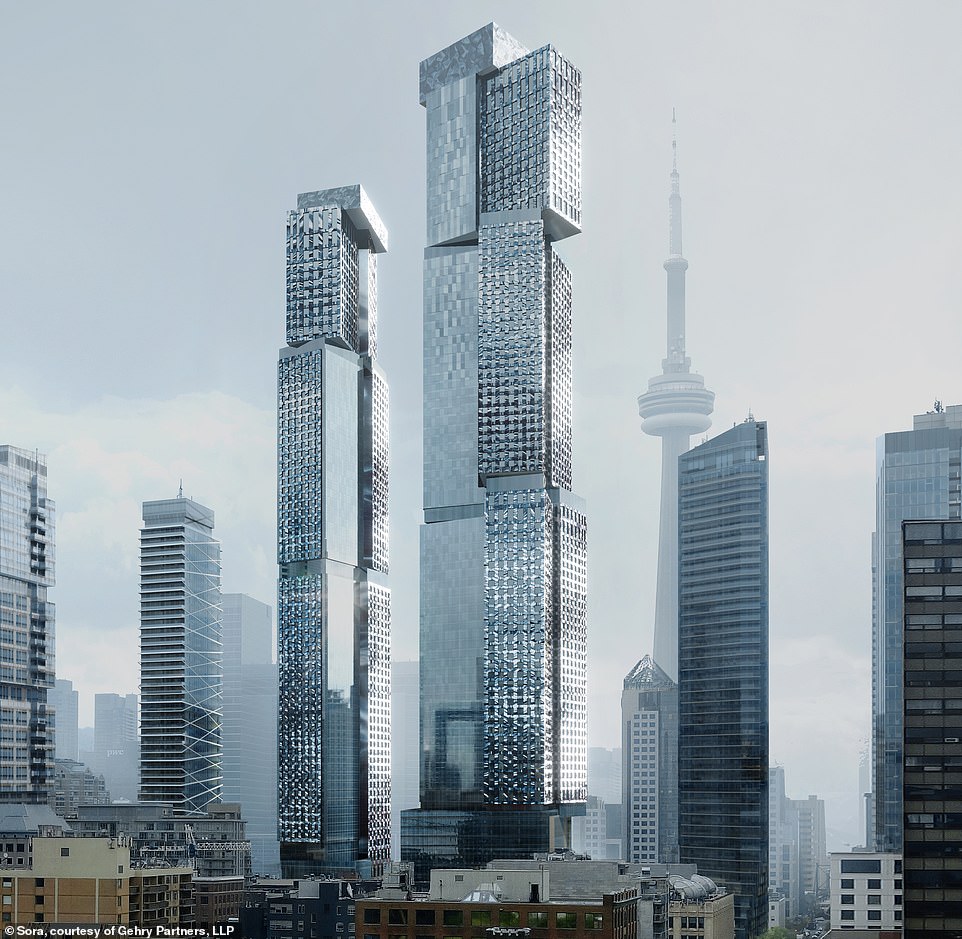 The development will include new space for OCAD University (Ontario College of Art & Design University) as well as commercial, retail and residential spaces, with the first apartments going on sale in 2022.

‘With this project, I wanted to create an ensemble of buildings that were respectful to the city and referential to the Toronto that I once knew,’ said Gehry, who’s 91.

‘I wanted the two towers to each have their own personality, but I also wanted them to talk to each other, creating a dynamic and changing addition to the skyline depending where you were viewing them from in the city.

‘The detailing of the exterior is intended to give the buildings a human scale and hopefully reflect the light and colour from the city and the sky around it. In the end, this should be a building of Toronto that I hope will make the city proud.’ 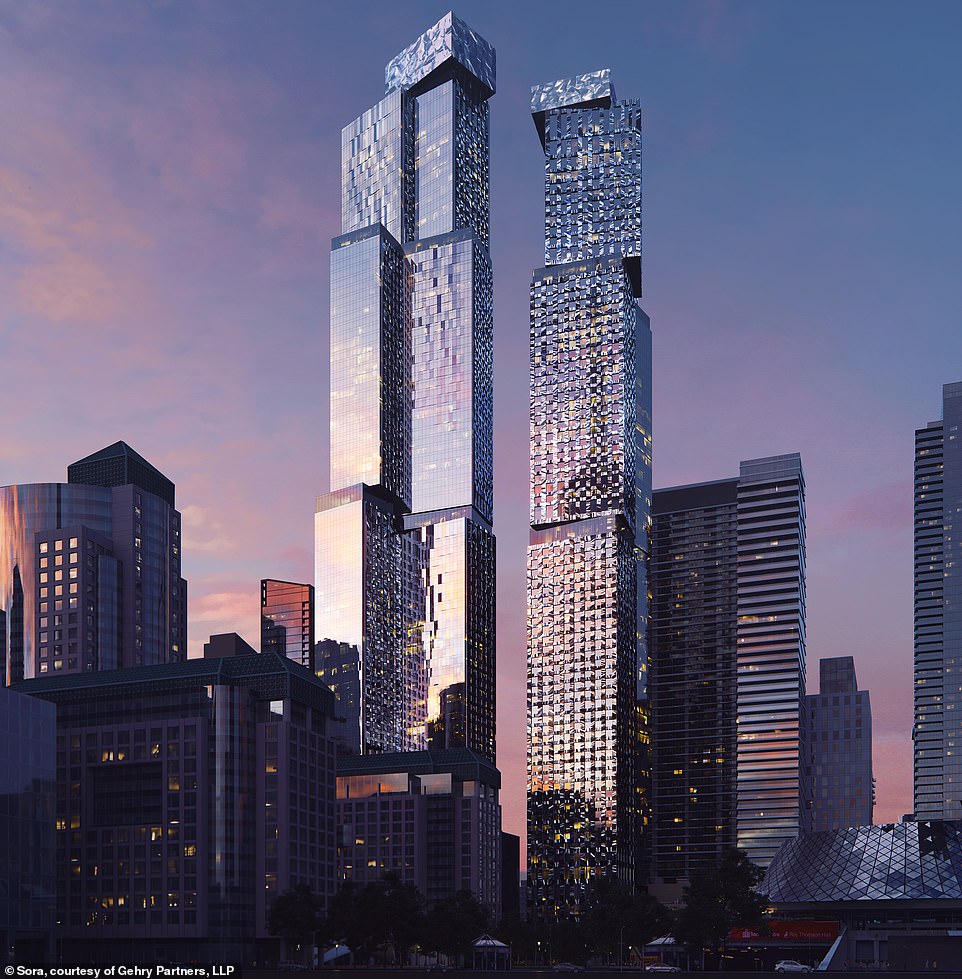 The tallest of the two King Street West towers will peak at 298m (977ft) and become the tallest Gehry-designed building in the world, the smaller one will reach a height of 262m (859ft)

The buildings ‘will be clad in a variety of energy-efficient materials and feature a unique textured metal and glass façade’, according to a statement released by the developers, a consortium comprising Great Gulf, Westdale Properties and Dream Unlimited.

Designs for the towers were first approved in 2017, with Frank Gehry and his team revealing refinements at a recent community meeting.

According to the statement: ‘The latest refinements to the design maintain both the height and density that were approved in a 2017 zoning by-law amendment. Specifically, the latest changes adjust the organization of the towers on the site, enhance the podiums and optimize the floor plates of both towers to offer stunning views from each vantage point in the buildings.

‘The most recognizable refinement is the redesigned exterior building envelope which will make the project an instant landmark.’

Mitchell Cohen, Chief Operating Officer, Westdale Properties. said: ‘This will be the most talked-about mixed-use development in the history of Toronto and we’re thrilled to meet with the public to share the design updates of an unprecedented architectural project.

‘This project represents a coming home for Frank Gehry to the city he loves and will be one of his most significant architectural achievements.

‘He is the heart and soul of the project and it has been an honour working with him and his team. We’re excited to be progressing in our goal to execute Frank’s vision for the development of such an important site in downtown Toronto.’

Ana Serrano, OCAD’s President and Vice-Chancellor, said: ‘OCAD University is excited about the Gehry-designed project, which will offer our students and faculty enhanced learning and research spaces while providing opportunities to collaborate with the community on a wide variety of art, design and media initiatives.

‘We see tremendous opportunities for collaboration with Great Gulf, Westdale and Dream as this project becomes a reality. With its close proximity to both OCAD University and TIFF [Toronto International Film Festival], and situated within Toronto’s Entertainment District, this project is poised to become a cultural hub within the city, offering opportunities to showcase the talent of the next generation of artists, designers and developers.’

Frank Gehry is also the architect behind the Walt Disney Concert Hall in Los Angeles, the Neuer Zollhof complex in Dusseldorf, the Dancing House in Prague, the Lou Ruvo Center in Las Vegas, and the Cinémathèque Française in Paris.

He also oversaw the redesign of the Art Gallery of Ontario in Toronto. 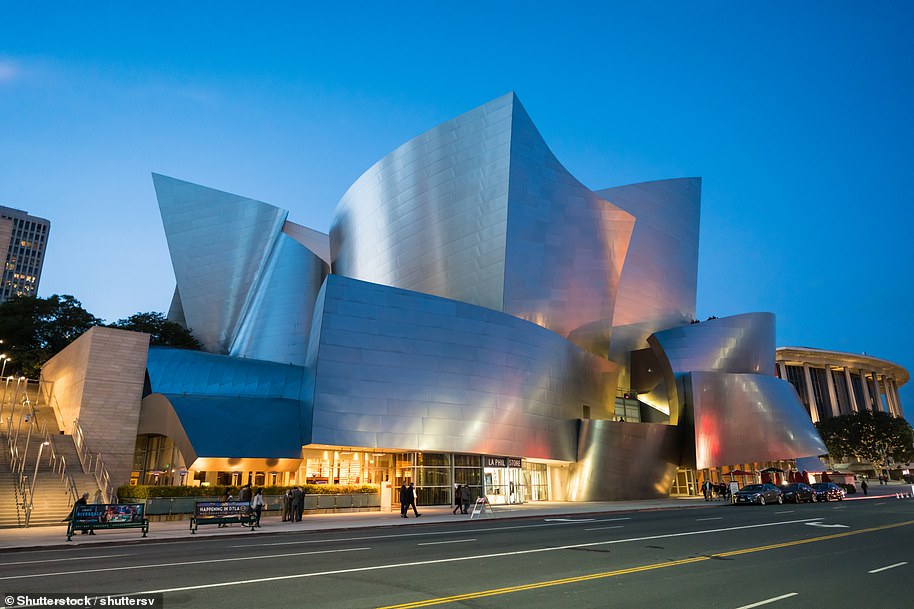 The Walt Disney Concert Hall is the home of the Los Angeles Philharmonic orchestra. It opened in 2003 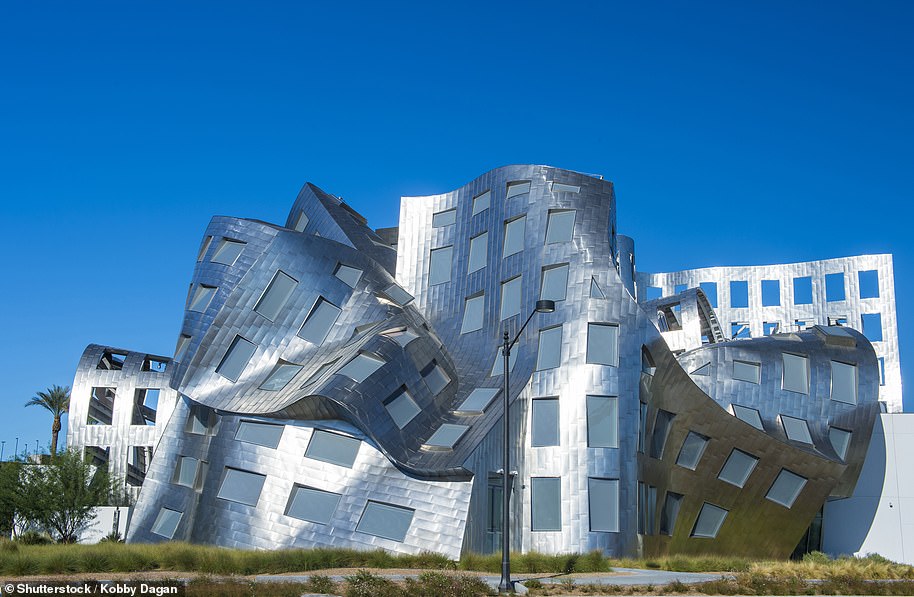 The $70million (£50million) Lou Ruvo Center for Brain Health in Las Vegas opened in 2010. As well as medical facilities, it houses the Museum of the Mind

3. The Neuer Zollhof complex in Dusseldorf 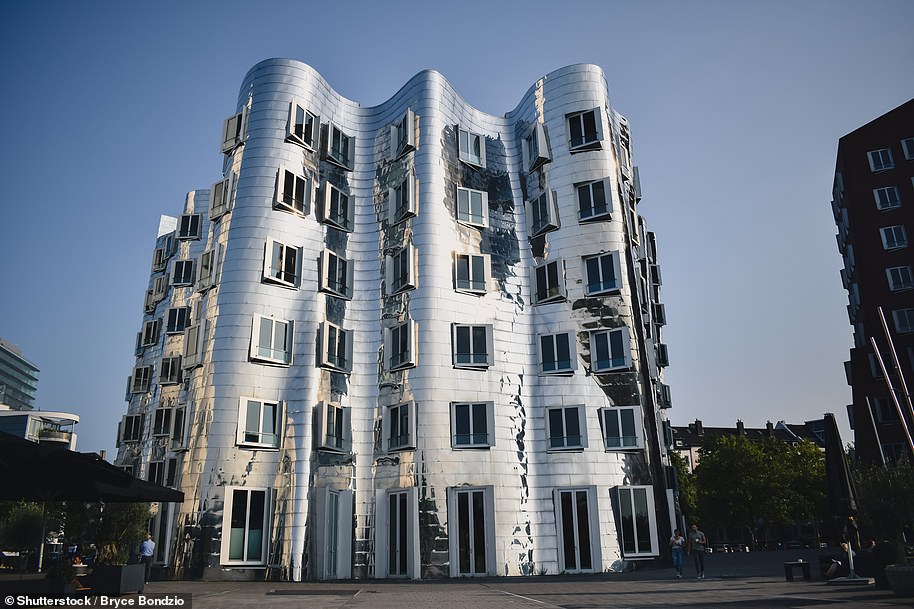 These office buildings, which were completed in 1998, feature in the German edition of Monopoly 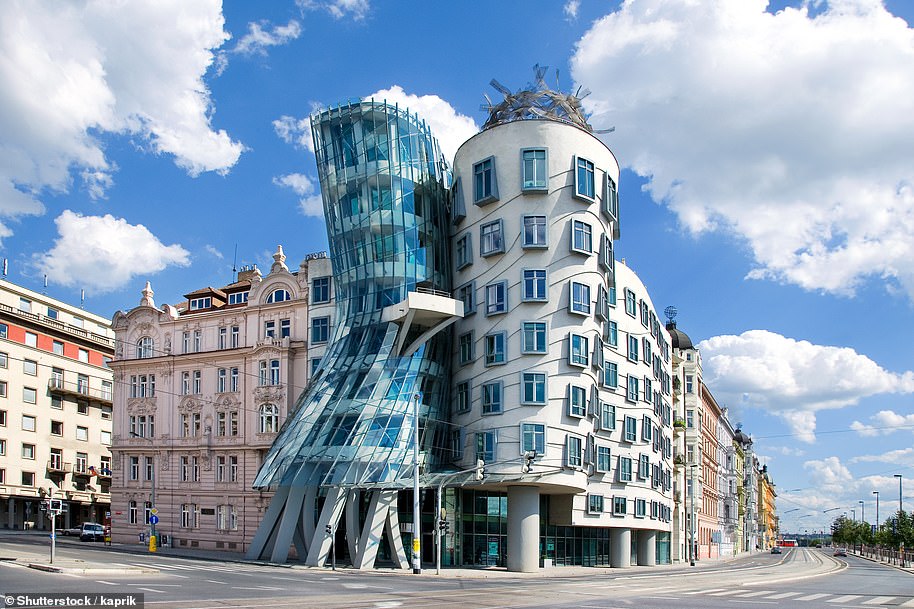 This mixed-use marvel, co-designed with Croatian architect Vlado Milunic, was completed in 1996. It houses offices, a restaurant, a bar and a small hotel 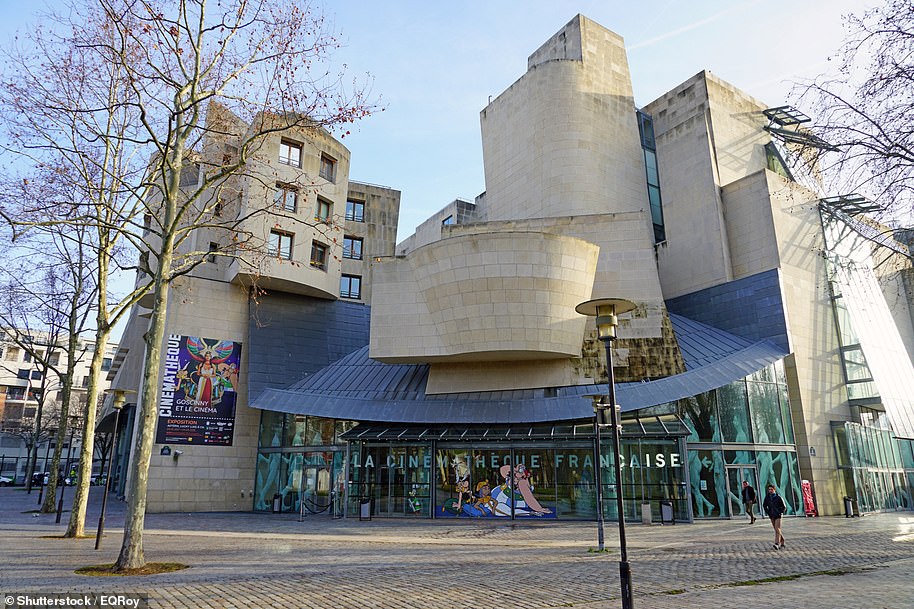 The Cinematheque Francaise is home to a humungous collection of movies and cinema-related objects, some of which are extremely rare, and has three screening rooms