The exact salary you need to earn to be truly happy in Australia is revealed – so are you making enough?

For Australians to be happy, they need to earn at least $174,800 a year, according to new data, nearly double the national average salary.

Workers need to be taking home the healthy six-figure salary annually to prevent themselves becoming unhappy, according to money and finance website Expensivity.

The data also revealed Australia has the second highest ‘happiness premium’ in the world, just behind Bermuda and a touch in front of Israel – meaning workers need more money to be happy here than in many other nations.

New Zealand ranks number five on the list, with Kiwis required to earn a salary of $166,249 a year to reach the threshold deemed necessary for happiness. 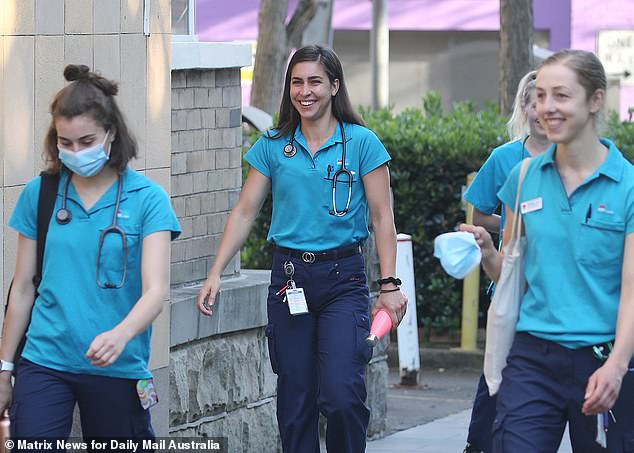 New figures reveal Australians need to be earning $174,800 a year to prevent themselves becoming unhappy, although it is noted income is just one contributing factor of happiness (pictured, health workers in Sydney)

Expensivity used research from Purdue University in the United States to compile their global list of countries that require the highest – and lowest – salaries to live a comfortable and stress-free life.

‘Scientists at Purdue have even put a figure on unhappiness. If you live in the United States, US$105,000 will help to stop you from becoming unhappy. Anything you earn over that figure will have a negligible effect on your sense of satisfaction,’ the research says.

The ‘happiness premium’ for every country was converted from the American figures, using the World Bank’s Purchasing Power ratios.

The latest figures from the Australian Bureau of Statistics reveal the average weekly ordinary time earnings for full-time adults is $1,711.60 – or $89,000 a year. 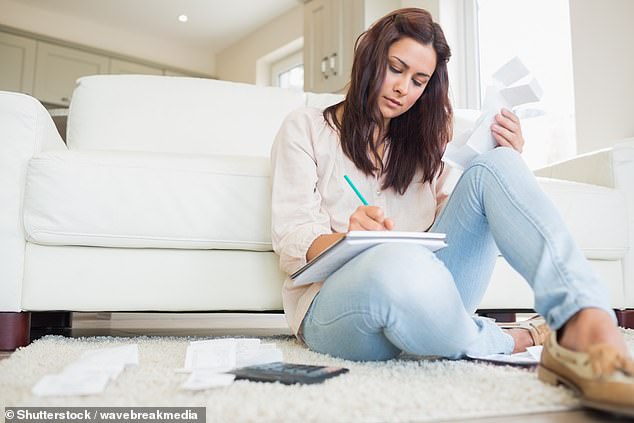 Australia has the second highest ‘happiness premium’ in the world, just behind Bermuda and ahead of Israel – and more than double the average income (stock image)

Citizens in Suriname, a small country in South America, require the smallest salary to find happiness at just $8,768 per year, following by Argentinians who need to earn just $11,318.

However, Expensivity noted income is just one contributing factor of happiness.

‘While money isn’t everything, if your environment is right, then having enough of it gives you the cushion you need to build a masterplan for being happy into your routine,’ the Expensivity website said.

COUNTRIES WITH THE HIGHEST PRICE OF HAPPINESS

COUNTRIES WITH THE LOWEST PRICE OF HAPPINESS