Until the pandemic struck, Margot de Broglie associated investing with the macho culture of The Wolf Of Wall Street – living fast and taking wild risks.

She had heard her male friends discussing volatile investments such as cryptocurrency, while her female friends kept their savings in safer bank accounts.

Yet Margot, 23, is now one of the growing number of women to embrace the stock market – and reap the rewards. 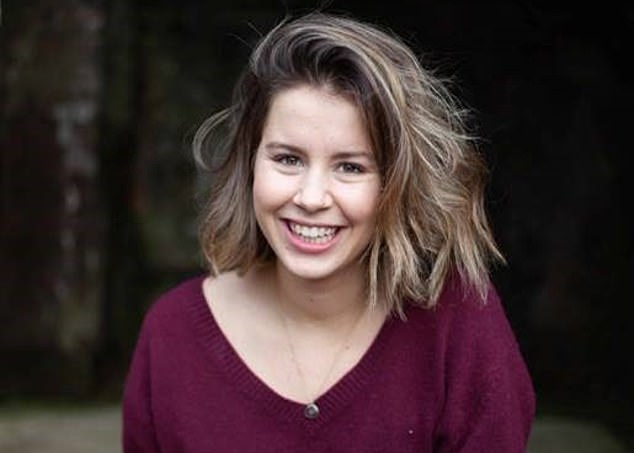 A very canny move: Margot de Broglie, 23, from London, is now one of the growing number of women to embrace the stock market – and reap the rewards

Invesment platforms reported a dramatic rise in the take-up of Isas and self-invested personal pensions (Sipps) among female investors.

A third of women who had previously thought about investing did so for the first time with money saved from being stuck at home, according to a survey by Barclays Smart Investor.

Investment service Nutmeg opened 20,000 new accounts for women last year, accounting for 40 per cent of all openings compared with 35 per cent in 2019.

And stockbroker Charles Stanley says its male to female ratio shifted from 70/30 to 60/40.

A study by Nutmeg found a third of women found the virus crisis had made them see investing as more important, with 40 per cent re-evaluating their investment priorities because of coronavirus.

Before the pandemic, the top reason for investing among women was to buy a house – but this has now been toppled by the need to build a financial buffer against unexpected events.

Margot, from Hackney, East London, was used to saving between £150 and £500 a month but Covid forced her to re-evaluate her goals. 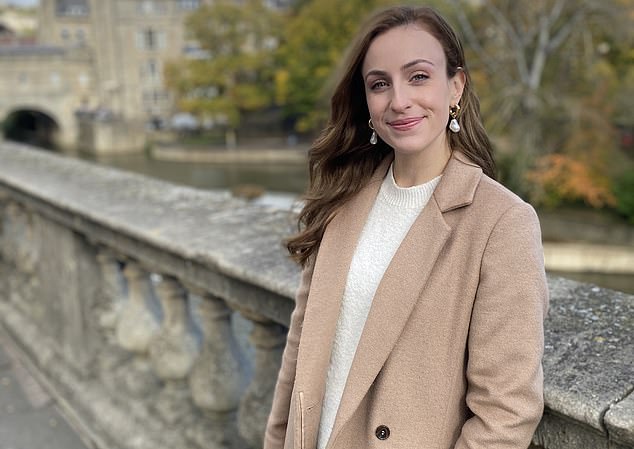 She says: ‘I realised my money was not growing fast enough in banks. I had always thought of investing as gambling and worried I would need to spend all my time researching it or take huge risks.’

After a conversation with her sister, Alexia, 25, who works in financial services, Margot decided to invest in exchange traded funds (ETF), which typically track the performance of a specific stock market index.

Margot, who recently launched a financial education app, opened an account with platform Wealthify in April and invested £50 in a range of ETFs and index funds. Within a month it had grown to £54.

She says: ‘That £4 was so exciting to me. I also felt like I had earned it without doing anything.’

By November she had switched to investment firm Vanguard, and put £3,200 in its Environmental Social Governance U.S. Stock ETF — which has grown 7.7 per cent in the past three months. 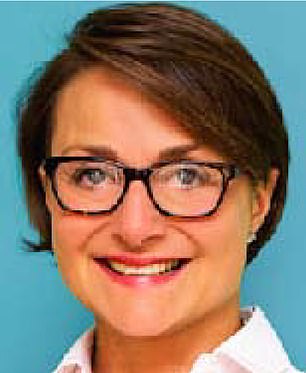 Business coach:  Sarah Stirling began investing in May with £20,000 of savings

She says: ‘The pandemic gave me more time to reassess my long-term goals. Investing early means I could have £1 million by the time I retire.’

Kat Mann, savings and investment specialist at Nutmeg, says: ‘While 2020 was undoubtedly a difficult year, some people have seen their income stay the same while their outgoings have fallen significantly.

Perhaps more so than before, the importance of having a rainy-day fund has been brought to the fore; and people want to ensure some financial security for their future.’

Natalie Bruce, 27, was determined to start investing last year after reading about how few women do.

She had always been risk-averse and concerned about losing capital, but when her boyfriend showed her a news story on how few women were investing, she opened up her own stocks and shares Isa with Fidelity in April.

Natalie, a financial press officer from Clapham, South-West London, says: ‘Investing had always felt like it was shrouded in mystery. It’s not as complicated as some people might think.’

She plans to leave her money in the Isa for at least five years and spend it on a house or wedding.

Becky O’Connor, head of pensions and savings at Interactive Investor, says: ‘In a year when some people had more time for financial admin, younger workers — and women especially – were able to finally grasp the nettle and get their pension to the top of their to-do lists.

‘It’s great to see signs that the important message around the gender pension gap could be sinking in.’

Business coach Sarah Stirling, 57, began investing in May with £20,000 of savings stuck in a low-interest bank account. The mother-of-two says: ‘I had no plans for this money as lockdown meant we could not do much.’

But it was only after attending an investment class run by Elizabeth Pearson that she took the plunge.

She opened an account with Nutmeg and put more than 90 per cent of her money in developed markets, and the rest in emerging markets and cash.

Sarah, who splits her time between London and Suffolk, says: ‘Within the first week it had fallen to £18,000 and I thought, ‘What have I done?’ But I sat tight and it recovered. Since last year my money has grown almost 28 per cent.’

She says: ‘Investing has been my choice and was my decision — it has been empowering. I want to be able to travel in the future and not have to ask anyone for it.’

Yet men still vastly outnumber women when it comes to investing. Despite having more than 100,000 female investors on its platform, 70 per cent of Interactive Investor’s customers are men.

And the pandemic could also stop more women from investing.

Anna Lane, chief executive of financial insight firm The Wisdom Council, says: ‘The impact of the pandemic on women is exponential compared to men.

Younger women in particular have been badly affected because they are exposed to sectors that have been more economically impacted like leisure and retail.’

The three biggest myths about women and investing are that women lacked confidence, they don’t like taking risks and they have consciously decided not to invest.

Anna adds: ‘Women just don’t see themselves as investors. But when they do invest they are just as successful as men.’

Although she thinks we still have a long way to improve female investor numbers, she is optimistic change is coming.