Chef, 38, denies allegations he gang raped a teenager with two underage boys in the back of a pizza shop after she was drugged

A man who allegedly raped a woman out the back of a pizza shop where he worked made up three different versions of events, a Sydney jury has heard.

Ricardo Audish has pleaded not guilty to three counts of aggravated sexual assault in company after the encounter with the 18-year-old woman in the southern Sydney eatery in October 2016.

The Crown alleges that Audish, then 38, and two underage boys assaulted the woman while she was drugged, and then sought to get their stories straight when she went to police.

Judge David Arnott is summing up the case for the District Court jury following more than two weeks of evidence, saying the Crown submits the panel ‘would not believe a word of the accused.’ 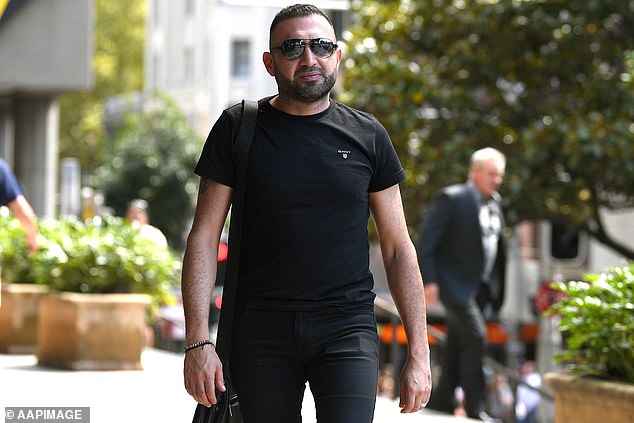 The 41-year-old originally said he was not working at the pizzeria during the alleged assault, but this version was ‘thwarted’ by a co-worker’s statement that placed him there, crown prosecutor Kate Nightingale has submitted.

She points to the co-worker’s police statement in which he wrote Audish said ‘if police ask, tell them I wasn’t there’.

But defence barrister Eugene Wasilenia says this conversation is not believable.

DNA forensic evidence of Audish’s semen ‘put a stop to the (second) false story’ that he did not have sexual intercourse with the woman, Ms Nightingale said.

Mr Wasilenia earlier told the jury Audish lied about having consensual sexual intercourse because he was married. 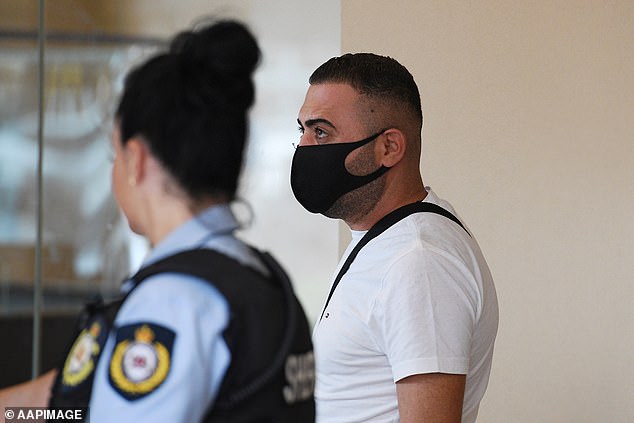 The 41-year-old (pictured arriving at court on March 2) originally said he was not working at the pizzeria during the alleged assault, the court was told

Judge Arnott outlined key aspects of the case including the woman’s claim she was given a bong filled with cannabis inside a toilet cubicle by one of the underage boys, but its effect was unlike anything she had ever felt before.

She began feeling dizzy and her head was spinning when Audish allegedly asked if she was OK, while she was shaking.

Her memory then becomes patchy and her next recollection is leaning over a stack of chairs while Audish has non-consensual sexual intercourse with her, Judge Arnott said is the crown case.

Audish earlier gave evidence that he first met the woman in the pizzeria that evening when her then-boyfriend approached him saying she wanted to have sex with him.

Audish says he was surprised and asked ‘me?’ to which the younger male responded ‘yes’.

Outside having a cigarette with the woman he asked her why she wanted to have sex with him, to which she allegedly responded ‘I like you’.

He said he asked her three times if she wanted to have sex and each time she said yes, so he led her past the freezer out the back to where the toilets were.

Audish says she started touching his penis and lifted her skirt up for them to have sexual intercourse, afterward saying words to the effect ‘it was good’. 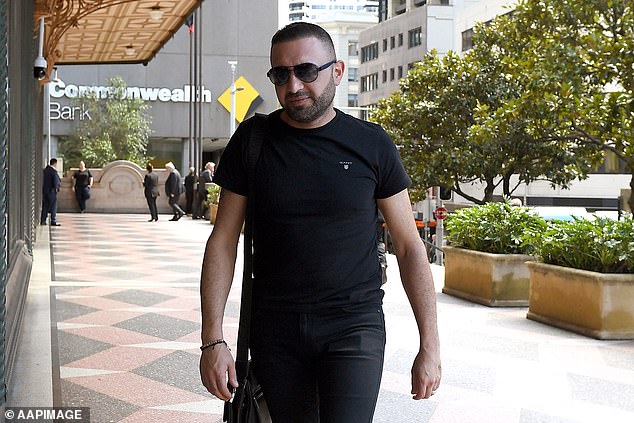 The Crown alleges that Audish, then 38, and two underage boys assaulted the woman while she was drugged, and then sought to get their stories straight when she went to police