Toyota’s next-generation Aygo will run on petrol ONLY: Japanese firm bucks the trend for electric vehicles with city car set to cost less than £12,000

By Ray Massey Motoring Editor For The Daily Mail

Bucking the trend for electric or hybrid vehicles, Toyota’s next-generation Aygo city car will run on petrol only.

With just about every new car seeming to be battery powered these days, the Japanese car firm is bravely putting out a nippy little budget runaround operating on unleaded — expected to cost from under £12,000.

Economics are behind the move. Small electric cars may please ministers and politicians, but unfortunately they are more expensive to produce than petrol vehicles, say car manufacturers. 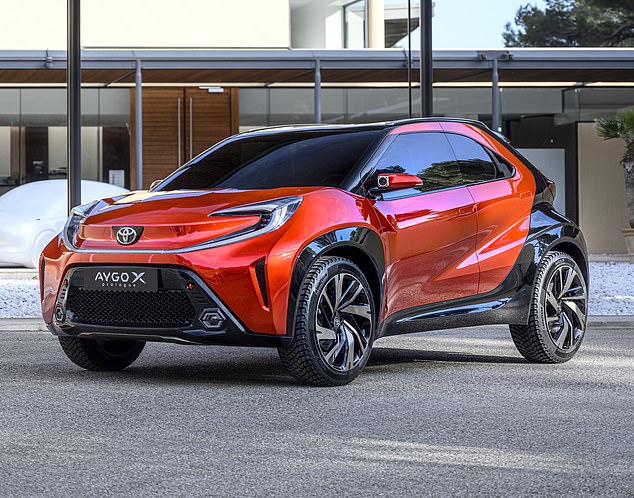 So Toyota — which already has a frugal 1-litre 3-cylinder petrol engine in its current Aygo range capable of up to 68.9mpg — is producing what is expected to be an even leaner iteration.

Aygos sell around the world.

So even when the Westminster ban on pure petrol and diesel vehicles kicks in from 2030, there will still be markets elsewhere.

The car also plugs a big gap for customers who cannot afford an electric car or who don’t have the facilities to charge one at home — many people still do not have on-street parking with charging points nearby.

Then there is another factor: the feeling of many drivers on a budget that they are being bullied by privileged and highly paid ministers into switching to an electric car. 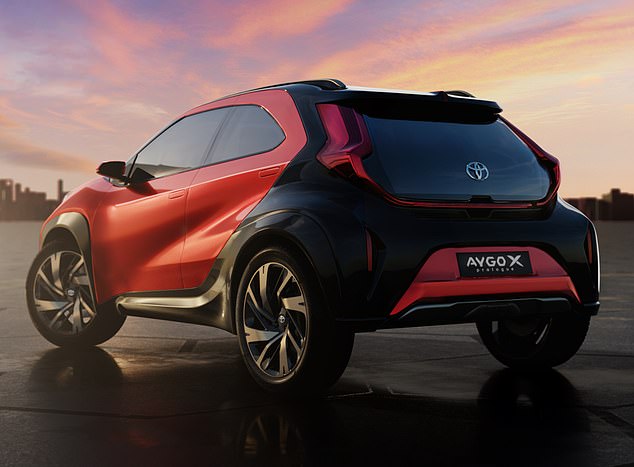 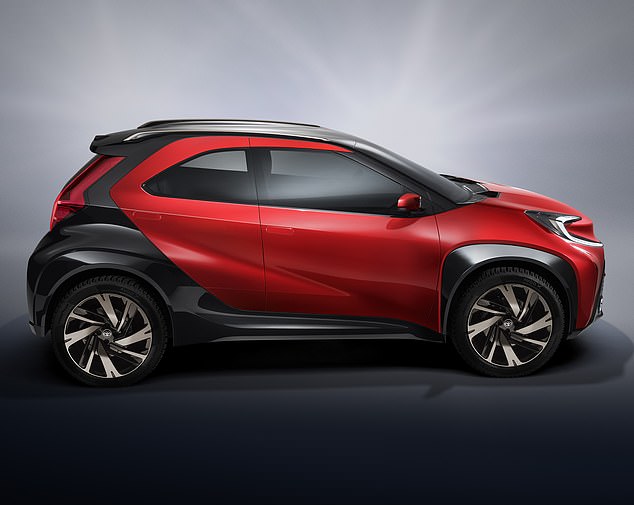 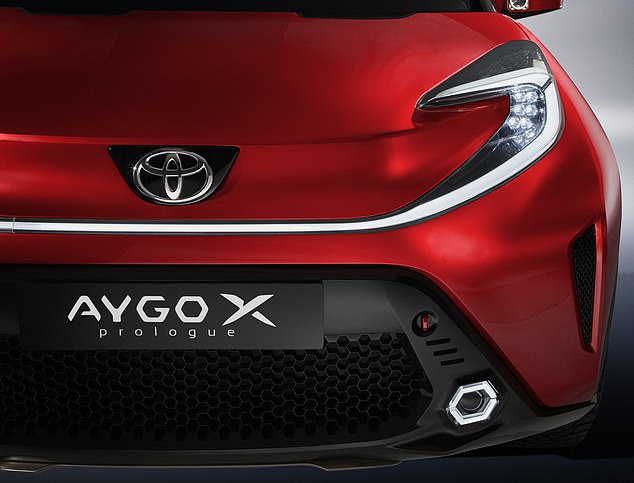 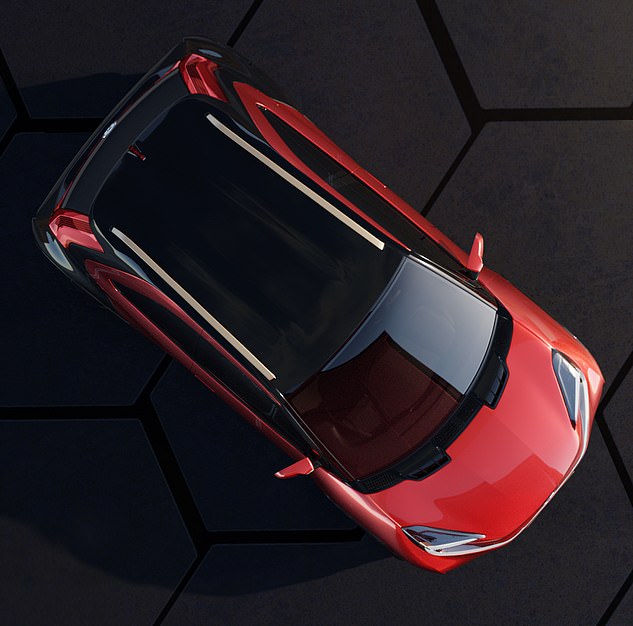 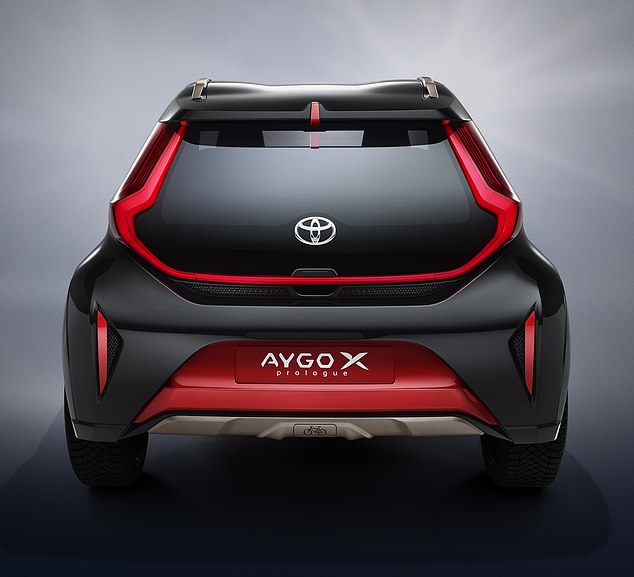 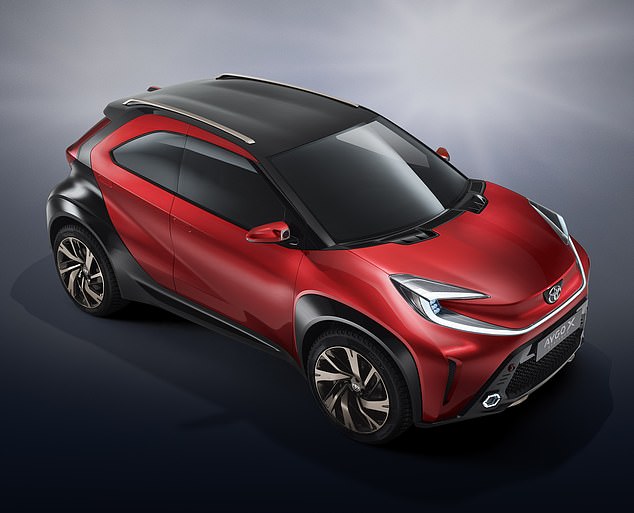 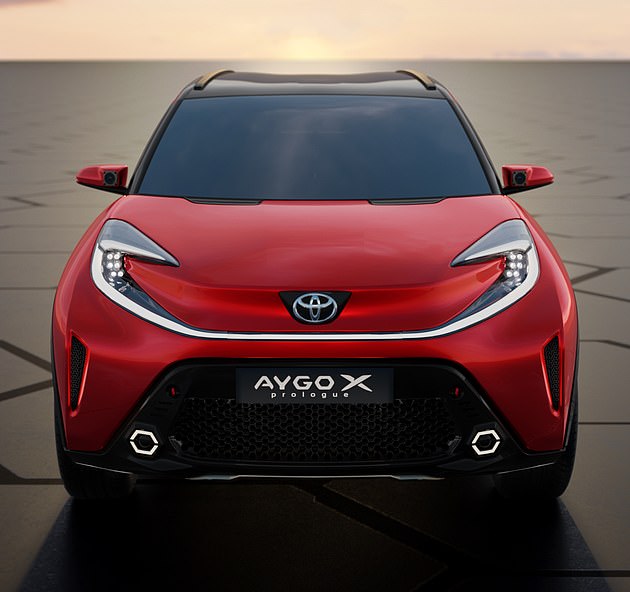 The original Aygo was built in partnership with PeugeotCitroen’s PSA group (now part of the Stellantis empire) with Peugeot making the 108 and Citroen the C1 — all at the same factory in the Czech Republic.

But the French are now bowing out, leaving Toyota with total control of Aygo-only production at the factory. The model shown here, in two-tone ‘sparkling chilli red’ and black, is a near production-ready version called the Aygo X Prologue.

Jaguar Land Rover has ‘harnessed the power of nature’ to develop a Covid virus-busting air-conditioning system designed to blitz the killer virus inside car cabins. 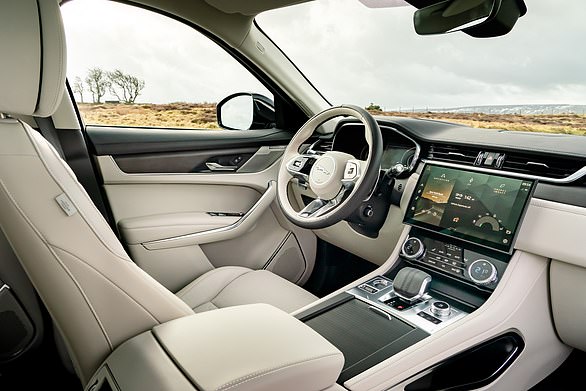 Innovation: Jaguar has ‘harnessed the power of nature’ to develop a Covid virus-busting air-conditioning system designed to blitz the killer virus inside car cabins

Its prototype heating, ventilation, and air-conditioning system uses an advanced version of ‘nanoe technology’ developed by electronics giant Panasonic to ‘inhibit harmful bacteriaand viruses’ and will be used in the cabins of future Jaguar, Land Rovers and Range Rovers.