One of the coolest car names from the Swinging Sixties – Radford – is roaring back to life with the backing of former F1 World Champion, Jenson Button.

Fans of the Radford Minis in particular are among the most iconic of the era, including The Fab Four Beatles and screen legend Peter Sellars, who were among the glittering stars and fashion movers and shakers to drive bespoke cars tweaked by the British coachbuilder, founded in 1948 by Harold Radford.

Now, Button, the 2009 Formula One champ, has teamed up with TV presenter and car builder Ant Anstead, car designer Mark Stubbs, and business adviser and lawyer Roger Behle to bring Radford back to life in the 21st century – with the first car already in the pipeline. 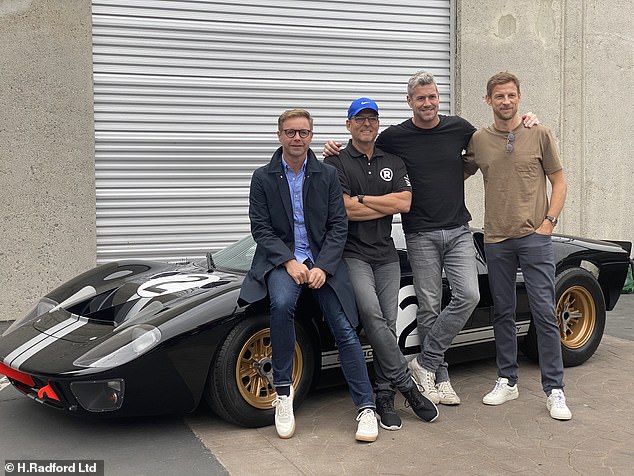 A motoring journalist in 1963 reported that the Radford Mini ‘attracted more attention than a Ferrari Berlinetta’.

It will make a return in 2021 as it rides the wave of a ‘renaissance in the art of coachbuilding’.

The firm relaunching the name said the revived marque’s first bespoke commission is already in the ‘advanced stages’ and will be revealed soon. 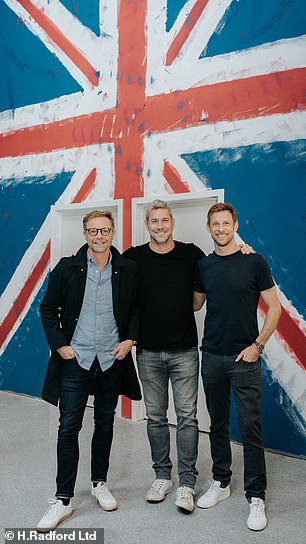 The new Radford cars will be created around the company’s traditional motto: ‘Design. Build. Drive’.

Design is being overseen by automotive designer Mark Stubbs, while the build is the responsibility of co-owner and TV car builder Ant Anstead.

Button will track test and tune each car to offer what the firm promises will be ‘a superlative driving experience’.

Harold Radford created his own coachbuilt special editions of various models, focusing on British brands including Bentley and Rolls-Royce.

However, the name is most synonymous with Mini, with Radford famously producing four bespoke Minis for the Beatles at the height of their fame, with two of the cars recently selling at auction for over £100,000.

Just one year earlier, Ringo Starr’s Radford Mini Cooper S was bought by former Spice Girl Geri Halliwell for £102,000 at auction. The bespoke British car featured a hatchback boot so Starr could fit his drum kit in the back. 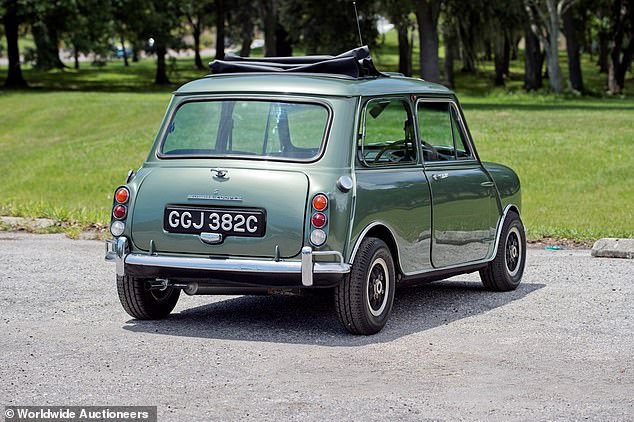 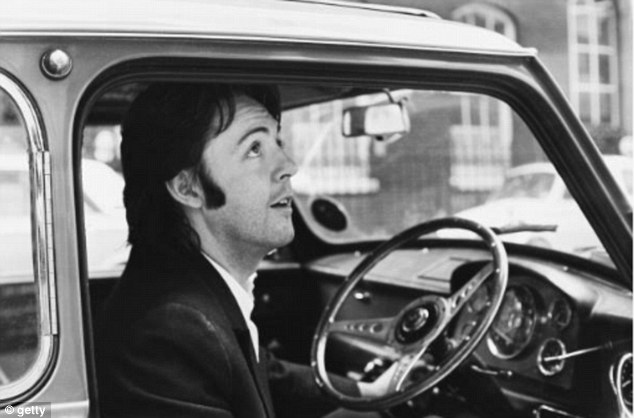 Paul McCartney sits in his Mini after it was purchased for him. His bandmates were bought identical cars 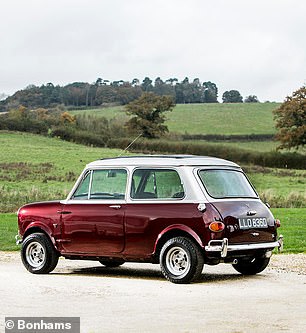 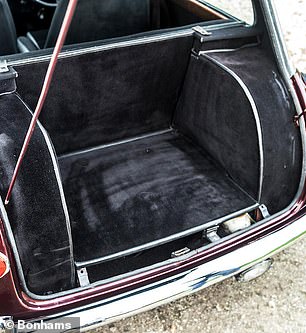 In December 2017, Bonhams auctioned off Ringo Starr’s Radford Mini Cooper S – which was bought by former Spice Girl Geri Halliwell for £102,000. The bespoke British car featured a hatchback boot so Starr could fit his drum kit in the back 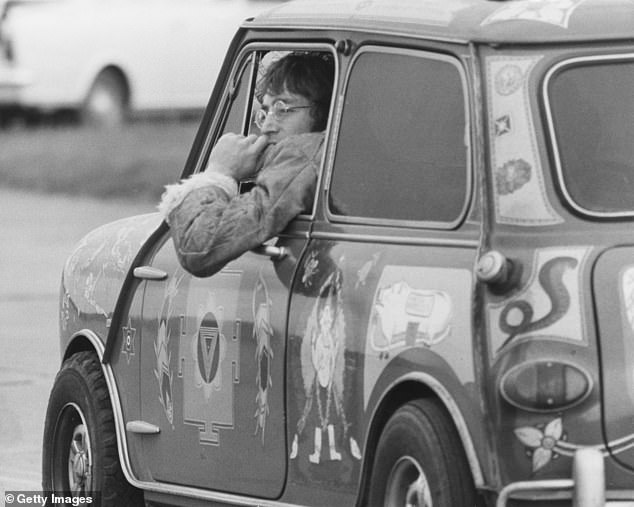 Singer and songwriter John Lennon (1940 – 1980) of the Beatles, in a psychedelic Radford Mini de Ville owned by George Harrison at West Malling Airfield, Kent, 7th November 1967. The Beatles are at the Aerodrome for work on their TV film ‘Magical Mystery Tour’. (Photo by Keystone Features/Hulton Archive/Getty Images)

A spokesman for the new Radford team said: ‘Radford is being brought back to life to once again play a leading role in creating bespoke global luxury cars.

‘The marque is being revived to create contemporary luxury commissions true to classic timeless designs, bringing a modern and relevant version of Radford coachbuilding, to a new discerning clientele.’

Commenting on his involvement in the project, Button said: ‘To be able to help revive this iconic name is such a special and unique opportunity. The Radford brand carries such prestige and magnetism for anyone with an appreciation of cars.

‘The work that Harold Radford and his team were responsible for in the mid 1900s is simply incredible, so I jumped at the chance to join Ant and Mark in their quest to put the ‘Radford’ name back in lights.’ 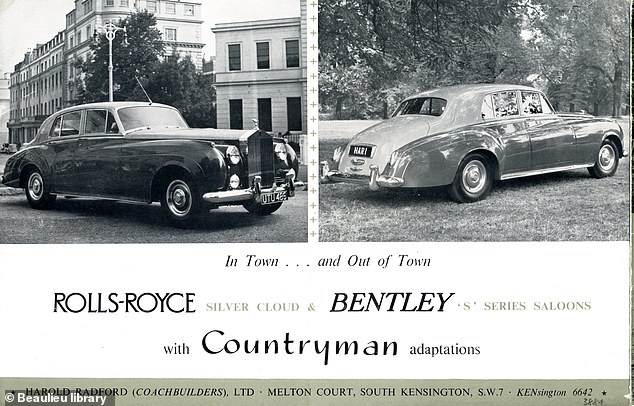 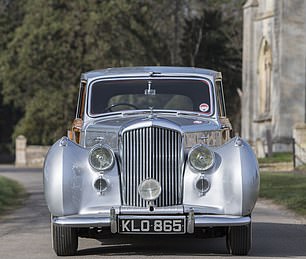 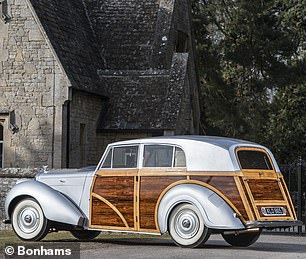 Designer Mark Stubbs said: ‘It’s the perfect time for the Radford brand to be rekindled. Harold Radford’s creations were the ultimate in personalised, tailored transport and with the renaissance of the art of coachbuilding now is the time to bring Radford back in contemporary form.

‘We intend to create designs that will be true to the Radford legacy.’

He added: ‘One question we will keep asking ourselves is ‘what would Harold do if he were here today’. and that is going to shape our thinking for the exciting cars in our immediate future.’

TV car builder Anstead said: ‘The time for a revival of proper coachbuilding is right now. People want something unique, something different and something tailor-made.

‘Our cars will offer the ultimate in global luxury and personalisation, blending British heart and soul, state-of-the-art technology with traditional craftsmanship.’

He added: ‘We are proud to be reviving Radford and humbled to be custodians of this legendary company.’

The team described Radford as ‘a global luxury automotive brand with a British heart and soul’.

It will continue to create ‘on-trend vehicles based on classic timeless designs’ adding:‘It draws on the heritage and craftsmanship of Harold Radford, the creator of countless bespoke vehicles, to offer customers opulent coach-built and personalised cars’.

Button said: ‘The journey has very much begun, and news of our first car will follow shortly. So watch this space.’ 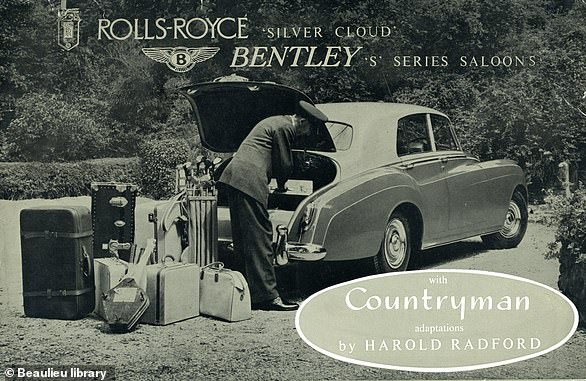 Radford was originally founded in 1948 as ‘Harold Radford (Coachbuilders) Ltd’.

After the Second World War, founder Harold Radford, made a name for himself offering coach-built Bentley and Rolls Royce motor cars.

Radford made its debut at the London Motor show in 1951, where it showed the luxurious Bentley ‘Countryman’. The company was also involved in creating bespoke fibreglass bodywork for the prototype GT40, but it was Radford’s modification of Bentley models and later Minis, that gave the company its admired reputation for luxurious, tailored bespoke automobiles.

The firm went into voluntary liquidation in 1966 but continued to trade.

Over the decades it has gone through a number of ownerships but failed to revive the glory of its heyday, which the new owners hope put right.