Premium clothing retailer End has been snapped up by private equity giant Carlyle Group for about £750million.

End, which specialises in ‘streetwear’ such as designer trainers and jeans, was founded in Newcastle in 2005 by university friends Christiaan Ashworth, 38, and John Parker, 39.

The pair, who invested £20,000 each, will join the ranks of the super-rich after selling most of their majority stake to Carlyle. 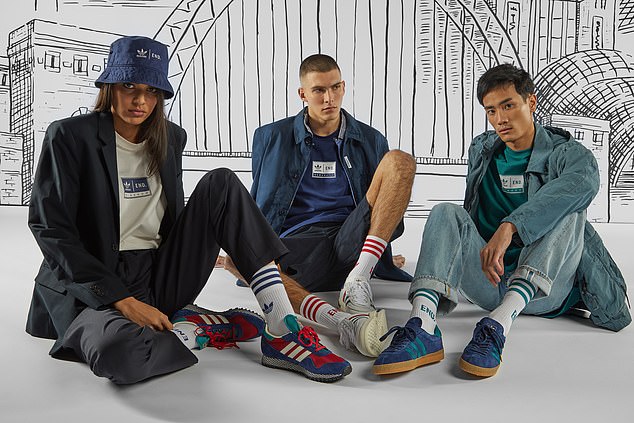 End, which specialises in ‘streetwear’ such as designer trainers and jeans, was founded in Newcastle in 2005 by university friends Christiaan Ashworth, 38, and John Parker, 39

End did not say how much of the business Ashworth and Parker were offloading, but at an estimated £750million they will probably have raked in several hundred million each.

The pair will retain a ‘significant minority stake’ and be co-chief executives.

Carlyle boss Massimiliano Caraffa said: ‘We are attracted to End’s distinctive style, which mixes luxury and contemporary brands with the best in sneakers and sportswear.’

End, which sells brands from Adidas to Gucci, has three stores – in Newcastle, London and Glasgow.

But its largest revenue source is its website, as Ashworth, with his economics degree, and Parker, with his IT degree, realised the power of e-commerce.