The tycoon at the heart of the Football Index scandal is a former public schoolboy who launched the world’s first ever pornography VHS company.

Football fans lost £58million after the betting firm fell into administration last week – in what is believed to be the biggest failure of a gambling business in British history.

The collapse has left thousands of victims with massive losses, in some cases running to more than £100,000, leading some to accuse bosses of running a ‘pyramid scheme’. 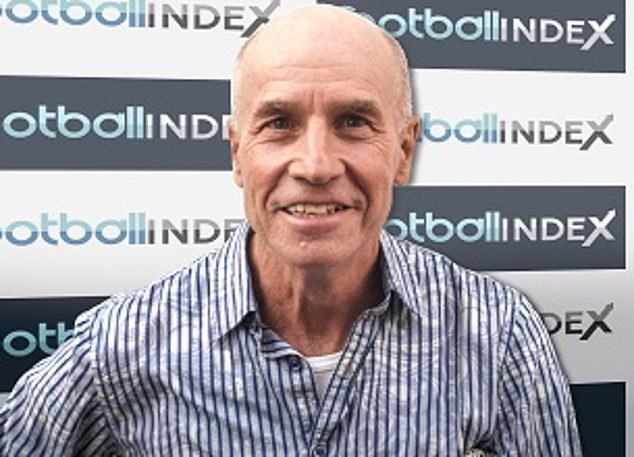 The collapse of Football Index, founded by Adam Cole (pictured) has left thousands of victims with massive losses, leading some to accuse bosses of running a ‘pyramid scheme’

At the heart of the mayhem is super-rich founder Adam Cole, 70, who has been accused of a litany of irresponsible statements that led vulnerable players to pump more money into the platform than they could afford to lose.

The website has been suspended, trapping users’ deposits, and Championship sides Nottingham Forest and Queens Park Rangers have ditched it as their shirt sponsor.

The Gambling Commission has launched an investigation and victims are preparing a group action with Leigh Day, a specialist solicitor.

One victim, Todd Garber, said: ‘The way this was marketed to me, it looked like an investment. At my peak my portfolio was worth £50,000. We don’t know where the money’s gone, it feels like a big con.’

Many former customers have directed their anger at Cole (pictured right), who acted as the public face of the firm.

His business career began in 1979 with the launch of Electric Video, which produced soft pornography films on VHS, including special editions commissioned by the Playboy Channel. He later said: ‘We dubbed them into numerous languages… not that there was much dubbing to do.’

The twice-married father first thought of the idea for a fake stock market in 2000, when a friend’s wife said they would rather buy shares in celebrities than stocks. Cole ‘pulled the rug’ when it flopped, repackaging the idea as Football Index, which went live in 2015.

The platform allowed gamblers to buy ‘shares’ in professional footballers and receive dividends based on their performance. They could then trade them with other punters for profit, paying a small commission to the platform. 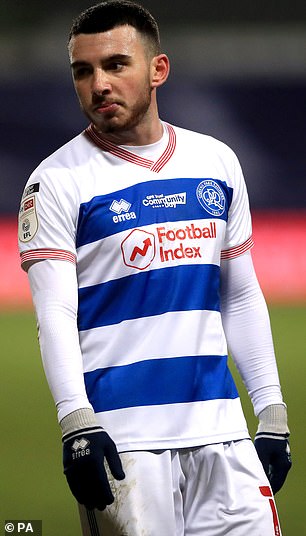 Customers piled money in on the promise of ‘guaranteed yields’ and returns that beat traditional investments. Cole, who attended boarding schools Harrow and Millfield, promoted the company at events, on social media and via personal emails.

But, there were many troubling comments, which punters now claim led them to believe their money was safer than it actually was.

At one Football Index event he joked: ‘All you’ve got to do is max out your credit card, effectively, that’s your leverage. As long as you can beat the APR on your credit card.’ In a podcast posted in June, Cole said: ‘We’re only scratching the surface of what this alternative asset class can achieve.’

He told followers that one bet was ‘outperforming the annual Bank of England interest rate every 12 hours’.

Another social media page said: ‘Our product is safer and more predictable than financial markets, all while having fun.’

In 2019 the Advertising Standards Authority admonished Football Index for ‘creating the impression the product was a lucrative investment opportunity’. Even as it collapsed into administration last week its website said that players could ‘make a profit with your football knowledge’.

The hype around the company fuelled its growth. It was named the second-fastest private technology company behind challenger bank Revolut in September 2020, and traded in excess of £700million of ‘shares’.

But behind the scenes the business was burning cash. Victims claim executives hid their difficulties and encouraged more deposits in a desperate bid to bolster their financial position.

Last week, when Football Index was forced to slash payouts to customers, the market crashed.

Matt Zarb-Cousin, director of Clean Up Gambling, said: ‘Adam Cole has serious questions to answer regarding the public statements he made, which encouraged users to deposit more into an unsustainable platform.

‘It’s one thing to lose money on a fair wager based on the performance of a footballer, but the gamble shouldn’t have to extend to the solvency of the platform you’re betting on.’

Cole, who is listed on Companies’ House as living with his publisher wife Eleanor at a £2.75million house in Buckinghamshire, is said to be involved in the clean-up effort.

The case raises questions for the Gambling Commission, which only suspended Football Index’s gambling licence after it went bust, leading critics to accuse it of being ‘asleep at the wheel’.

Football Index said: ‘Our priority is to safeguard the interests of our customers and we believe the best outcome for our community will be to continue the platform in a restructured form.

‘Our business model does not, and never has, relied on new users coming into the market. Suggestions that the platform bears any comparison to a pyramid scheme are based on a fundamental misunderstanding of how the platform operates.’

A cross-party group of MPs has demanded culture minister Oliver Dowden launch an inquiry into how it was regulated.