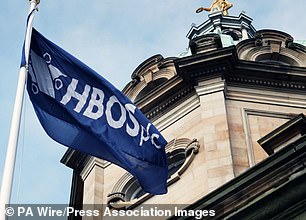 No evidence: The National Crime Agency has ditched its probe into alleged fraud at HBOS Reading

The National Crime Agency (NCA) has ditched its probe into alleged fraud at HBOS Reading, more than two years after it was due to complete.

The law enforcement office was looking into wider suspected criminality at the Reading branch of HBOS, following the successful Operation Hornet conducted by Thames Valley Police, which led to the conviction of six corrupt bankers and advisers in 2017.

A judge in that case ruled that HBOS bankers had loaded small business customers with too much debt, and referred them to corrupt advisers who milked them for fees.

In 2018 Thames Valley Police asked the NCA to examine further allegations which were outside the scope of its initial Operation Hornet.

That review was supposed to take six months to complete.

But the NCA said last night that its probe ‘did not identify any clear evidence of criminal offending, and concluded that there is very limited likelihood of achieving the required level of evidence to support a prosecution’.

It added that it had ‘decided not to open a criminal investigation into this matter’.

The announcement will come as a relief to Lloyds Bank, which bought HBOS in 2008 and is still trying to compensate victims of the proven frauds at HBOS Reading.

But small business owners who had been HBOS Reading customers, and claimed they were victims of fraud, were left furious last night.

‘Many of the HBOS Reading victims have still not been compensated.’

A spokesman for Lloyds Banking Group said: ‘We assisted all NCA requests for information made to us as part of their review.’