A former McDonald’s burger flipper with no university degree now makes $15,000 a month as a TikTok video star with seven million followers.

Adam Milardovic, 25, from Melbourne, had previously struggled for five years making YouTube videos of himself approaching attractive young women on the street and trying on his best pick-up lines.

However, the social media influencer last year found success with TikTok because the algorithms favour new entertainers who can make punchy, 20-second videos for viewers to scroll through.

In the daily clips, he confidently wins over the ladies who already have a boyfriend with a simple trick, winning legions of young, male fans who either wish they were so smooth – or just want to leave a narky comment.

Brands that have pay Adam to endorse them on TikTok

Thanks to his success,clothing brands now pay him to wear their product in his daily videos while a dating app also gives him money to give them a mention.

Milardovic’s day typically involves him approaching a young woman on the street in the middle of Melbourne as a friend records the whole thing on an Apple iPhone to make a short video.

‘They’re all random. I’m spending like about usually like four or five hours trying to find the right person for the video,’ he told Daily Mail Australia.

‘I usually just explain the idea to them, “I want to take 20 seconds of your time to do a quick, little video. Are you down?”‘

He comes up with ideas himself and finds a willing participant in busy places like the outside the State Library of Victoria.

‘If I have an idea, I write it down but most times it’s all in my head – sometimes I have an idea that pops up in the shower,’ he said.

Taylor Reilly, 21, who manages the business side of Milardovic’s success, said the income came from brands wanting to appeal to men aged 18 to 28, and not the TikTok videos themselves.

‘You don’t really make money off the short-form content – you can’t really monetise it on TikTok,’ he said. 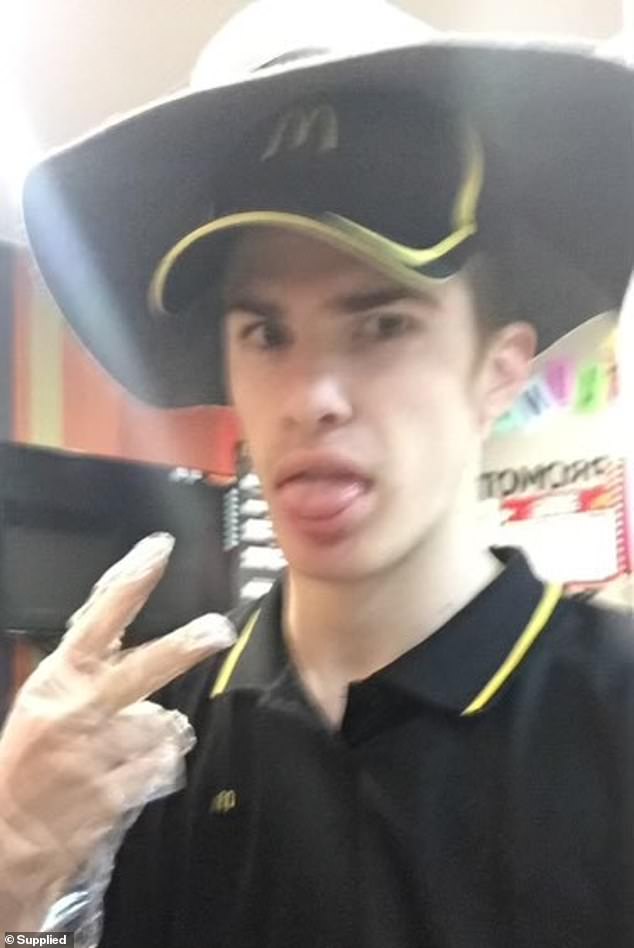 A former McDonald’s burger flipper now makes $15,000 a month as a TikTok video star with 7million followers (pictured is entertainer Adam Milardovic in his early twenties) 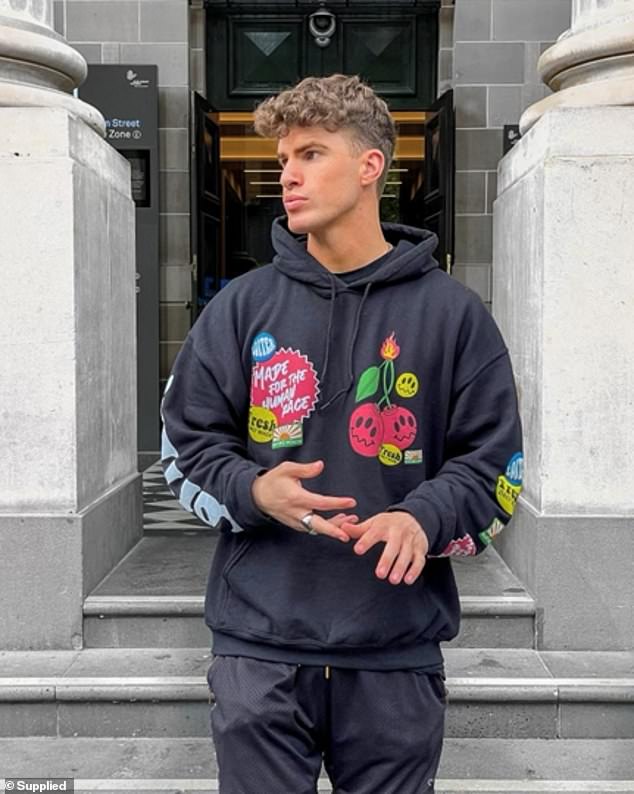 Adam Milardovic had previously struggled for five years making YouTube videos of himself approaching attractive young women on the street and trying on his best pick-up lines, only to garner 20,000 subscribers

‘I don’t really make anything on TikTok – it’s probably zero.

‘All of our revenue streams come from brand collaboration.’

Having their products feature in a popular TikTok video means the brands are seen by younger consumers who would overlook advertisements.

A video in a YD clothing store, asking a woman if she had a boyfriend, had 7.9million views while a video in a park of Milardovic wearing a Cotton On shirt, to hit on a woman with her boyfriend, was seen 3.6million times.

Unlike many other content creators, Milardovic is also older- being in his mid-twenties.

‘I can tell you it’s his confidence,’ Reilly said.

‘The ability that he can go out in public  – he just walks up to a group of Canadian girls.’ 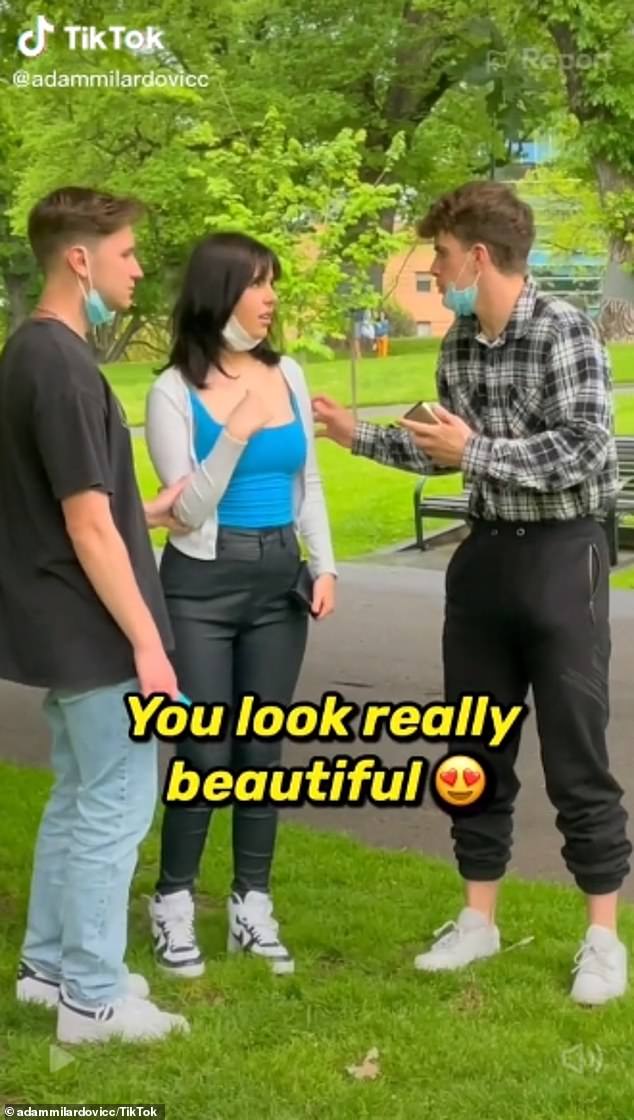 Thanks to his success, having 7million TikTok fans, clothing brands now pay him to wear their product in his daily videos while a dating app also gives him money to give them a mention (pictured is a video sponsored by Cotton On) 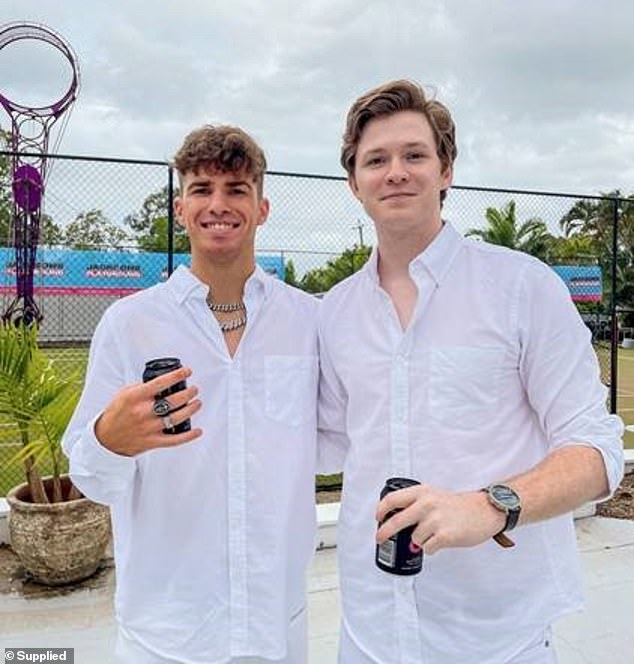 Taylor Reilly, 22, (right) who manages the business side of Adam Milardovic’s (left) success, said the income came from brands wanting to appeal to men aged 18 to 28, and not the TikTok videos themselves

2. Grab the attention of viewers in first two to three seconds

3. Do or have something that will get people commenting – even with nasty remarks

4. Have short videos that appeal to a demographic companies want to reach

A good TikTok video also has to grab the attention of viewers with a short attention span.

‘We’ve almost got it down as a science,’ Reilly said.

‘It’s pretty much a science: we have a few rules that we want in all of our videos.

‘Following basic marketing principles, if you’re running an ad or anything like that, the first two to three seconds of your video are the most important to capture someone’s attention: punchy, engaging.’

Videos with more comments are also more likely to be shared more.

‘Something we’ve learned over a few years of doing this is comments really boost your videos: people commenting, the algorithms send the video wild,’ Reilly said.

‘The hate comments are driving it even more,’ he said.

To boost comments, Milardovic deliberately has people doing things in the background, like taking off their shoes or mispronouncing words. 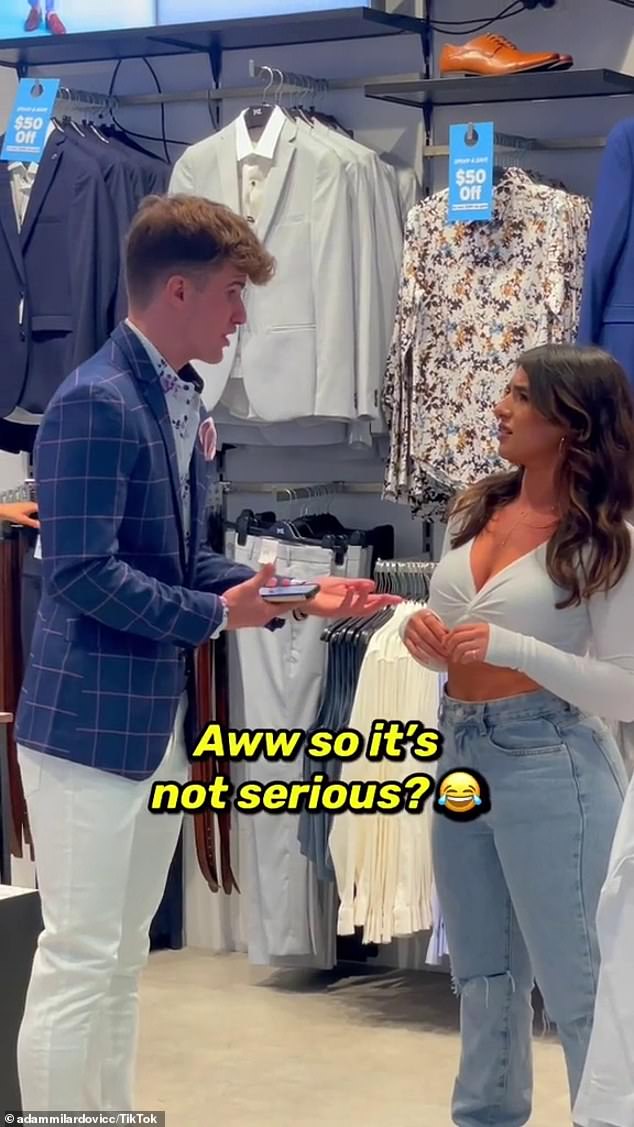 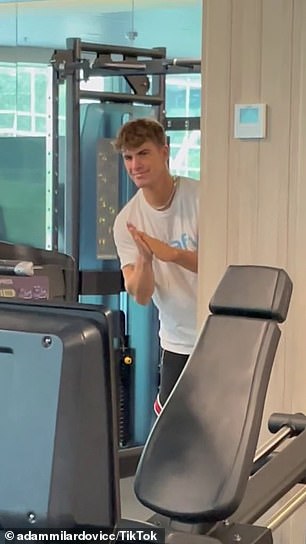 ‘He’ll have the person in the video mispronounce a very common word so that everyone goes to the comments actually thinking they’re the only one who notices,’ he said.

Milardovic said it was possible to have a big following on TikTok without looking like a model.

‘You don’t have to be good looking or tall,’ he said.

‘Make you have a personality, you’re funny, because the people that can make videos on TikTok and they can get a major following, some have to be somewhat of a personality to make it further.’

TikTok success however, took years, with Milardovic living with his parents until he was 24, and working 15 jobs including five years at McDonald’s, along with stints at Woolworths, Coles, at a gym, a caravan company and as a plumber.

‘I worked everywhere basically. I was so focused on making content and wanted to make this work so bad to make sure I could be successful,’ he said.

‘My parents were just like, “You’ve got to get a real job”.’