Hopes of a higher bid for airport services firm John Menzies sank after its suitor decided to play hardball.

National Aviation Services (NAS), which last week made a £469million approach to Menzies, said its offer was ‘full and fair’, hinting it would not be putting more money on the table.

Menzies, which provides services such as baggage handling and aircraft fuelling, had rejected the 510p-per-share offer, branding it ‘entirely opportunistic’. 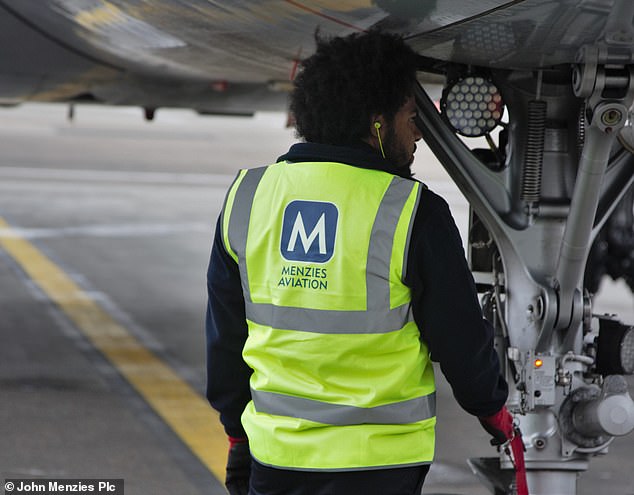 Final offer: National Aviation Services, which last week made a £469m approach to Menzies, said its offer was ‘full and fair’, hinting it would not be putting more money on the table

But NAS chief executive Hassan El-Houry said: ‘We made a compelling offer that represents a 76 per cent premium to the share price less than two weeks ago.

‘As operators ourselves, we also see a sector facing a number of challenges and a company that lacks the balance sheet to thrive.’

He blasted Menzies for failing to engage properly with NAS, and said he planned to speak to shareholders directly. Menzies’ stock slipped 3.5 per cent, or 170p, to 465p.

Travel and bank stocks were hit, as investors worried about the effect which a war in Ukraine could have on holidays and the economy more broadly. 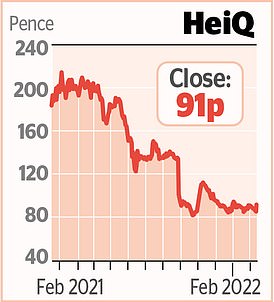 The money will fund a pilot factory to create the Aeoniq fabric. Hugo Boss’s investment values the Aeoniq subsidiary at £148million, more than the current market value of the entire company.

It will invest a further £3million if the project hits future milestones.

Aeoniq is designed to replace synthetic fibres such as polyester and nylon.

The latest fears over the economy will come as an unwelcome distraction ahead of the banks’ full-year results season. Standard Chartered – down 1.4 per cent or 7.8p to 550.2p – is due to kick off the fourth-quarter results announcements on Thursday.

Banks are expected to report decent numbers, after a year of red-hot mortgage lending, the release of money set aside to cover Covid losses and a recovery.

Richard Hunter, head of markets at Interactive Investor, said: ‘The embarrassment of riches which the banks are holding augurs well for the reporting season, as the excess capital will probably need to be deployed.

‘The strength of the banks’ CET1 ratio – the capital cushion the banks are required to hold – is in rude health.’

This boded well for dividends and share buybacks, he added.

On junior stock market AIM, IT services company Redcentric slipped as investors digested the news that its former chief financial officer and finance director had been found guilty of false accounting on Friday, after the market closed, in prosecutions brought by the City watchdog.

Redcentric is now run by a new board and management team. It said it was ‘pleased to note that those responsible have been held accountable and that the FCA’s investigation and prosecutions have now reached their conclusion’. But shares still slid 6.4 per cent, or 8p, to 118p.

Two of the UK’s ‘intellectual property’ – or IP investors – which plough money into technology developed by start-ups and university spin-outs, had positive updates.

Frontier IP Group sold another 207,299 shares in its US portfolio company Exscientia, for around £3.2million. Just last year they had been valued at £1.75million. But its shares were flat at 96p.

Rival IP Group dipped 1.2 per cent, or 1.2p, to 96.6p as it contributed £10million to a £35million funding round for Bramble, a London fuel cell firm working on hydrogen-based tech.

Two more companies have said they plan to list in London. Neometals, which develops plants to recycle metals for use in batteries, starts trading on February 28. URA Holdings, a miner focused on Zambia, begins next Monday.