The London Stock Exchange’s boss has pocketed a bumper pay rise after the firm clinched its £20billion merger with data provider Refinitiv.

He is well ahead of the average FTSE 100 chief executive, who earns £3.61million, according to the High Pay Centre. 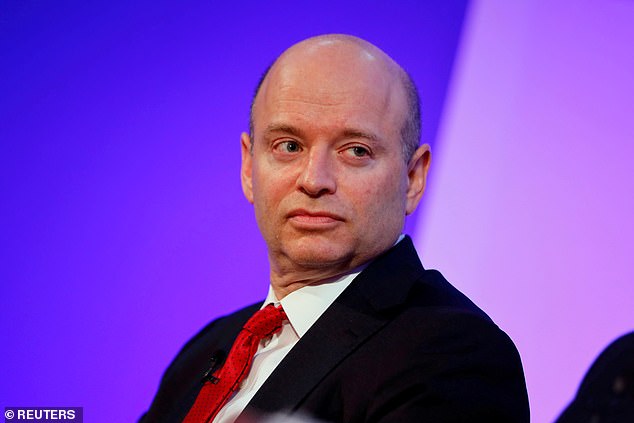 Most of the rise was due to the boost in the LSE’s share price caused by the merger with Refinitiv.

But after a tense few years for the LSE, as it waited to see whether competition regulators around the world would nod through the Refinitiv deal, Schwimmer has also been rewarded with a 25 per cent rise in his base salary from this year to £1million.

Over the last year, the LSE’s shares have jumped by 16 per cent as competition regulators around the world slowly nodded their approval to the Refinitiv merger.

It is set to transform the LSE from an exchange group to an all-round data titan, and will treble the group’s revenues.

But more recently, LSE shareholders have been having doubts about the deal.

Since February 16 the LSE stock has tumbled by 27 per cent as investors worry the expensive deal will not turn out to be good value.