A star fund manager who made British investors a fortune by backing tech stocks such as Tesla and Amazon is stepping down.

In a move that stunned the industry, James Anderson said he will hand over the reins at Scottish Mortgage Investment Trust in April 2022 after 22 years at the helm.

Ordinary investors up and down the country profited from putting their money with the 61-year-old, who transformed the trust from a little known outfit into a FTSE 100 giant with assets worth £18.5billion.

His returns over the period have been staggering and an investor who placed £1,000 into the fund when he took over in April 2000 would have £18,000 today. This is compared to £4,440 if invested in the FTSE All World benchmark.

Ryan Hughes, head of active portfolios at AJ Bell, said: ‘News that James Anderson is stepping down will potentially cause some worry to the thousands of investors who have made fantastic returns over many years.’

Anderson will hand over to current co-manager Tom Slater and the fund’s new deputy manager Lawrence Burns. Anderson said: ‘They are both thoughtful, dedicated and ambitious investors with a willingness to learn and an outstanding ability to partner with great companies. I couldn’t be happier than to have them as my successors.’

He now plans to take the job of chairman at Swedish investment company Kinnevik. Launched in 1909, Scottish Mortgage is Baillie Gifford’s flagship investment trust. Anderson’s skill was pivoting the fund away from UK domestic stocks and into the more lucrative and risky global tech sector.

Major holdings include US giants Tesla, Amazon, Netflix and Nvidia. Under Anderson the fund has also backed Chinese online retailers like Alibaba and social media firm Tencent. Despite his success Anderson keeps a low profile and shuns the limelight – unlike flash rival Neil Woodford.

Norfolk born and Oxbridge educated, Anderson travelled and studied in Italy and Canada before joining Edinburgh headquartered Baillie Gifford – Scottish Mortgage’s parent company – in 1983. He rose quickly to become a partner by 1987. 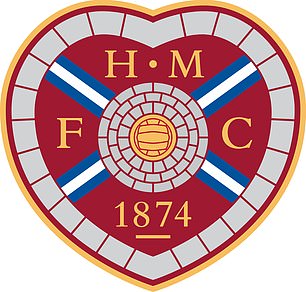 His move to Scotland prompted him to become a fan of Hearts FC and he has donated millions to the club as well as to the Scottish Professional Football League.

An eternal optimist, he believes money managers should keep an open mind and always be on the look-out for new ideas.

He wants companies to grow rather than slash costs and Scottish Mortgage has even written letters to portfolio companies encouraging bosses not to lay off staff. The fund has retreated from its February highs amid a sell-off of tech stocks in the US, driven by fears of inflation and talk of tax hikes from President Biden.

Rising bond yields over the past few weeks have triggered a shift out of growth stocks favoured by Anderson into more traditional stocks. Since February 15, Scottish Mortgage shares have fallen by 21 per cent from 1415p to 1115p last night.

There are also question marks about his successors. Slater is 43, while Burns is still inexperienced for a fund manager at 32.

According to sources, Anderson was the senior figure at Scottish Mortgage, despite him and Slater sharing the same job title.

‘Slater was the safe pair of hands while Anderson instilled the ambition and encouraged risk taking,’ the source said.