For sheer number of five-star hotels, London will take some catching.

Forbes Travel Guide has announced its 2021 Star Awards and London is still the leader of the pack for five-star properties, as it was in 2020, with 19 in total. Tokyo has added four hotels to its five-star roster, bringing its total to nine, but it still also lags behind New York (10), Paris (13) and Macau (13). Scotland claims its first five-star win with The Balmoral, a Rocco Forte Hotel, in Edinburgh.

New for this year is a ‘Hotel Instagram of the Year’ award, and that goes to the Waldorf Astoria Maldives Ithaafushi, which has 145,000 followers. The Maldives resort won ‘for curating a feed that radiates personality, engages with followers and has an overall stunning aesthetic’. 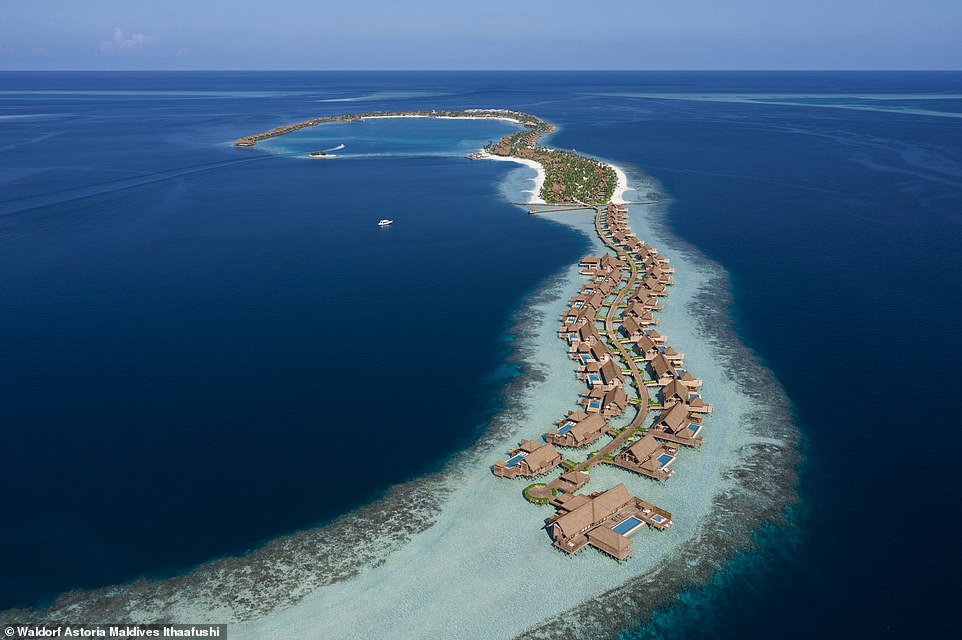 Waldorf Astoria Maldives Ithaafushi has won the Forbes Travel Guide ‘Hotel Instagram of the Year’ award. This image is one of hundreds enjoyed by its 145,000 followers 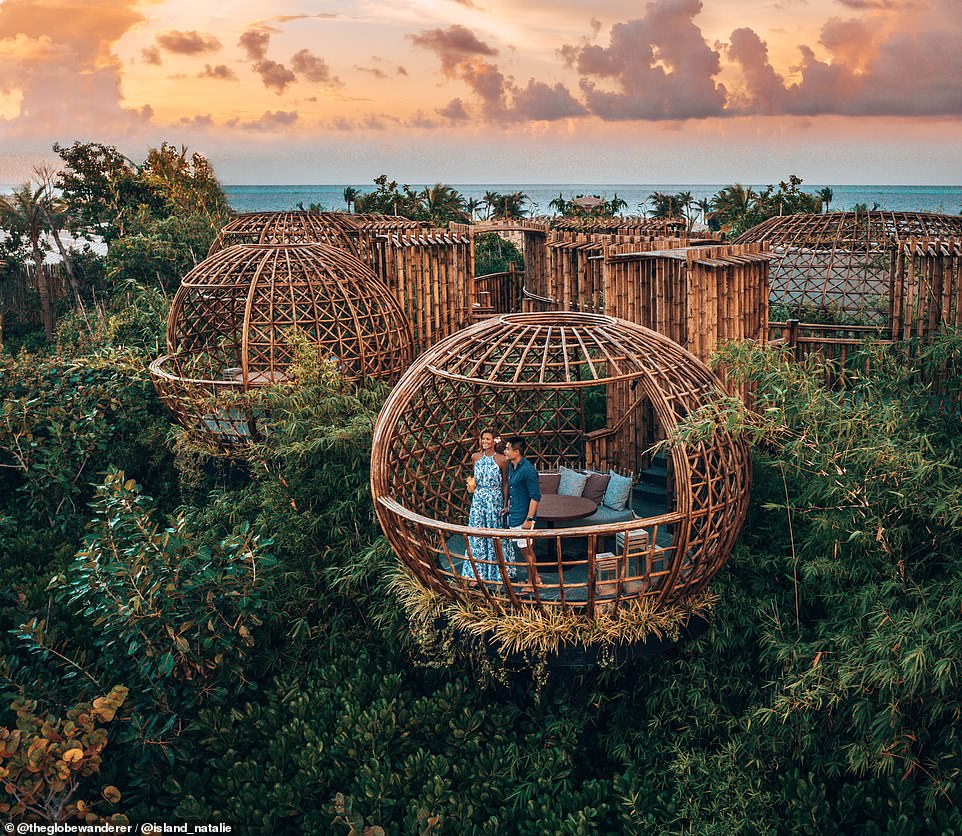 The Instagram award was bestowed upon Waldorf Astoria Maldives Ithaafushi ‘for curating a feed that radiates personality, engages with followers and has an overall stunning aesthetic’. This image wowed the hotel’s followers

Shangri La Hotel at The Shard

To decide the award, Forbes Travel Guide’s (FTG) editorial department determined five nominees from its highest-performing luxury hotel posts on FTG’s own Instagram account for 2020. Then FTG asked its readers and followers to select their favourite feed in an online survey.

The hotels in London that have retained their five-star status include 45 Park Lane; The Berkeley; Bulgari Hotel London; Claridge’s; The Connaught; The Dorchester; Egerton House Hotel; Hotel 41; Shangri-La Hotel, At The Shard, London, and The Savoy. 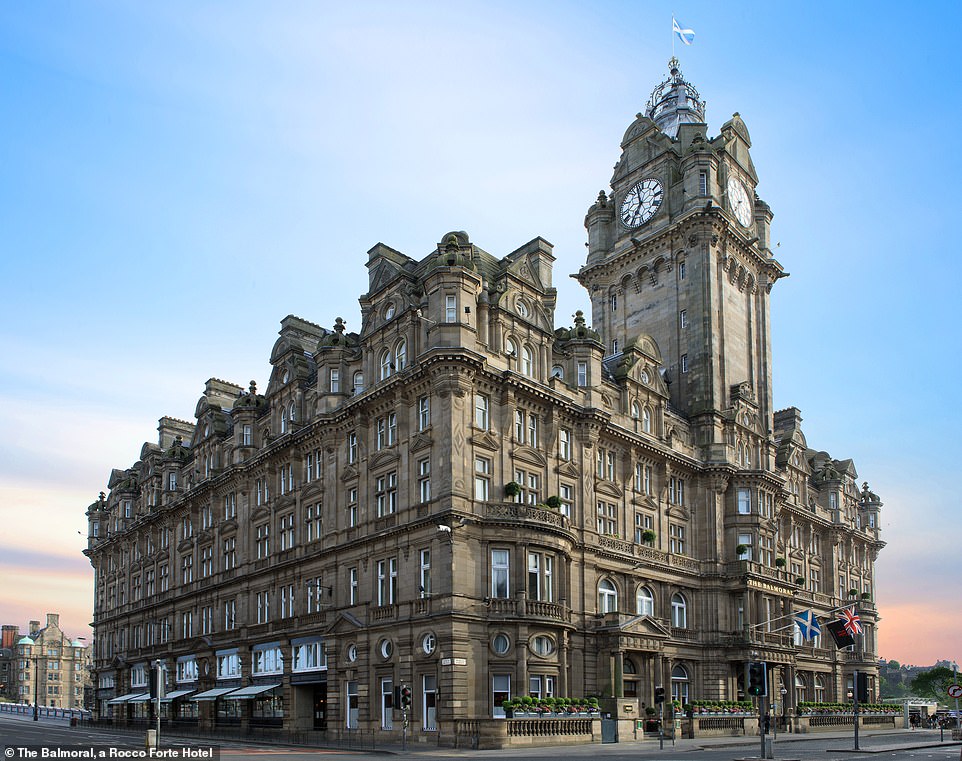 Scotland claims its first five-star win with The Balmoral, a Rocco Forte Hotel, in Edinburgh 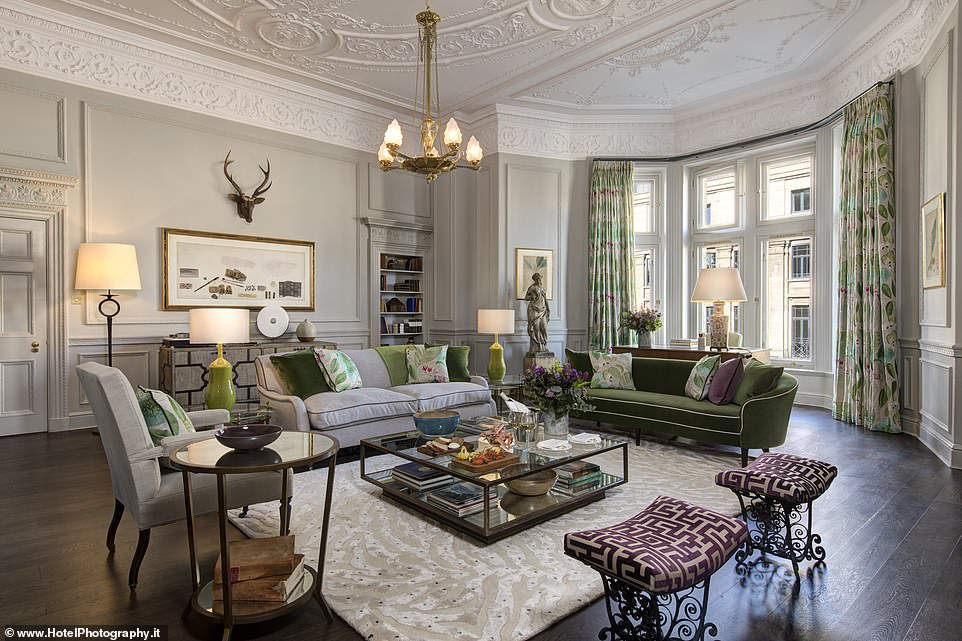 Luxury turned up to 11: The splendidly refined interior of The Balmoral, a Rocco Forte Hotel

The new five-star hotels in Tokyo are The Capitol Hotel Tokyu; The Prince Gallery Tokyo Kioicho, A Luxury Collection Hotel; The Ritz-Carlton, Tokyo; and Takanawa Hanakohro.

The Berkeley in London, meanwhile, picks up the Philanthropic Star award. 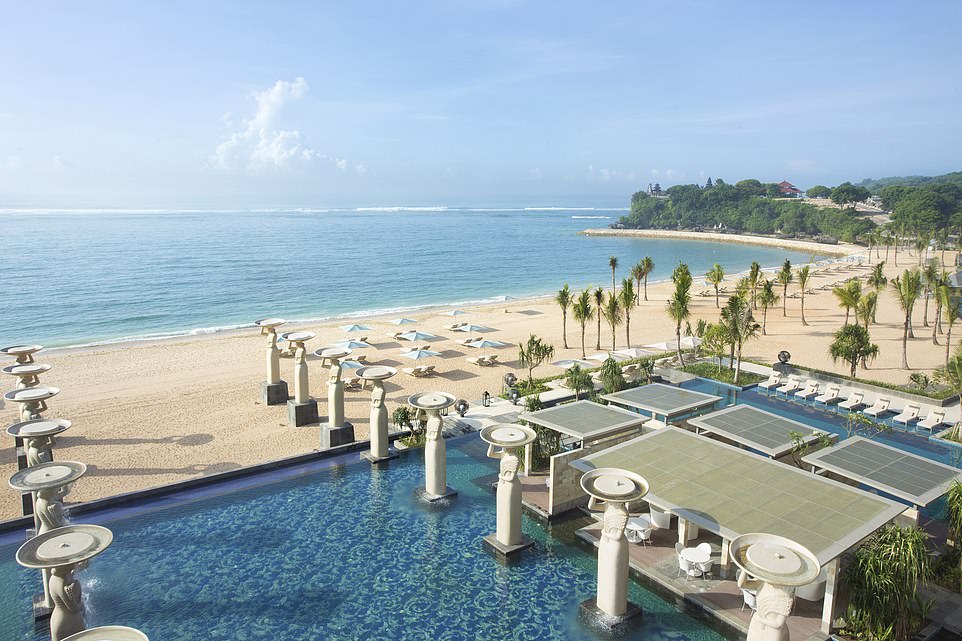 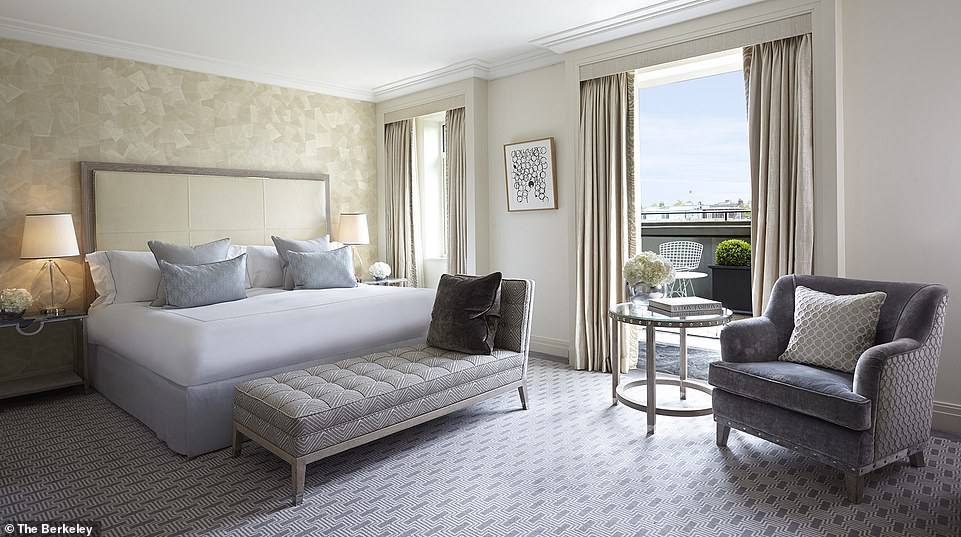 The Berkeley, pictured, in London, picks up the Philanthropic Star award. The hotel served 500 meals to the emergency services during the first lockdown

This award ‘salutes a property that helped others who faced adversity in 2020, whether through an international campaign or a community-based effort’.

FTG said: ‘When Covid-19 forced The Berkeley to close, the hotel created The Berkeley 999 Drive Thru, serving 500 meals daily during the first lockdown to emergency services. An additional 250 meals a day were given to the elderly and more vulnerable in the community, in partnership with Westminster Council. In total, more than 50,000 meals were provided. Staff members, many of whom were furloughed, volunteered to serve food and were a beacon of positivity.’ 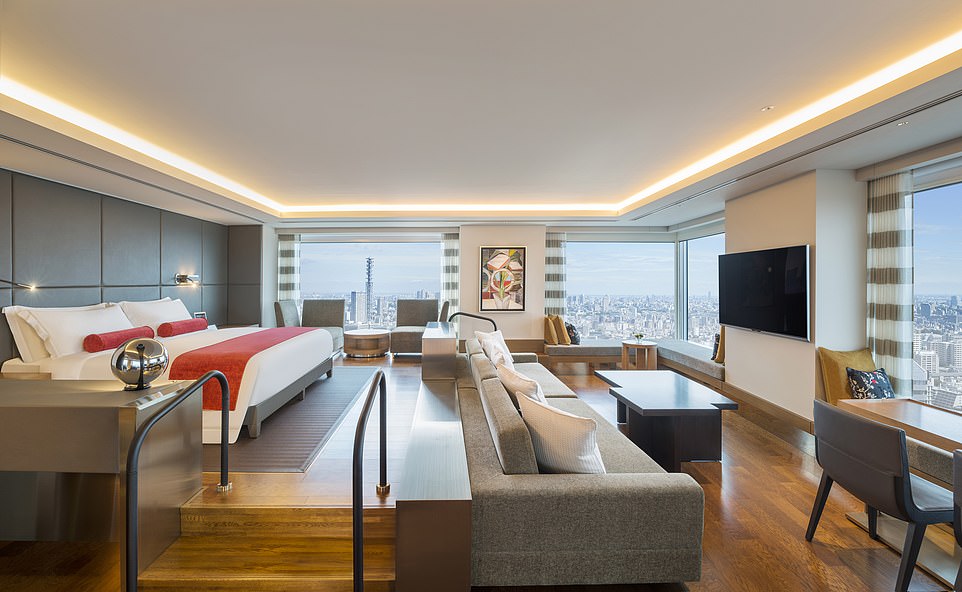 One of the stunning rooms at the now five-star Prince Gallery Tokyo Kioicho, A Luxury Collection Hotel

They have been honoured with the ‘Health Security Star‘ award for ‘taking smart, proactive steps to enhance guest and employee health safety’.

The judges added: ‘In response to the pandemic [they] swiftly developed luxury service manuals with detailed videos and illustrations to thoroughly describe the modified guest experience with safety in mind. [They] also created a robust cleanliness and disinfection program.’

Three individuals have been awarded prizes, too.

Hotel Employee of the Year is Hisashi Sugimoto, master bartender at The Tokyo Station Hotel.

The 80-year-old joined the Tokyo hotel in 1958 and invented many of the original cocktails that fill the menu at Bar Oak. FTG said: ‘His colleagues report that it’s his passion to make guests happy that keeps patrons returning after six decades.’ 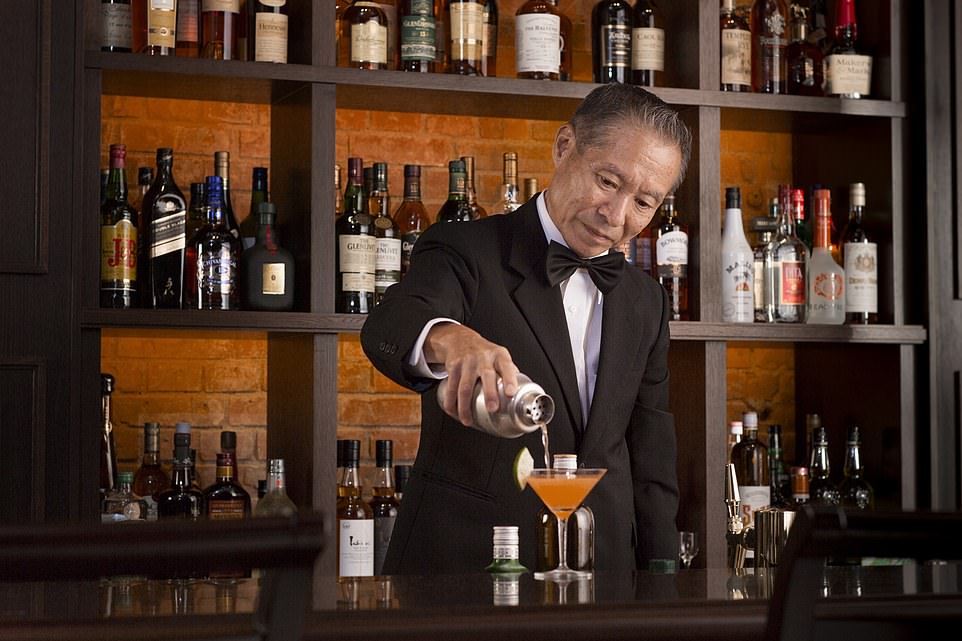 Hotel Employee of the Year is Hisashi Sugimoto, master bartender at The Tokyo Station Hotel 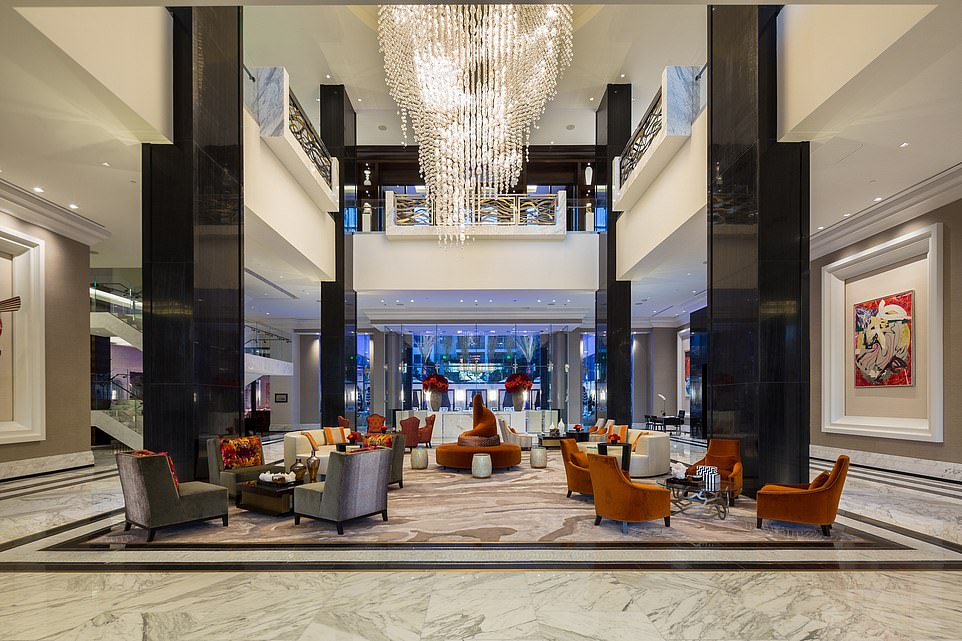 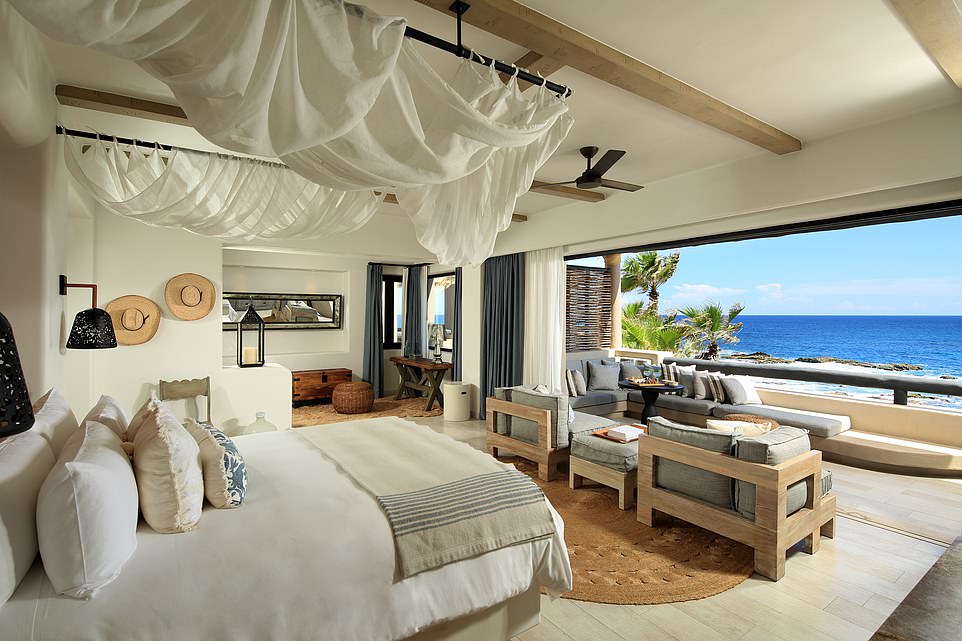 Impressive: The Ritz-Carlton, Tokyo (pictured), is one of nine five-star hotels in the city

Spa Employee of the Year is Najla Ceman, therapist at The Spa at Four Seasons Hotel New York Downtown.

FTG said: ‘When the spa closed for nine months, the 20-year beauty veteran proactively became certified in numerous health-and-safety-related courses to ensure that she was prepared to meet the new demands upon reopening. But finding positivity in difficult times is a way of life for Ceman. When she left war-torn Bosnia 27 years ago, she had just started her first year of college. She recently has resumed her classes.’

FTG said: ‘Wong is known among the staff for going the extra mile when taking care of guests. But he pays the same attention to colleagues, regularly hosting workshops to enhance the team’s confidence. He also dedicated time to obtain a level three certification in Wine & Spirit Education Trust, among other initiatives.’

Filip Boyen, CEO of Forbes Travel Guide, said: ‘In this unprecedented time for the travel industry, every persisting staff member at a hotel, restaurant and spa is a winner. But we also wanted to honor those hospitality workers who went above and beyond during the pandemic to aid their guests and colleagues.’

Forbes Travel Guide, which is headquartered in Atlanta, is a global rating system for luxury hotels, restaurants and spas, drawn up by an independent inspection process.

FTG says: ‘Our anonymous professional inspectors evaluate based on up to 900 objective standards, with an emphasis on exceptional service, to help discerning travelers select the world’s best luxury experiences.’

For the full list of winners and more visit www.forbestravelguide.com.