Over half of companies listed on the stock market in Britain at a ‘heightened risk’ of collapse sought Government financial support in December, new findings show.

Once taxpayer-backed Government support comes to an end, the companies in jeopardy could face a ‘financial cliff edge’, accounting giant EY warned in its latest analysis of profit warnings.

Names of the at-risk companies were not disclosed, but firms in travel, leisure, retail and industrial support services were said to be most affected. 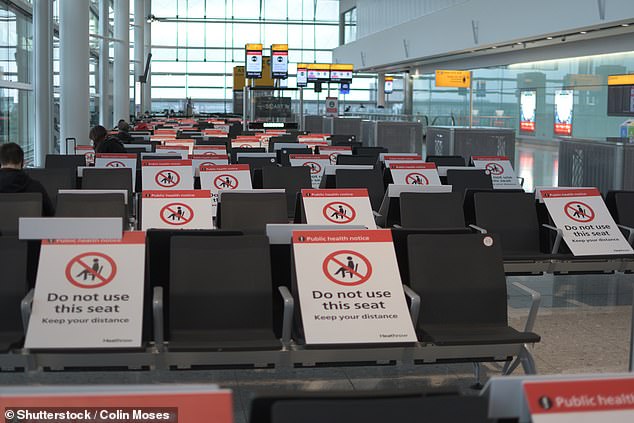 Worrying: Over half of companies listed on the stock market in Britain at a ‘heightened risk’ of collapse sought Government financial support in December

Forty per cent of FTSE-listed travel and leisure firms issued at least two consecutive profit warnings and claimed furlough in December, with 12 of these companies claiming more than £1million in December to pay their staff.

EY said: ‘Five of these claims are from companies within the high-risk bracket for likely insolvency, having issued their third or more profit warning within the last 12 months.’

But, Amanda Blackhall O’Sullivan, a partner at EY-Parthenon, said pent-up demand for holidays looked set to ‘help drive a recovery’ for the travel and leisure sector.

Between March 2020 and March this year, 63 UK listed companies issued at least their third profit warning within a 12-month period, which is almost double the 2019 total of 32.

Statistically, up to one in five of these companies is likely to collapse into the hands of administrators within a year of the third warning, EY said.

Of the 63 listed companies which issued at least three profit warnings over 12 months, 35 claimed support in the form of furlough cash from the Government in December.

A third are also claiming at least one other form of Government support, like a ‘Coronavirus Large Business Interruption Loan’ or VAT and business rates deferral.

In total, 174 UK listed companies issued at least their second profit warning within last year, with 42 per cent claiming furlough support in December. 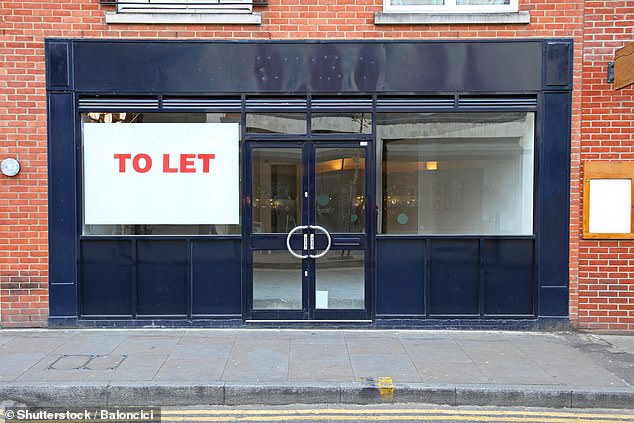 Hard hit: Listed firms in retail, travel and leisure have been hit hard by the pandemic

Alan Hudson, EY-Parthenon UK&I Turnaround and Restructuring Strategy Leader, said: ‘The extent to which some of the UK’s largest firms have had to claim Government support through the pandemic is evidence of the challenging environment in which many businesses have found themselves.

‘Firms’ dedication to securing their future and continuing to provide for their customers, clients and employees is clear but, as government support comes to an end, many firms could be tested to their ultimate limit.

‘Even stronger firms could face issues, and so supply chain resilience has never been more important. Disruption to even the smallest supplier could create significant challenges that ripple through the economy.

‘The transition away from Government support measures won’t be straight forward, and could require a wholesale shake-up of firms’ strategies, recapitalisation models and operations if they are to avoid hitting a financial cliff edge.’ 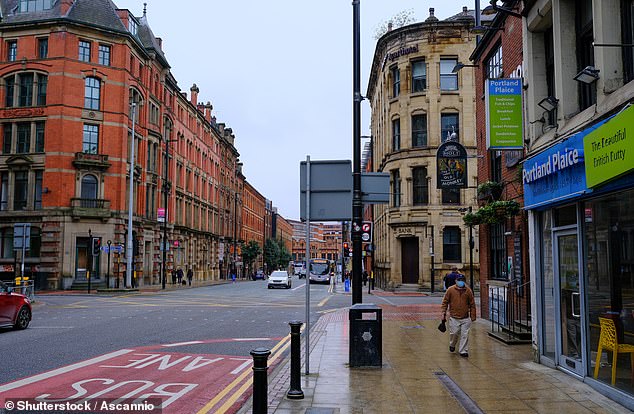 Troubled times: Uncertainty remains a key problem for businesses up and down the country

The past year has been beset with uncertainty for companies, workers and shareholders and this state of flux looks set to linger.

Forty-two per cent of FTSE 350-listed companies withdrew their earnings forecasts; in the first half, indicating how difficult the pandemic has made it to predict performance.

EY’s Mr Hudson said: ‘While the persistent market uncertainty makes business decision-making very difficult, the extension of Government support measures through to September 2021 provides critical time for firms to reflate balance sheets, review operations and prepare employees for the restart of their business.

‘Within six months, the stabilising effect of Government support will be removed, and we will very quickly see which companies took best advantage of the time to recalibrate and reposition themselves to secure future growth.’

Earlier this month, Chancellor Rishi Sunak announced that the furlough scheme was being extended to the end of September.

The UK government has borrowed record-breaking amounts to pay for measures designed to limit the impact of coronavirus.

Recent figures showed the Government borrowed £19.1billion in February, which is the highest figure for that month since records began in 1993.