A museum for our times: The world’s first vaccination hub is in line to become a must-see attraction

By Simon Heptinstall For The Daily Mail

Well-wishers from all over the world have sent donations to help save a little-known country museum in Gloucestershire — because it’s where vaccination was invented some 200 years ago.

With Covid jabs at the front of everyone’s minds, an appeal by Dr Jenner’s House in Berkeley has raised more than £45,000 during the pandemic — enough to maintain it until lockdown ends.

Until this year, the house and garden was a little-visited site, ranked only the third best attraction in the small town after the medieval castle (where Edward II was murdered) and the Cattle Country Farm Park. 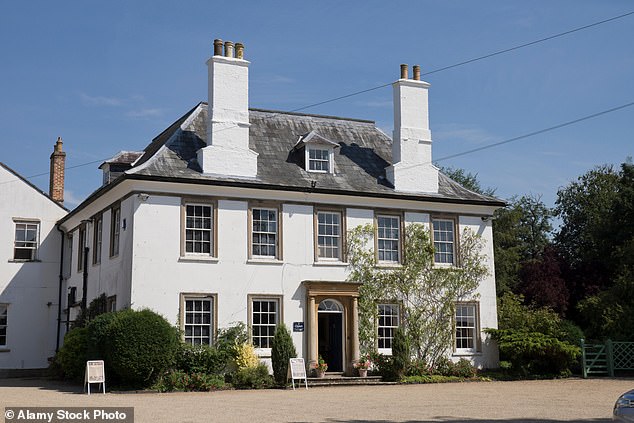 Home of hope: Dr Jenner’s House in Gloucestershire, where vaccination was invented some 200 years ago

But now that the discoveries made here two centuries ago are helping to save the world from Covid, the site is set to become a must-see post-lockdown attraction.

It’s interesting to browse Jenner’s candlelit study, tucked under the stairs, and spot that the careful scientific notes and drawings of his findings in leather-bound books were done only with a primitive quill pen.

On the wall is a contemporary oil painting of Blossom the cow, who was so central to his earliest experiments to combat smallpox — because of its close relationship to cowpox, Jenner used ‘vacca’, the Latin for ‘cow’, to create the word vaccine. 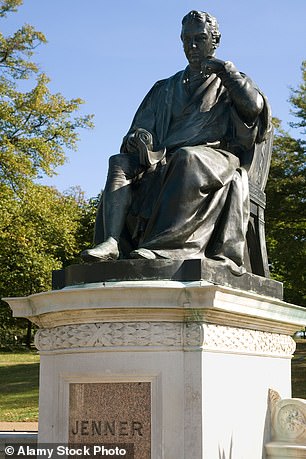 A statue of Dr Edward Jenner in Kensington Gardens

Jenner delivered his injections in his quirky thatched garden shed. Amazingly, the shed still stands and is now a listed monument. He playfully named the outbuilding The Temple of Vaccinia, but today it seems something of a serious shrine to the millions that immunisation has saved since, from smallpox and polio to Covid.

When word spread about Jenner’s miraculous cure for the dreaded smallpox, queues of poor local farmworkers stretched from the shed right into the town.

The modest Jenner made the jabs free, declaring it ‘immoral’ for him to profit from the discovery.

Visiting the house gives an impression that Jenner, the eighth son of Berkeley’s vicar, was the finest sort of charming eccentric Englishman. As a keen amateur balloonist, for example, he met his future wife when he accidentally crash-landed in her garden.

He also took a cutting from Capability Brown’s grapevine at Hampton Court, carried it home and planted it in his greenhouse.

The greenhouse still stands and is now completely filled by the vine that has flourished ever since. Sadly, Jenner was widely ridiculed by the world’s first-ever anti-vaxxers and elite London doctors who couldn’t believe that a country doctor had made such a major breakthrough.

But finally, the establishment realised what Jenner had discovered. And President Thomas Jefferson even wrote to him from the U.S. to say ‘mankind can never forget that you have lived’.

A grateful Parliament erected a statue of Jenner in London’s Trafalgar Square — but there were more anti-vaxxing protests and so it was moved to Kensington Gardens.

We may still have anti-vaxxers today, but the importance of Covid jabs means that Jenner is now being more remembered than ever.

‘We’ve been overwhelmed by the generosity of people around the world over the past year,’ says museum manager Owen Gower. As well as donating, well-wishers have been buying advance tickets to provide funds for the museum while it is closed.

The site hopes to re-open in June — but, of course, this depends on the success of the latest use of Dr Jenner’s invention.