Tech firm Darktrace has a moved a step closer to a stock market listing in London after hiring Tory former minister David Willetts.

Nicknamed ‘Two Brains’, Willetts will join as a non-executive director as Darktrace looks to beef up its board ahead of a hotly anticipated float. Last month the company put former BT boss Sir Peter Bonfield on the board.

Darktrace, based in Cambridge, helps companies detect suspicious cyber activity and was founded in 2013 with seed funding from Invoke Capital. 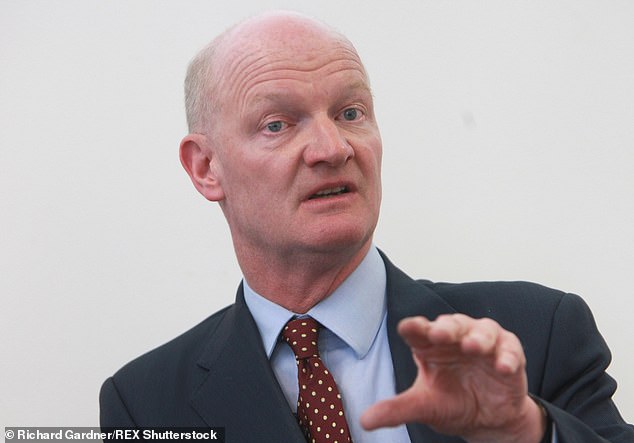 Invoke was established by Mike Lynch after he sold Autonomy to Hewlett Packard and he now owns a third of Darktrace.

Willetts, who now sits in the House of Lords, said: ‘I am honoured to join the board of Darktrace, a true example of great British innovation and leadership in the cyber AI field.

‘I look forward to supporting the company as it continues to play a critical role in building the technology and talent needed to counter the rising threat from cyber-attacks on business, government and critical national infrastructure.’

The company has hired Berenberg and Jefferies to work on the float.

But the process has not run smoothly and last month UBS resigned as an adviser.

UBS told Darktrace that its compliance department had decided that it could not fulfil the role after extradition proceedings were launched by the US against Lynch, on fraud charges.

There are wider fears that Lynch’s ties to the company could scare off potential institutional investors.

Nevertheless the float is set to be another win for Chancellor Rishi Sunak who is looking to make sure the UK’s brightest tech firms list in London post Brexit.

Many UK tech firms plump for a move to the US where the tech scene is more mature and there are more investors.

This year food delivery firm Deliveroo said it would list in London – a process which is tipped to value it at £5billion.