What next for Cineworld shares? Group is the best performer of FTSE 350 as shares jump 268% since November… but will it last?

Cineworld has been the best performing share in the FTSE 350 since November 6 last year, shortly before Pfizer released their game-changing vaccine news, rising an astonishing 268 per cent, according to AJ Bell.

It reflects growing confidence that Netflix-weary moviegoers will be desperate to return to the big screen come reopening time.

But, as it prepares to release full-year results on Thursday, the stock is still a third down on its pre-pandemic levels, and news of fresh strains or further lockdowns could send it tumbling once again. 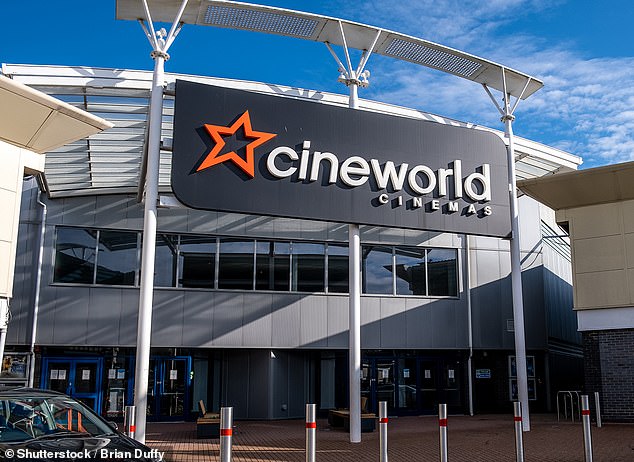 Still closed: Cineworld has at least another two months of closure ahead

More than 5,000 of staff are at home on furlough, while its 127 UK cinemas are closed, and it took out a £324million loan in November to pay the bills.

It has at least another two months of closure ahead of it and its Regal cinemas in the US also remain shut.

The company has not guided on earnings due to the incredible uncertainty, but it will only record a small percentage of 2019 revenues resulting in mammoth losses. 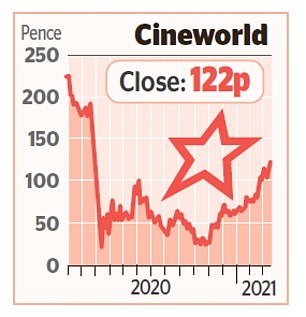 Looking forward, bosses will reveal how confident they are that major film releases, such as the latest James Bond film, will not be delayed any further, and give their verdict on vaccine passports and testing.

Michael Hewson, chief market analyst at CMC Markets UK, said: ‘The pandemic has been especially hard on the cinema sector. If the vaccine programme is successful in restoring consumer confidence, and getting people back into cinemas, we could see a much better second half. However, that remains a very big ‘if’.’