Scammers are reportedly cold-calling households claiming they have filled in their Census forms incorrectly and ‘fining’ them.

The 2021 Census is a legitimate survey conducted every decade to count the number of people in England and Wales, along with other details.

It is a legal requirement to fill out the Census for all households. Sunday 21 March is Census Day and fines of up to £1,000 can be dished out to households for surveys that are not completed or if false information is given.

But now fraudsters are using the nationwide survey and potential fine for their own benefit and duping people into believing that they are being penalised for giving out incorrect information. 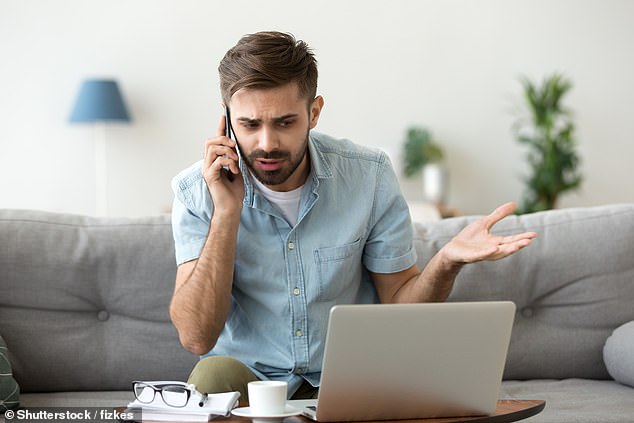 The results of the Census help organisations make decisions on vital public services such as transport, education and healthcare.

Last week, Action Fraud tweeted a warning: ‘Criminals may try to use this as an opportunity to send phishing emails or texts.’

One police force is believed to have issued a warning saying that a cold caller claiming to be from a local authority accused an individual of filling in a Census incorrectly and told them that they had to pay a fine.

The scammer then asked for basic identification details, which they claim was to confirm the Census record, and the individual’s bank details so they could process the fine.

What can I do if I’m a victim of a scam?

The Office for National Statistics said there are similar scams in other parts of the country where money has been taken from a victim’s bank account.

Ray Walsh, digital privacy expert at ProPrivacy, says: ‘So far the scam has been reported in Hampshire and now Hertfordshire, but there is a real danger that it could spread nationally, which is why we must help to spread the word to family members and friends.’

Walsh said that this latest scam is a reminder never to answer any questions or provide your bank details, no matter how genuine a cold-caller sounds.

Action Fraud says members of the public will only be contacted about the Census via letter – never email, text or phone. It adds: ‘When filling out the Census you will be asked for personal details such as your date of birth, your occupation and where you live. You will never be asked to provide your national insurance number or financial details.’

Walsh adds: ‘Anybody who receives a phone call from somebody claiming to be from their local authority or the ONS is advised to hang up at once.

‘The ONS has made it clear that residents will only be contacted officially by letter, and never by phone or text message. 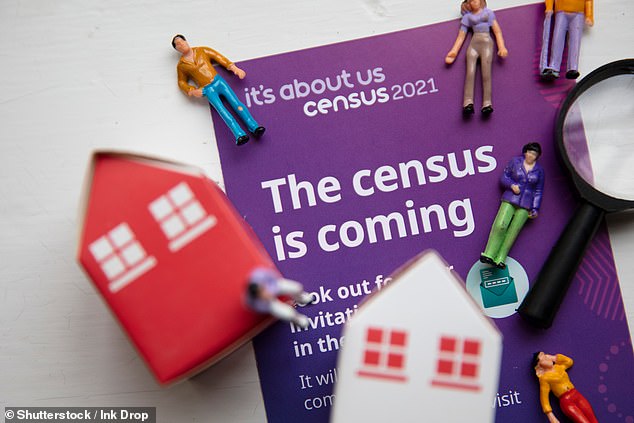 The Census is meant to help organisations make decisions on vital public services such as transport, education and healthcare but scammers are trying to capitalise on it and fleece people out of their money

‘If you stay on the line the scammer will claim that your census was filled out incorrectly and that you must pay a fine, but this is just a scam designed to steal your money.

‘Do not engage with anybody who messages or calls about the census, and do not provide any personal information or payment details.’

Luis Navarro, managing director of Totality Services, a London based IT support and security provider, says: ‘I’d recommend checking the sender or caller of anyone talking about the census before worrying about a fine.

To help reduce unwanted phone calls I’d recommend signing up for the Telephone Preference Service (TPS) as this can reduce the number of calls by up to 50 per cent.”

The Census scam comes on the heels of a Royal Mail and DPD scams reported last month and in January respectively.

Both scams are conducted in a similar fashion. The Royal Mail scam saw fraudsters text people claiming that the postal service was seeking £2.99 for an unpaid shipping fee.

The text asks people to follow a link which sends them to a mocked-up version of the Royal Mail’s website.

The fake page requests personal and payment details which scammers then use to steal people’s identities and cash.

Meanwhile, the DPD scams involved scammers sending out emails claiming that recipients had missed a parcel delivery from DPD.

The email, clad in DPD branding, then explained that a new delivery would need to be scheduled and sent victims to a link where they could choose another time but were also requested to pay a sum of money.

Concerns about delivery scams have increased since the UK reported a surge in online shopping during the Covid-19 lockdowns.

Criminals are aware that there is a good chance of the scam working as many people are awaiting a parcel from Royal Mail or other delivery companies, making people more vulnerable to this scam.

Katherine Hart, a lead officer at the Chartered Trading Standards Institute, says: ‘This delivery scam is yet another example of fraudsters attempting to make money out of the unsuspecting public.

‘Due to the lockdowns, many millions of people rely on product deliveries, so scammers have focussed their efforts on this theme.

‘Royal Mail will only ever contact you via text or email if a customs fee is due, not for domestic parcel delivery. If you have any suspicions, contact Royal Mail to verify before you click any links or share details.

‘Also, the public must also be aware that these types of scams may come in many forms, and scammers do not only use Royal Mail branding. Indeed, in January, I commented on a similar scam that used DPD branding.

‘These types of scams come in many forms, not just via text but also in emails and through the phone.’