By Jennifer Newton for MailOnline

It’s black and white – these pictures are mightily impressive.

They are the winning and shortlisted images in the Black and White Minimalist Photography Prize 2020, which was founded by B & W Minimalism Magazine.

Judges sifted through 1,470 entries and whittled them down to a top three before declaring British photographer Tim Nevell the winner. He impressed with his incredible drone shot of a remote road in Iceland and wins a $1,000 cash prize.

Other entries that caught the judges’ eyes and made the shortlist of the top 50 images included an incredible shot of a lone snowboarder’s pristine track in Japan, a serene picture of Tarn Hows in the Lake District and a stunning photo of a pair of cyclists on Canyon Beach in Oregon.

Milad Safabakhsh, founder and editor-in-chief at the magazine, said that the winning and shortlisted images were taken by photographers who can be ‘considered as the best contemporary black-and-white minimalist photographers on the planet’. 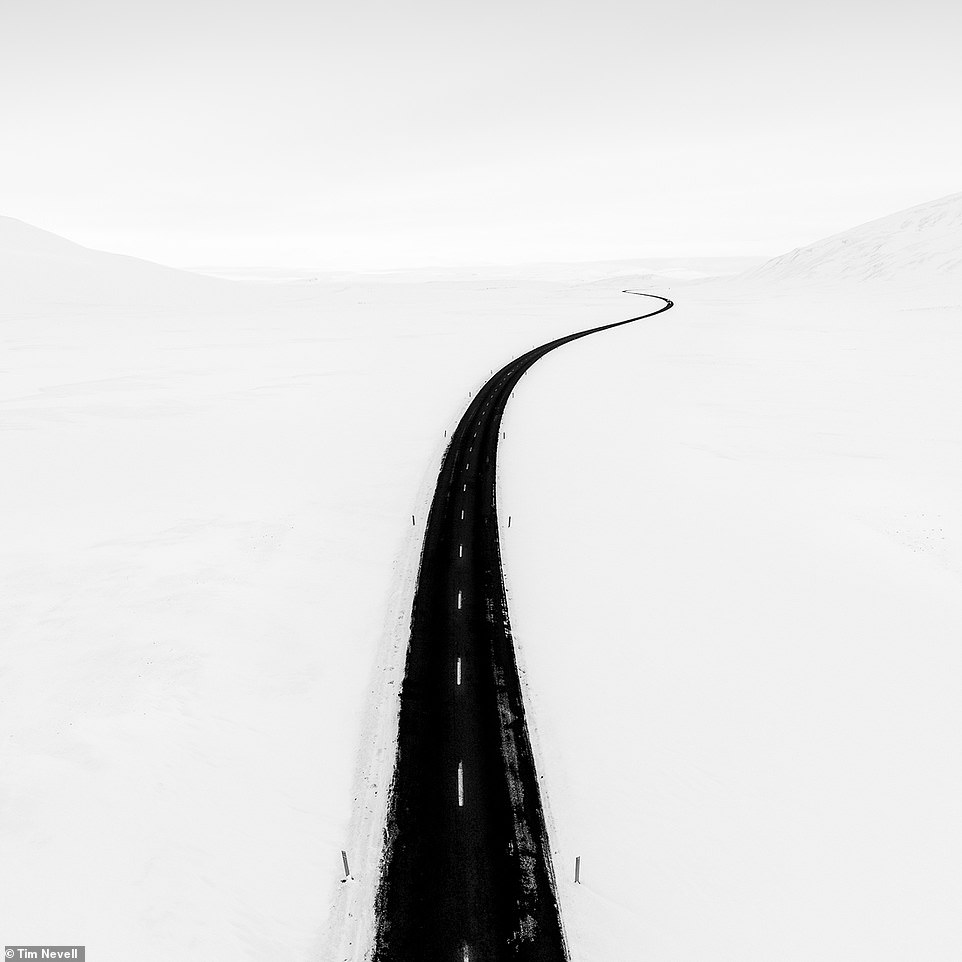 The winning image in the Black and White Minimalist Photography Prize 2020, which was taken by British photographer Tim Nevell. He said: ‘This image was shot with my Mavic2 Pro drone on a winter trip to Iceland. We were travelling to Myvatn in the north of the island and this was a scene about 50 miles from the village. I loved the desolate volcanic landscape covered in snow and the distant endless horizon perspective’ 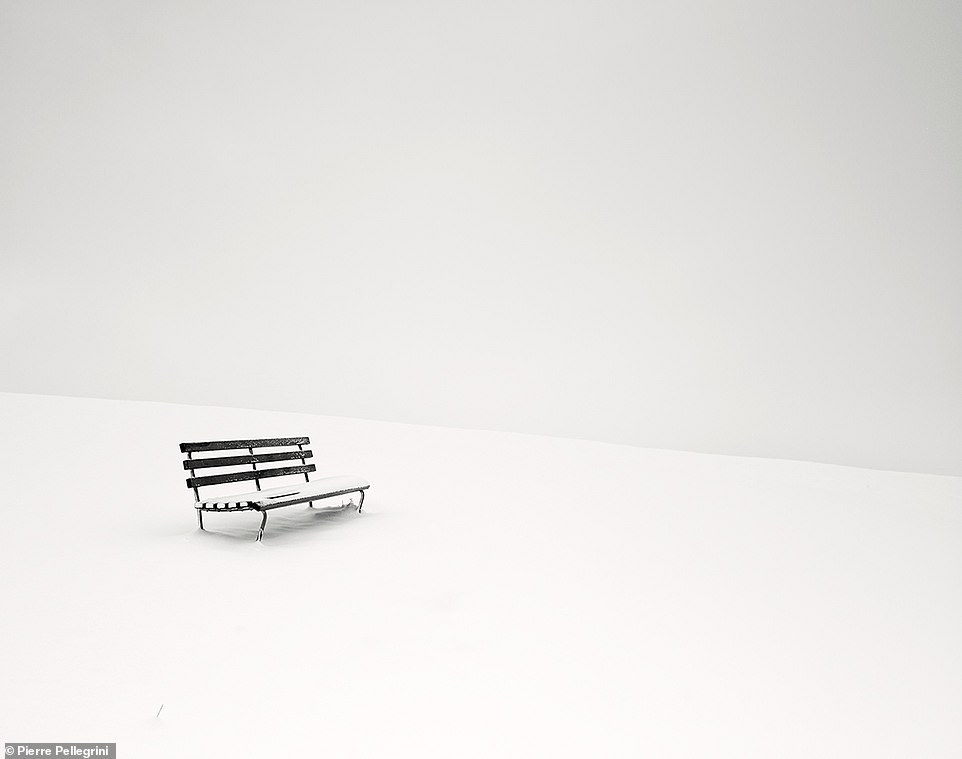 The runner-up spot was claimed by Pierre Pellegrini thanks to this striking snap that he took in his home country, Switzerland. He called the shot ‘Sit Down, Free Thoughts’ 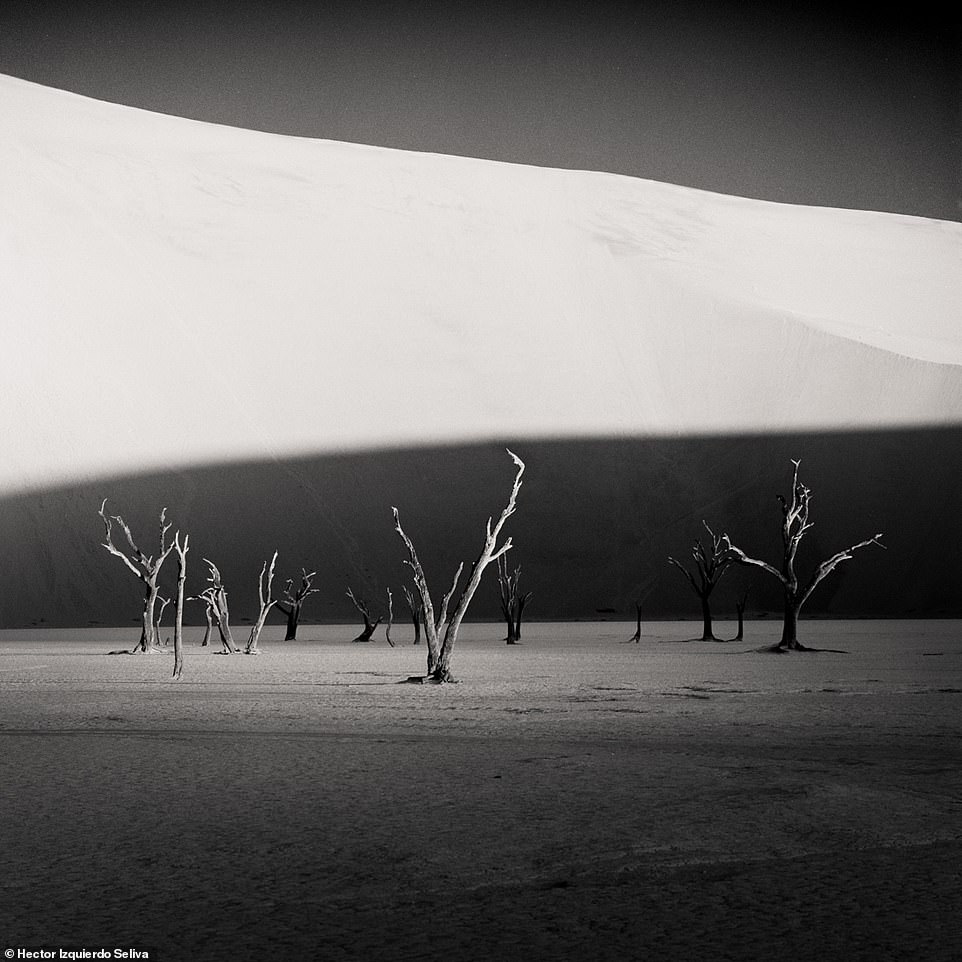 This haunting snap of bare trees in the Sossusvlei salt and clay pan in Namibia was taken by Tokyo-based photographer Hector Izquierdo Seliva. He came third in the contest 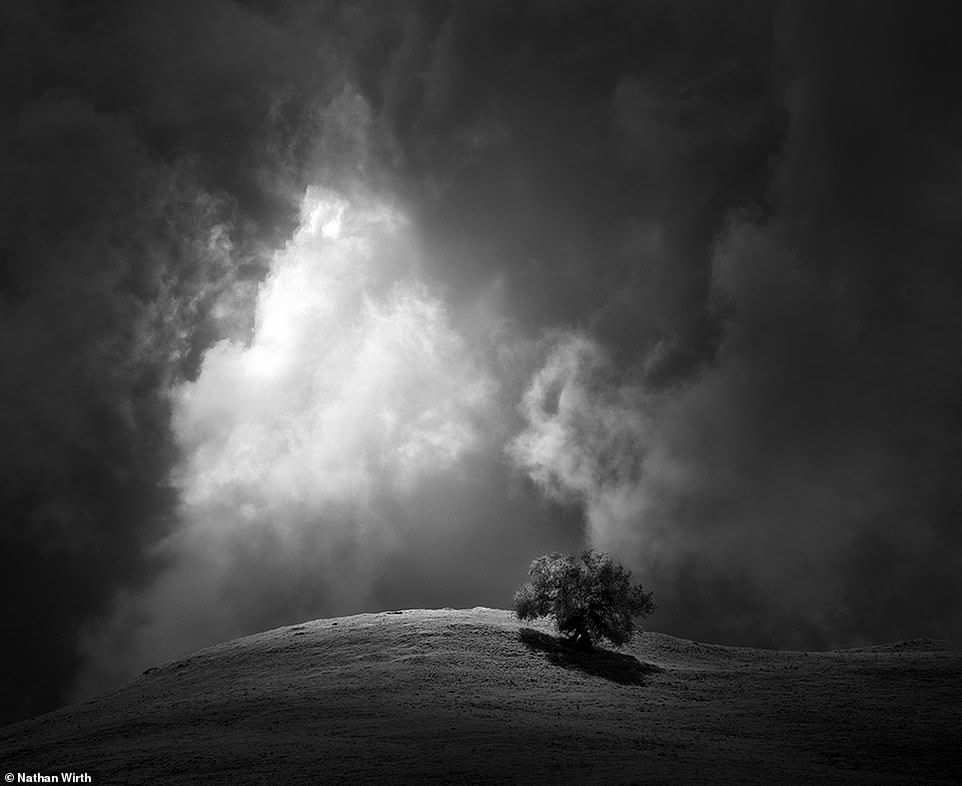 American Nathan Wirth is the man behind this stunning shot. He snapped it in Marin County, Northern California, and described the picture as showing a tree watching ‘light pour through clouds that open as if they were curtains’ 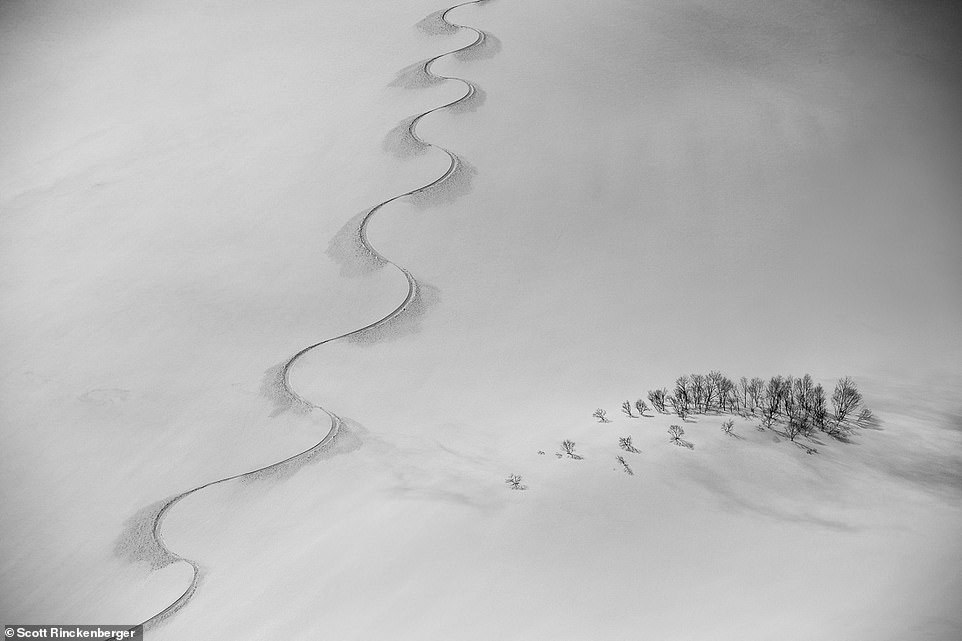 This beautiful photo was taken by Seattle-based photographer Scott Rinckenberger on Norikura, a 9,927ft (3,026m) mountain in Japan. It shows a track etched in the snowy landscape by a lone snowboarder 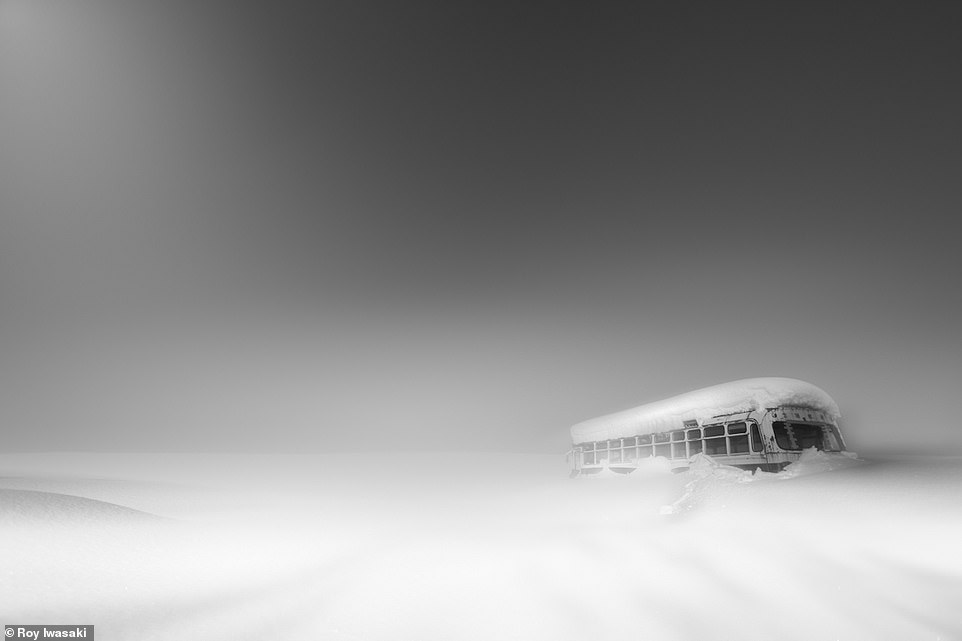 A mesmerising picture of an abandoned bus buried in snow in the Japanese city of Shibetsu taken by Japan-based photographer Roy Iwasaki. He said he was ‘impressed by the mysterious sight’ 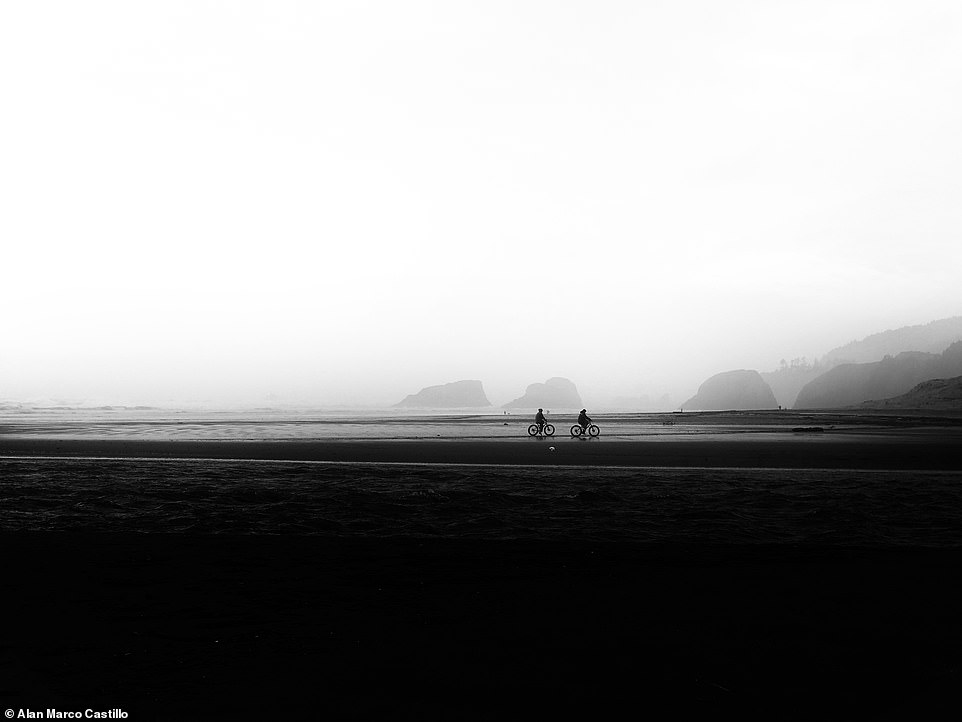 Photographer Alan Marco Castillo captured this serene scene on Canyon Beach in Oregon. He explained: ‘I was meditating and looking at the rocks drowned by the ocean when these two guys appeared on the scene’ 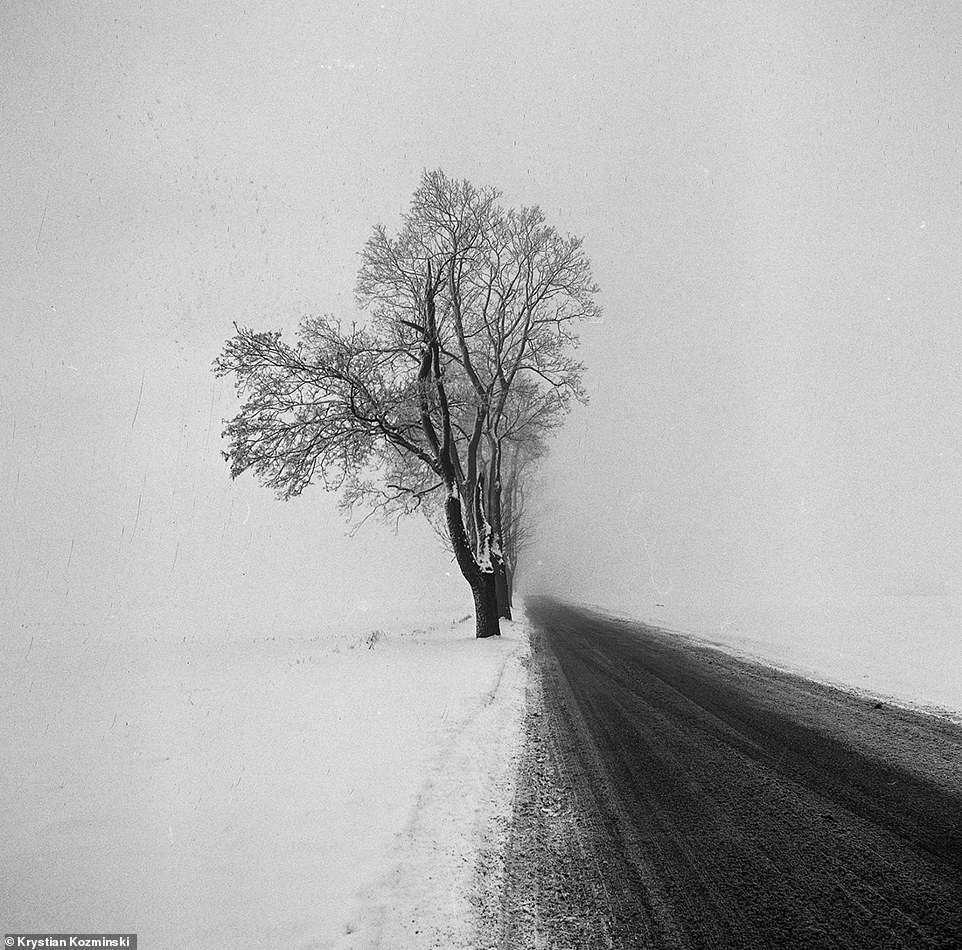 This eerie foggy scene was captured by photographer Krystian Koźmiński in Poland. He called the image ‘Milky Way’ 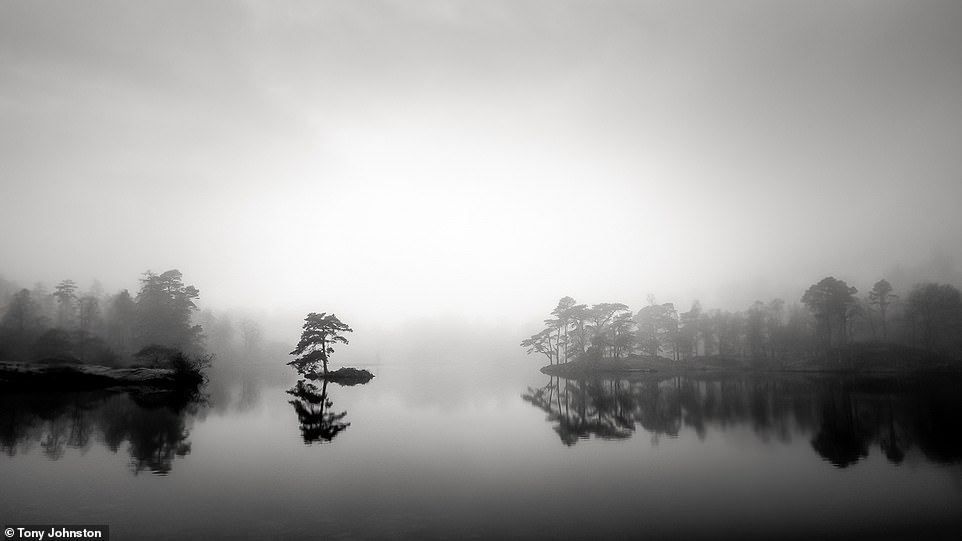 British photographer Tony Johnston is behind this ethereal image of Tarn Hows in the Lake District, taken on a misty January morning 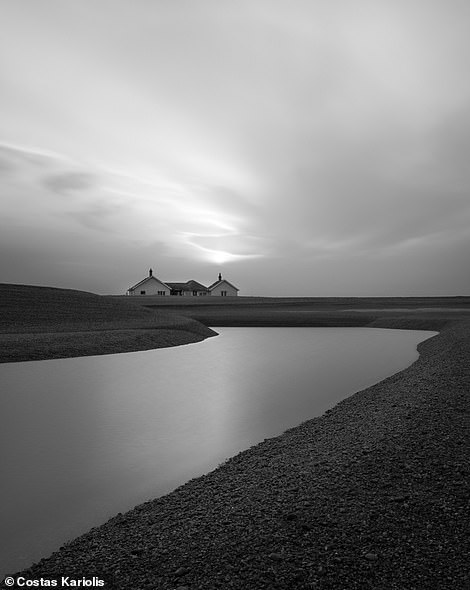 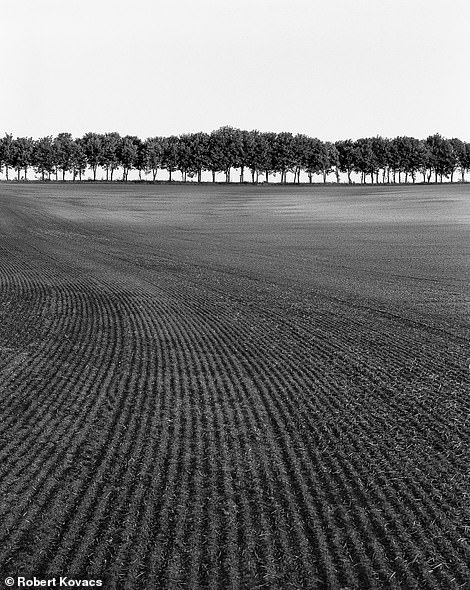 LEFT: This incredible snap of a coastguard cottage in Suffolk was taken by London-based photographer Costas Kariolis. He said: ‘The sun managed to break through the wispy clouds, shimmering on to the darker waters below. I used the curve of the single shoreline to guide the eye up the frame to this solitary building – a coastguard cottage. I waited for the opportune moment for the chimney to point directly up towards the setting sun. I could not have timed this any better. Bliss.’  RIGHT: This beautiful image of a recently harrowed field drying in the scorching sun (in an unknown location) was snapped by Robert Kovacs 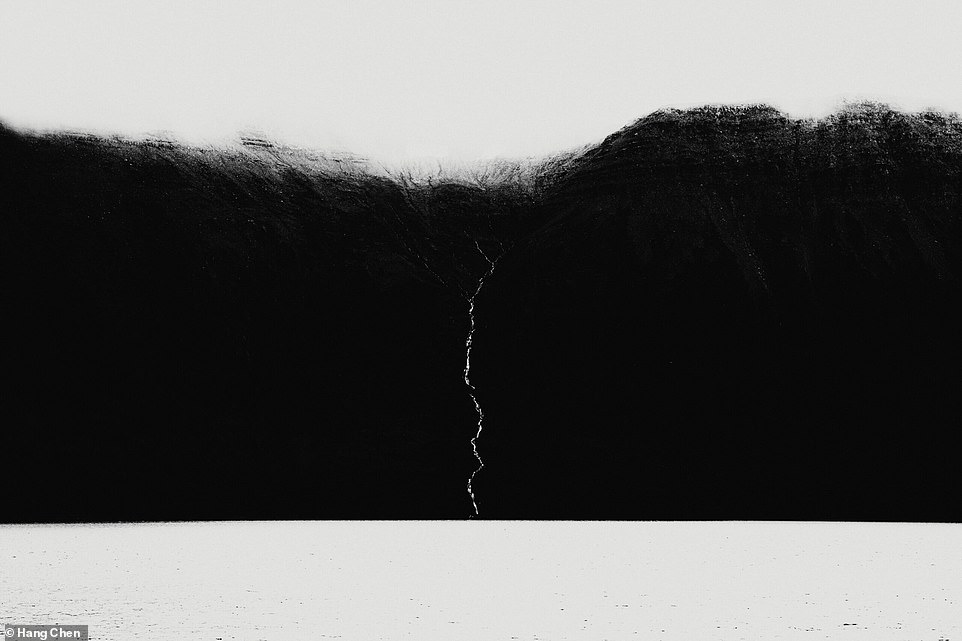 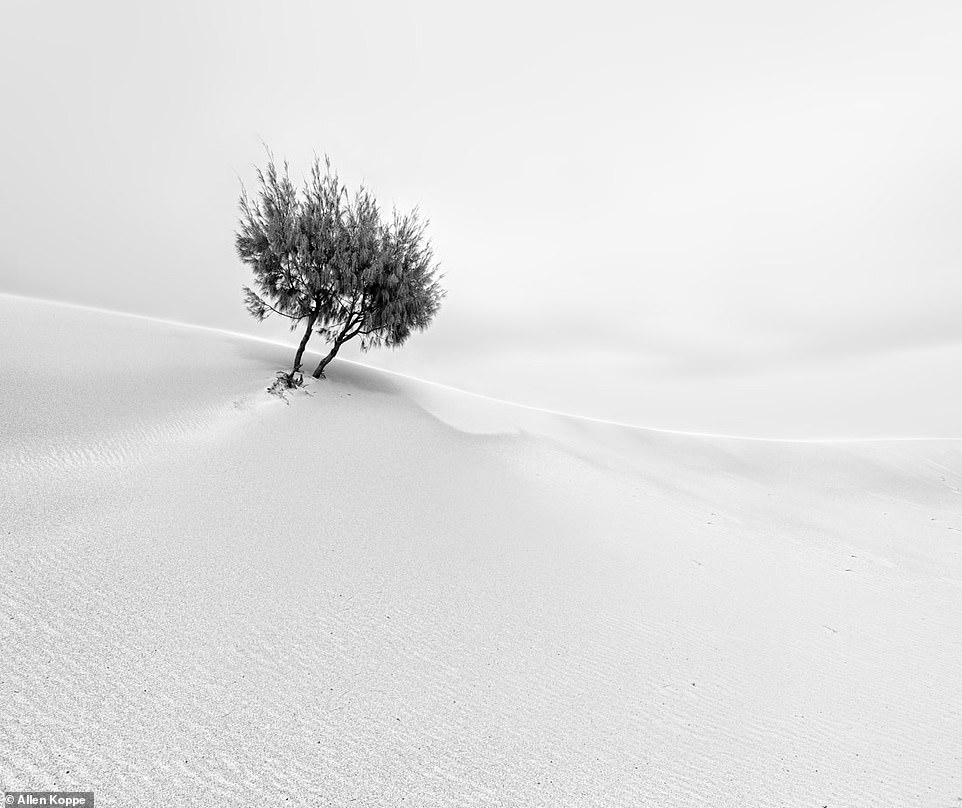 Australian photographer Allen Koppe is behind this ethereal image taken on a sand dune in an unknown location. He said: ‘The wind was blowing the sand from the other side of the dunes creating a curved high light’ 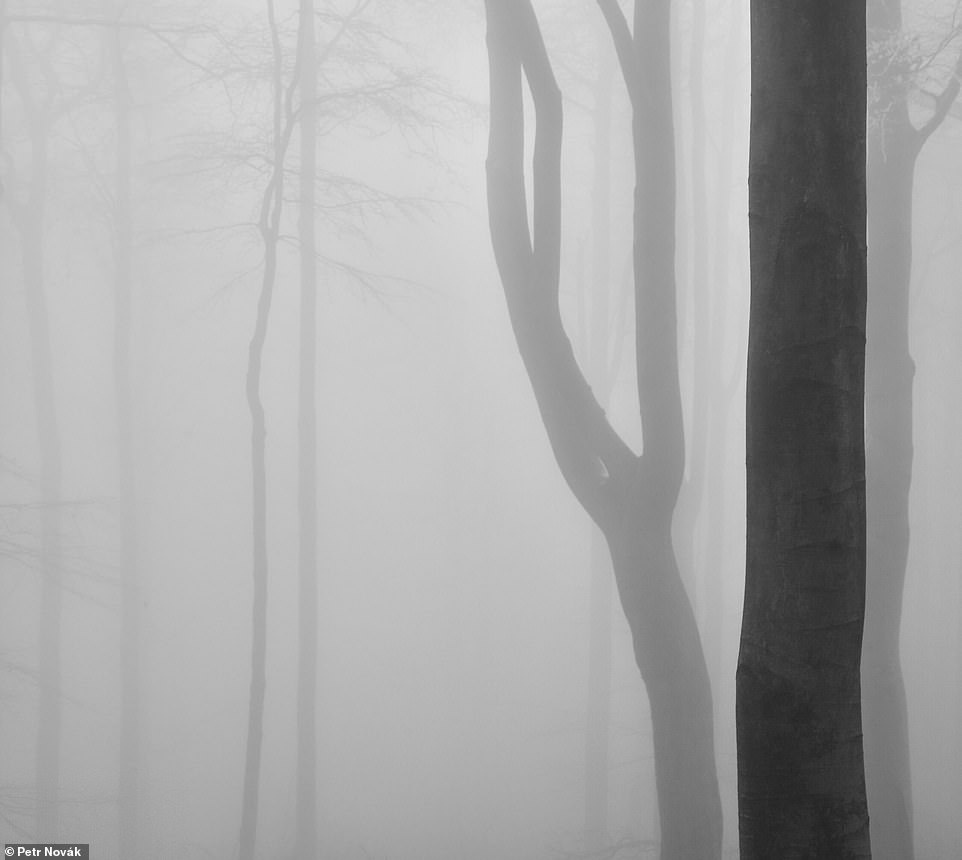