Mortgage rates are creeping up as more and more borrowers look to secure finance amid the country’s housing mini-boom.

For the third consecutive month average mortgage rates have risen but most deals still remain cheap by historic standards.

The average two-year fix increased by 0.14 per cent this month to 2.38 per cent– while the equivalent five-year fixed rate increased by 0.13 per cent, according to finance experts Moneyfacts. 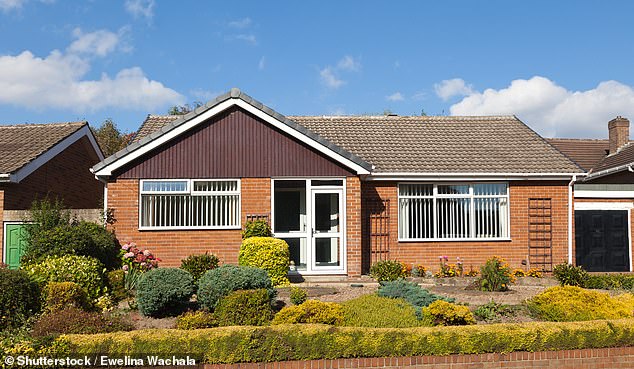 First-time buyers in particular will be having a much harder time finding a mortgage. Most deals for borrowers with a small deposit have been pulled and the deals that remain have got more expensive in recent months.

Borrowers with a deposit of 15 per cent will be some of the only applicants with more choice than they had in May.

This could be due to the fact that 85 per cent loan-to-value is currently the maximum many providers are lending up to. As such lenders have introduced more deals of this type as they pulled lower deposit mortgages.

> Quick link: Use our calculator to find mortgage rates for you

You can check best buy tables and the best mortgage rates for your circumstances with our mortgage finder powered by London & Country – and figure out what you’ll actually be paying by using our new and improved mortgage calculator.

What are the best mortgage deals?

While there are fewer mortgage deals around at the moment, it could still pay to switch.

Borrowers on their lenders’ standard variable rates could save hundreds of pounds a month by switching, for example.

Mark Gordon, director of money at Compare the Market, said: ‘Languishing on a lender’s standard variable rate mortgage is likely to cost you thousands of pounds more than you need to pay.

‘While there are fewer mortgage products available on the market than usual at the moment, with the housing market slowly restarting again and physical property valuations able to take place once more, there are still plenty of good rates to choose from by looking around online.’

The attraction of a two-year fix may be lower rates now and extra flexibility, but that comes at the expense of needing to remortgage in two years to avoid slipping onto a more expensive standard variable rate.

A five-year fix gives the opportunity to lock into a low rate for a longer period and avoid extra fees and higher rates in a relatively short time.

Unless you have a good reason to take a two-year fixed rate, such as needing to move or expecting to have to sell your home, brokers have suggested that five-year fixed rates might be a cheaper long-term bet.

About what next for mortgage rates?

This is our long-running mortgage rates round-up that looks at the mortgage market and what to consider when looking for a loan.

It has been running for more than eight years and is regularly updated.

Older reader comments are left in place, so people can see what was being said in the past.

Whatever the right type of mortgage for your circumstances, shopping around and speaking to a good mortgage broker is a wise move.

Borrowers should have a quick look at the rates below. These are regularly updated by This is Money’s mortgage team. If you spot a deal you think has been pulled or should be in there, email us via [email protected] with mortgage rates in the subject field.

For a full rate check use This is Money’s mortgage finder service and best buy tables, these are supplied by our independent broker partner London & Country.

Atom Bank has a five-year fixed-rate mortgage at 1.34 per cent with no fee at 60 per cent loan-to-value

Atom Bank has a five-year fixed rate mortgage at 1.59 per cent with no fee at 75 per cent loan-to-value

>> We have removed the best small deposit deals from this list due to a current lack of products available. Our mortgage finder tool will re-list the best deals as they come back to market.

A note on rates

Rates can change on mortgages at short notice and sadly lenders do not always inform us when they alter them (especially if they raise rates rather than lower them).

This can lead to occasions when the rates listed here are not available. If you ever spot this situation – or a good rate we have not listed – please email [email protected] with mortgage rates in the subject line and we will update the round-up asap.

Tracking a 0.10 per cent Base Rate may seem an odd decision when rates are likely to only go up – and you could fix for up to five years at a lower rate – however, there is one big advantage to a good lifetime tracker, flexibility.

A fixed-rate mortgage will almost inevitably carry early repayment charges, meaning you will be limited as to how much you can overpay, or face potentially thousands of pounds in fees if you opt to leave before the initial deal period is up.

You should be able to take a good fixed mortgage with you if you move, as most are portable, but there is no guarantee your new property will be eligible or you may even have a gap between ownership.

A good lifetime tracker has no early repayment charges, you can up sticks whenever you want and that suits some people.

Make sure you stress test yourself against a sharper rise in base rate than is forecast.

Melton BS has a lifetime discounted variable rate at 3.00 per cent for the term, currently at 1.99 per cent with fees of £260 at 75 per cent loan-to-value.

Nationwide has a two-year tracker at Base Rate plus 1.24 per cent with fees of £798 at 60 per cent loan-to-value

Watch out for discount rates, as these track a rate set by the lender rather than following the path of the Bank of England base rate.

Most lenders move their internal variable rate in line with the base rate, but they don’t have to, meaning you could see your rate rise even if the base rate stays put.

Can you get a mortgage?

Getting a mortgage is tougher than it once was. You will need to get your finances in order and be prepared for the lengthier application process and in-depth affordability interviews getting a mortgage requires nowadays.

Lenders also apply different standards to what they will lend.

Weigh up the above, check the rates here and in our best buy mortgage tables, have a scout around what the best deals look like – and speak to a good independent broker.

There are a couple of things to look out for if you do decide to fix.

You need to check the bumper arrangement fees are worth paying – if you don’t have a big mortgage you may be better off with a slightly higher rate and lower fee.

It’s also wise to think carefully about whether you expect to move home soon. A good five-year fix should be portable, so you can take it with you.

But your new property will need to be assessed and you might need to borrow extra money, and so your lender could still say no. Getting out of a fixed rate typically requires a hefty hit to the pocket from early repayment charges.

Today’s low rates may stick around, they may even inch a little lower, but they may also be swiftly axed.

If you think you’d kick yourself if you miss out on one, then set aside some time to consider what to do.

Work out mortgage costs and check what the real best deal taking into account rates and fees. You can either use one part to work out a single mortgage costs, or both to compare loans

To get the full choice of deals raising a decent deposit is still vital. The benchmark figure is 25 per cent, if you have this then you’ll be getting close to the best rates, although for an absolute cheapest deal you’re still likely to need 40 per cent.

However, a selection of better deals for smaller deposits is also now available.

2. Should I take a fixed rate?

Most borrowers consider the security of a fixed rate as worthwhile, whereas variable rate deals can be cheaper but leave you exposed to potential rate rises.

If you decide to take a fix you need to carefully consider how long for.

Two-year deals are cheap but only offer very short-term security and incur extra costs when you remortgage.

Five-year deals lock you in for longer and come with slightly higher rates but better security and no need to remortgage in a relatively short space of time. 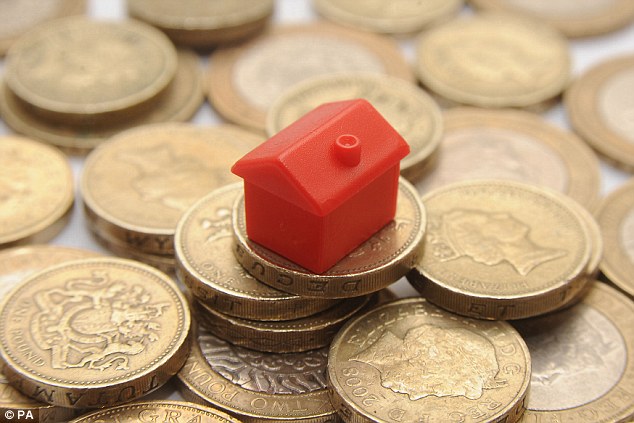 3. Should I take a tracker rate?

Tracker rates are essentially a gamble. What looks like a bargain rate now, could soon get very expensive when interest rates rise.

Anyone considering a tracker needs to make sure they are not just storing up a problem for the future. If the tracker comes with an early redemption penalty that would make it expensive to jump ship, then make sure your finances could take a rise of at least 2 per cent to 3 per cent in interest rates.

For that reason we at This is Money like tracker deals that fit into one of these three categories: no early redemption penalties, a cap to how high the rate will go, or that let you jump ship for a fixed rate if rates rise.

4. Should I get off a standard variable rate?

Standard variable rates are what borrowers slip onto by default when they finish a fixed or tracker deal period.

They can typically be changed by lenders at any time – without the Bank of England moving rates, they may also rise or fall by more than any move in base rate.

A number of mortgage borrowers have fallen victim to lenders hiking their standard variable rates, despite the base rate remaining stable.