Australia Post workers have been caught throwing packages around in a depot with little regard to potential damage.

Employees at StarTrack were filmed by a tradesman near the Newcastle depot after he heard noise of items crashing onto a concrete floor.

Australia Post, which owns the delivery service, was forced to apologise after the footage was shared on a Central Coast social media page. 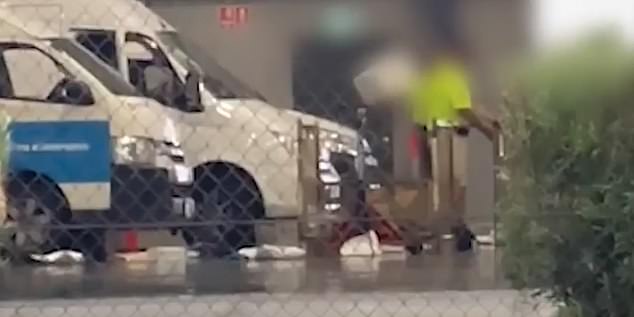 The Facebook page lit up after the minute-long clip showed workers hurling and flipping items onto the floor and into containers near parked vans.

Even one large package was tossed into a container as workers walked about sorting through the mail.

Chris Heaney, who caught the event on camera, said he sent the video to StarTrack, but was not satisfied with its response, so decided to make it public.

Some viewers said they received broken contents in the mail, and others slammed the ‘disrespectful’ workers.

‘Take some pride in your work and treat others how you would want to be treated’, one wrote.

One user said the video explained the big dent on their new Samsung Galaxy s22 phone’s box, and another believed the only response by StarTrack would be to close the roller doors.

Australia Post apologised and said its workers, including at StarTrack, were working hard to deliver a record number of parcels.

‘However, these actions are not in line with the high service standards we expect of our people and we sincerely apologise,’ it told the Daily Mail Australia. 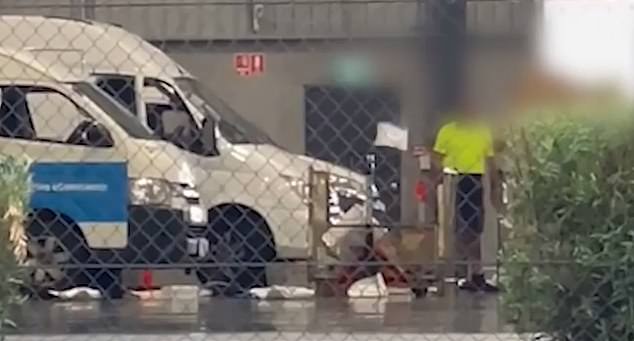 Some on social media said they had received packages in the mail, with broken contents inside