Roger Burnley, who took charge in 2018, has told the business’ new owners that he plans to move on.

The departure was ‘amicable’ and he will stay in the job until a successor is found. 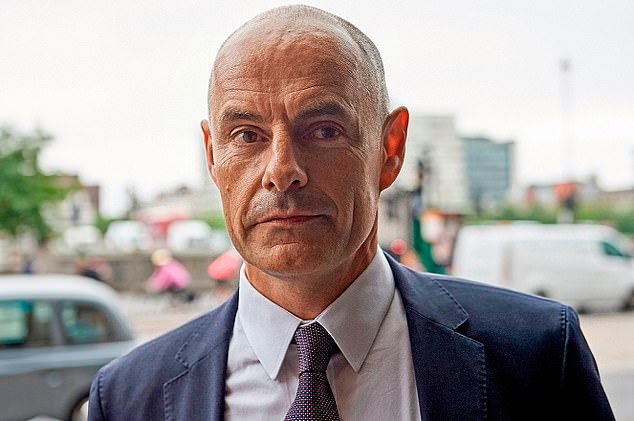 Stepping down: Asda boss Roger Burnley, who took charge in 2018, has told the business’ new owners that he plans to move on

But it puts further pressure on the Issa brothers and London private equity firm TDR Capital who took on £3.5billion of debt to fund the acquisition of Asda from Walmart last year.

Burnley is highly regarded in the industry and spent time at Sainsbury’s as a director before moving to Asda.

Under his tenure, Asda boosted its online sales performance but remains the country’s third largest supermarket, behind Sainsbury’s and Tesco.

His achievements, however, were overshadowed by constant speculation about Asda’s future ownership.

In 2018, Walmart struck a £15billion deal to merge Asda with Sainsbury’s, sparking a year-long effort to get the tie-up past the competition watchdogs.

His departure gives the new owners the chance to appoint a replacement and it is understood the recruitment process is already under way.

Mohsin and Zuber Issa, built their firm EG Group into one of the world’s largest petrol station operators, from a single filling station in Bury, Manchester.

They have wasted no time in making changes and last month they announced they would sell Asda’s petrol stations to their own EG Group in order to streamline the supermarket.

They have also registered offshore companies in Jersey to manage Asda finances and pledged to invest £1billion over three years.

The appointment was a boost to EG’s corporate credentials and its expansion ambitions. In February, Dame Alison Carnwath was then installed on EG Group’s board as the head of the audit committee.

Asda is one of the UK’s biggest private sector employers, with more than 146,000 staff and 600 supermarkets.

Burnley said: ‘My decision to leave Asda is personal and something I wanted to communicate to my colleagues as soon as I could.

Whilst I remain fully committed to leading this great business for the next year and delivering our strategy, it is right to plan for a managed succession process well in advance.

The Issas and TDR Capital jointly said: ‘Roger and his team have protected and enhanced an exceptionally resilient business which we are proud to own.

‘We are acutely aware of the responsibility we have in ensuring this great British brand continues to thrive for years to come.’