One of the world’s top slimming surgeons is being sued for millions after ‘risky’ weight-loss surgery left a formerly overweight woman in danger of starving to death.

Then 33 years old, morbidly obese Michelle Williams was 5ft 5ins and weighed over 18 stone in 2007 when she opted to have internal surgery performed by Professor Franco Favretti, a world-renowned surgeon dubbed ‘the godfather of gastric banding’.

After booking through a weight loss clinic in Birmingham, Ms Williams underwent a ‘very aggressive’ operation in Italy designed to drastically cut the amount of fat and other nutrients her body would absorb when she ate.

The surgery reduced the part of her 22-foot long small intestine from which her body could absorb nutrients to just 50cm, the High Court heard.

And as a result, her lawyers say she has gone from being too fat to being so dangerously underweight and ‘malnourished’ that she is now being fed through a drip into her veins to keep her alive.

Ms Williams, now 48, said she had signed up for a different, less ‘aggressive’ operation and never consented properly to the surgery she had, which was sprung on her less than 24 hours before she went under the knife.

After suing, she has now won the right to damages – to be assessed, but expected to amount to millions – after a judge ruled the surgeon had negligently breached his duty of care towards his patient.

The judge accepted that Ms Williams had wrongly been advised to have the type of surgery she did, that insufficient information had been taken from her before it took place, that she had not been given enough information about the risks in order to properly consent and that there had been a failure to put in place adequate aftercare. 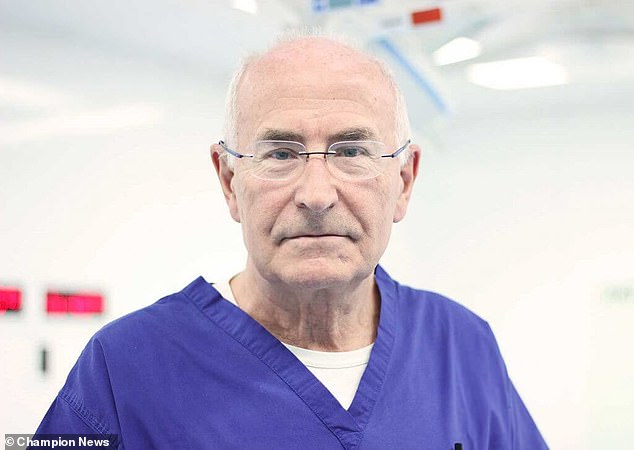 She is suing Professor Franco Favretti, a world renowned surgeon in gastric banding

The court heard that Ms Williams has already agreed to settle confidentially claims she was bringing against Weight to Go Ltd, trading as Healthier Weight, and one of the company’s then bosses, Dr William Ashton.

Speaking afterwards, Ms Williams’ solicitor Richard Coleman said: ‘As a result of the surgery, she is able to absorb very very little nutrition from food and is now being fed nutrients directly into her bloodstream via a drip.

‘She is now significantly underweight and malnourished. The drip is keeping her alive.

‘It is possible to an extent to reverse the operation, but there is no guarantee it will work and the risks involved are very very significant indeed.

‘The claim is likely to be valued in the millions.’

The court heard that Ms Williams was desperate to lose weight when she went to a Birmingham-based clinic run by Weight to Go Ltd – trading as Healthier Weight – in 2007.

She had had a gastric band fitted two years earlier, but was not happy with the results and still weighed 18st 3lbs, and had a BMI of 42.4, at the time of her first appointment.

Her barrister, Ben Collins QC, told the court that she ultimately paid £11,500 for what she thought was going to be a gastric bypass operation at a hospital in Italy. 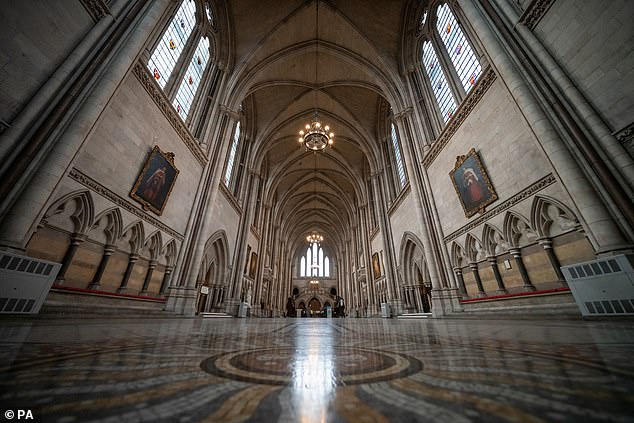 Ms Williams has brought her case to the High Court, where she is suing the weight loss prof

The surgery was to be carried out by Professor Favretti, who is described on the Healthier Weight website as ‘the godfather of gastric banding’.

But rather than the less drastic gastric bypass she said she signed up for, Ms Williams actually underwent a biliopancreatic diversion (BPD) with gastric preservation.

That operation – which leaves the size of the stomach unchanged but drastically cuts the amount of nutrients the body is able to absorb from food through the intestines – was said by the barrister to be a ‘novel and experimental process’ necessitating ‘lifelong’ aftercare and careful diet control post-op, about which Ms Williams was not informed.

‘This is a claimant who has undergone extremely aggressive and risky surgery without ever knowing what she was letting herself in for,’ he told the court.

Calling the operation ‘a particularly aggressive surgical option,’ the barrister added: ‘The surgery she had left her with just 50cm of colon channel. The consequences for the claimant’s health have been devastating.’

Ms Williams ‘did not know the surgery carried with it a risk of permanent/untreatable malnutrition,’ he said.

Mr Collins told Judge Nigel Bird: ‘She was not a good candidate for this because of her psychological profile, and the problems she had with the aftercare were foreseeable.’

As a consequence, she had suffered ‘very serious, indeed life-changing and potentially life-threatening physical symptoms.’

Ms Williams had consented to ‘a procedure which was not in fact undertaken’ and ‘was not warned of the very serious permanent and life-changing risks associated’ with the operation she underwent.

‘Nor was she warned of the need for expert lifelong aftercare, rather than a 12-month package with nutritional supplements and GP support thereafter,’ the barrister said.

He told the court that Professor Favretti, who did not attend court, had written a letter in his defence stating that he had ‘a total lack of liability since this was a totally successful operation’.

He also said the lack of consent complained of was ‘the responsibility of the hospital,’ adding that he didn’t intend to participate in the UK court proceedings because the matter should be dealt with under Italian law.

But finding that the surgeon was negligently in breach of his duty of care towards Ms Williams, the judge said: ‘The advice to undergo this procedure was negligent. There was an alternative, far less risky procedure available.

‘The appropriate law to be applied is English law.

‘As a result of the surgery, she had suffered from long-lasting and profound personal injury.

‘Professor Favretti is a world-renowned bariatric surgeon. He carried out surgery which had an impact on the claimant’s anatomy, digestive capacity and nourishment.

‘He denies liability and asserts that the operation was entirely successful and that if something went wrong the responsibility is that of the hospital under Italian law.

‘The aim of bariatric surgery is to help a patent lose weight. Either the size of the stomach is reduced or the extent to which the body can consume nutrients is reduced, sometimes both.

‘She underwent BPD with gastric preservation. Her small intestine was divided into three parts with a short common channel.

‘The extent to which the process inhibits the body’s ability to absorb nutrients is profound. The effects of the procedure on the claimant include at least arguably malnutrition.

‘It is said that Professor Favretti should not have operated without enquiries being certain that proper investigations had taken place.

‘The clamant didn’t give, it is said, appropriately informed consent,’ the judge said, adding that medics at the Italian hospital ‘told her the nature of the operation very shortly before it took place when she was already committed’.

Ms Williams has already agreed to settle confidentially claims she was bringing against Weight to Go Ltd and Dr William Ashton, but the judge ruled that Prof Favretti is also liable to pay damages, which will now be assessed on the basis that, had she undergone a gastric bypass, the ‘effect on her anatomy, digestive capability and malnourishment’ would have been avoided.

‘I’m satisfied that each of the four duties of care said to be owed to the claimant by the three defendants have been breached,’ he said. ‘I have come to the conclusion that judgment ought to be entered against Professor Favretti. These matters have been decided in the claimant’s favour.’