Three-month-old babies should be taught about implicit bias and racial stereotypes, according to a series of experts quoted in The Washington Post.

In a much-mocked article last week, entitled ‘Social justice for toddlers’, parents were given a list of books, websites, YouTube channels and companies offering ‘woke’ material for babies and young children.

Another recommended that ‘ensuring children have authentic connections to people from different backgrounds is likely to reduce bias’.

Jesionka wrote: ‘In the era of Black Lives Matter and #MeToo, many parents are wondering when the right time is to talk to their children about social justice.

‘Experts say it’s never too early, and a new wave of tools and resources can help start the conversation.’ 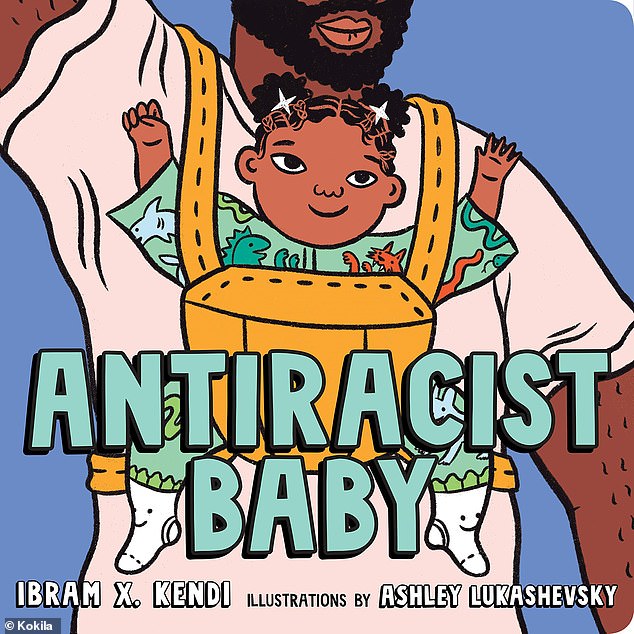 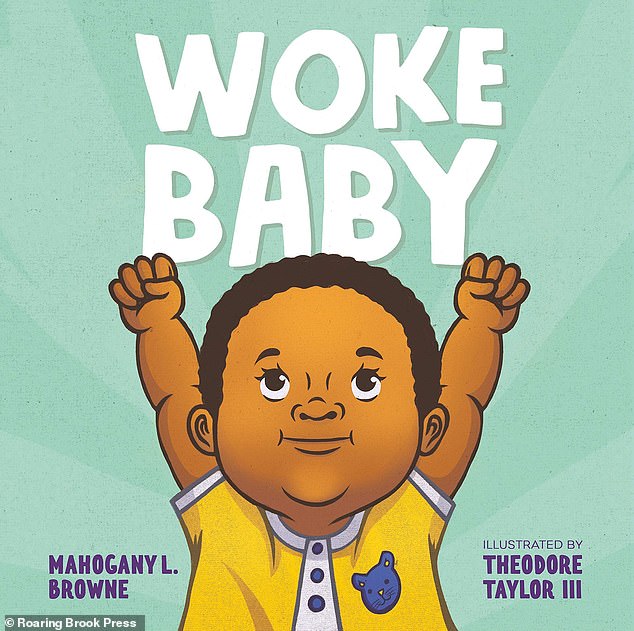 ‘Woke Baby’ is another book recommended by The Washington Post author 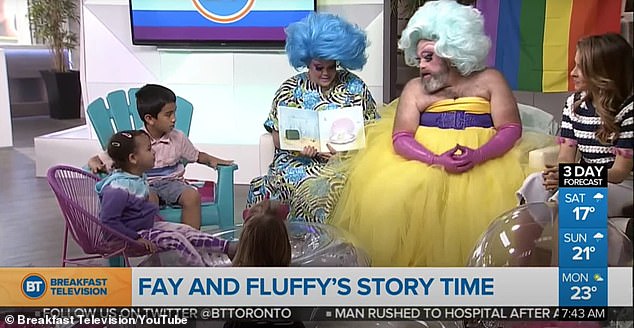 She highlighted books such as Woke Baby and Antiracist Baby – whose cover features a black child protesting with its father, fist raised.

Jesionka spoke to Nicole Stamp, a Toronto-based children’s TV writer who co-founded ByUs Box – a company which sold a limited run of boxes of toys, books and learning materials ‘to dismantle bias’.

She also highlighted the work of Canadian drag performance duo Fay and Fluffy, who read books and sing songs for their young audiences.

Fay Slift, the alter ego of John Paul Kane, and Fluffy Soufflé, also known as Kaleb Robertson, have performed across the country and have a popular streaming series. 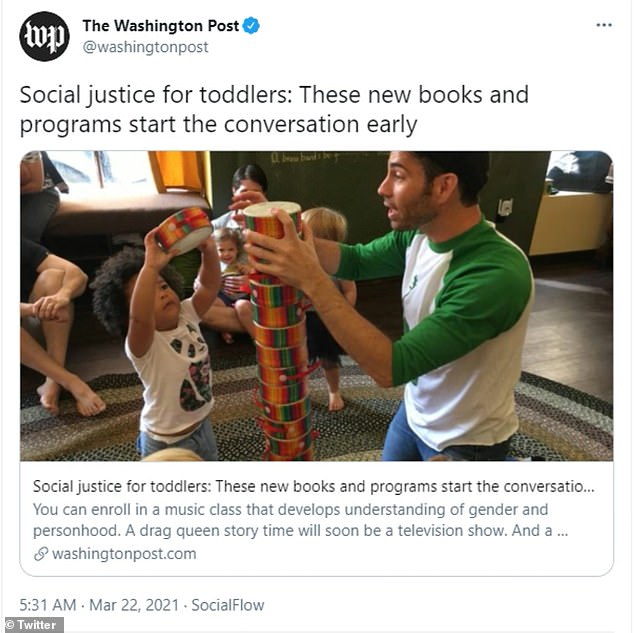 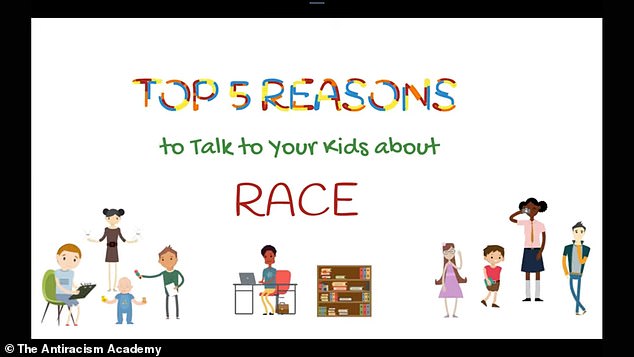 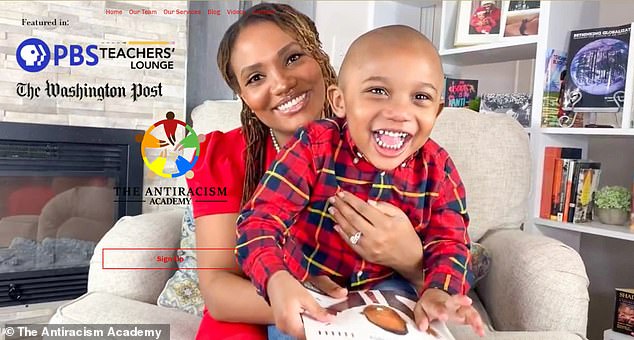 Brandee Blocker Anderson, a former corporate lawyer (above) set up the Antiracism Academy

‘Through music, rhythm and movement, infants and toddlers learn about self-expression, teamwork, sharing, and empathy. All in a magical environment full of surprises and set to your favorite tunes from your favorite artists,’ he writes on his website.

Now held online, Francisco’s classes mix popular music with educational themes, holding up a colored ball and asking the toddlers: ‘Is pink a boy or a girl?’

She set up the site to promote anti-racism learning materials.

‘There is an opportunity to reach adults and children who want to do better,’ she told Jesionka.

‘We can give kids the language they need to respond in meaningful ways about race. We are at a point in history where there is a critical mass of people who get it.’

‘Can we just teach children to walk, talk, play before we start hoisting our guilt and neuroses on them?’ asked one critic.

Another replied: ‘Can’t wait to see the fallout from an entire generation of toddlers who’ve grown up to hate themselves for the way they were born and have been taught to accept the blame for things their forebears, did as though they carried the sins of Adam on their souls.’

‘This conversation is one that divides us. Universal identity is what should be centered. Not race. Not gender.’

Another remarked: ‘This generation of kids is going to need decades of therapy after going through this CRT bulls***.

‘One half of them will just crumble under the white guilt pushed into them and turn into fragile ghosts barely resembling human beings. The other half will just get radicalized.’

Another concluded: ‘This is messed up.’