A heartbreaking picture from New South Wales’ once-in-a-generation floods shows a family’s beloved horses trapped in a paddock as water rises around them.

Brave local Phillip Atkin has already rescued a woman from her flooded property in Crescent Head, north of Port Macquarie, but has been unable to save her three horses Navar, Degrey and Barney.

In a post on Facebook, Amanda Hancock made a desperate plea for friend Anny Biasol – who owns the horses – after she became trapped on the property. 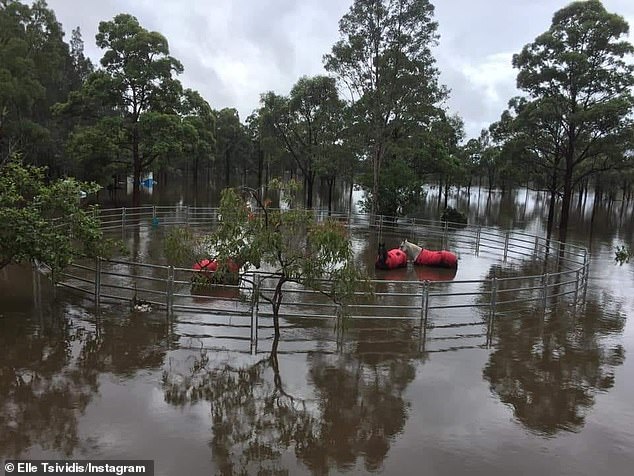 A tragic image of horses Navar, Degrey and Barney standing in waist-high water at a Crescent Head property has been shared in a desperate plea for help

She shared the confronting image of Ms Biasol’s horses stranded in waist-deep water on the property and asked if anyone with a boat could coordinate with local SES.

Mr Atkin responded to her post on Monday morning, offering to drive his boat to the Crescent Head property along the flooded Maria River to help with the rescue mission.

But it had been too risky to evacuate the horses, as flood waters continued to rise around them.

The rescuer explained the paddock was surrounded by underwater fencing, logs and submerged boats meaning the distance to safety was too dangerous to travel. 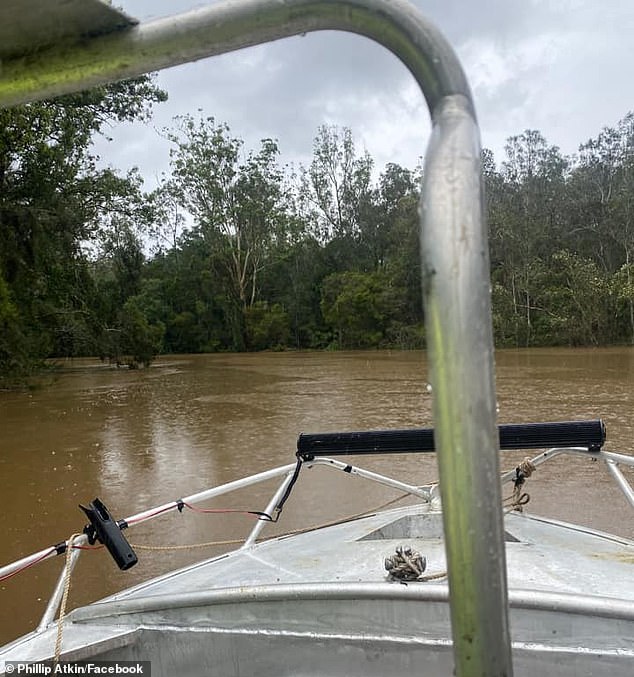 Plans to rescue the horses were underway on Tuesday morning, with Mr Atkins to return with feed for the horses who remain in a ‘reasonably safe’ condition in ‘belly-high water’.

Mr Atkin told Daily Mail Australia the horses will soon be removed from their enclosure and remained in a stable condition.

Emergency services and courageous locals continue to evacuate homeowners and their beloved animals from properties inundated by the floods.

Four hours south from Crescent Head, seven horses and a cow were rescued from a Cornwallis property on Monday night. 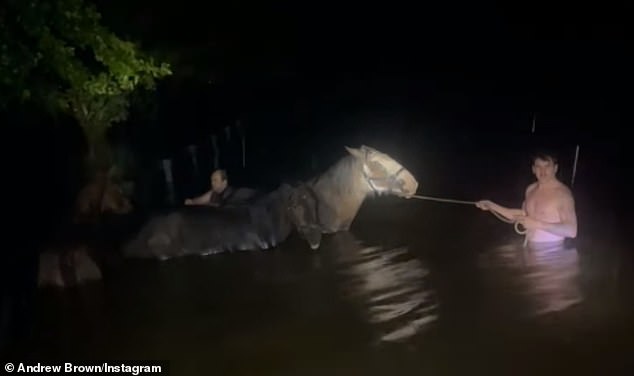 ‘Myself, an amazing friend, Josh and some amazing strangers went deep into the floodwaters of Cornwallis via a dingy around 10pm last night’, Mr Brown said.

‘Miraculously we were able to locate them and swim them all to higher ground under my house.’

Mr Brown said the SES and a vet had returned to the property and given the horses injections and a medical test. 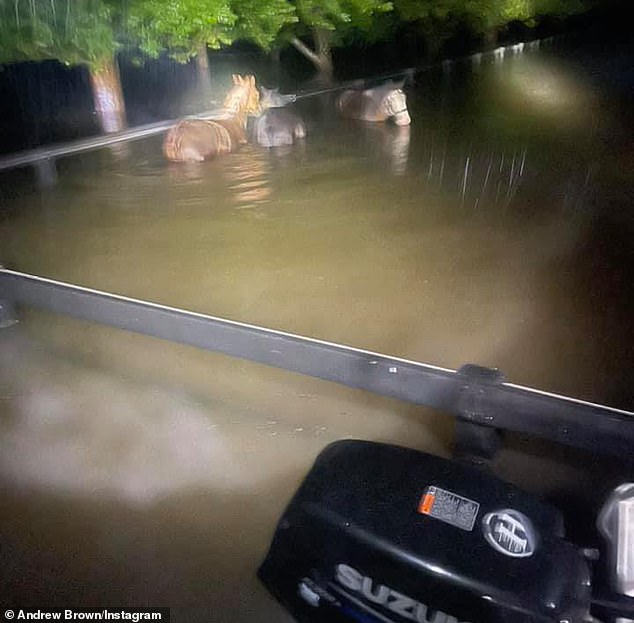 The SES on Tuesday morning reported crews were attending 9,700 calls for help across New South Wales, including 870 flood rescues.

‘As we advised yesterday about 18,000 people have been evacuated and regrettably we now have warnings for an additional 15,000 people that may need to be evacuated.’