A cyclist was left stunned after he was given a warning by police for riding with a camera on his helmet, a little-known offence which could see riders cop a $349 fine.

The man was riding his bike in Melbourne, Victoria with a friend when they were suddenly stopped by an officer.

The pair were told that unless the helmet had been manufactured to allow for a device to be fixed on, it was illegal to mount your own camera onto it.

‘It changes the dynamic of that testing,’ the officer is heard telling the cyclists.

‘As soon as you alter it, it’s illegal.’

While Queensland, the ACT, South Australia have no issues surrounding cyclists fitting cameras onto the helmets, the rules in Victoria and New South Wales vary.

Victoria Police confirmed to Daily Mail Australia riding with a helmet that is not considered approved by Australian standards, including being altered to have a camera on it, is an offence and can result in fines up to $207.

In New South Wales, the same rules apply and prohibit cyclists from attaching devices onto their helmets unless they were designed to be fitted with them. 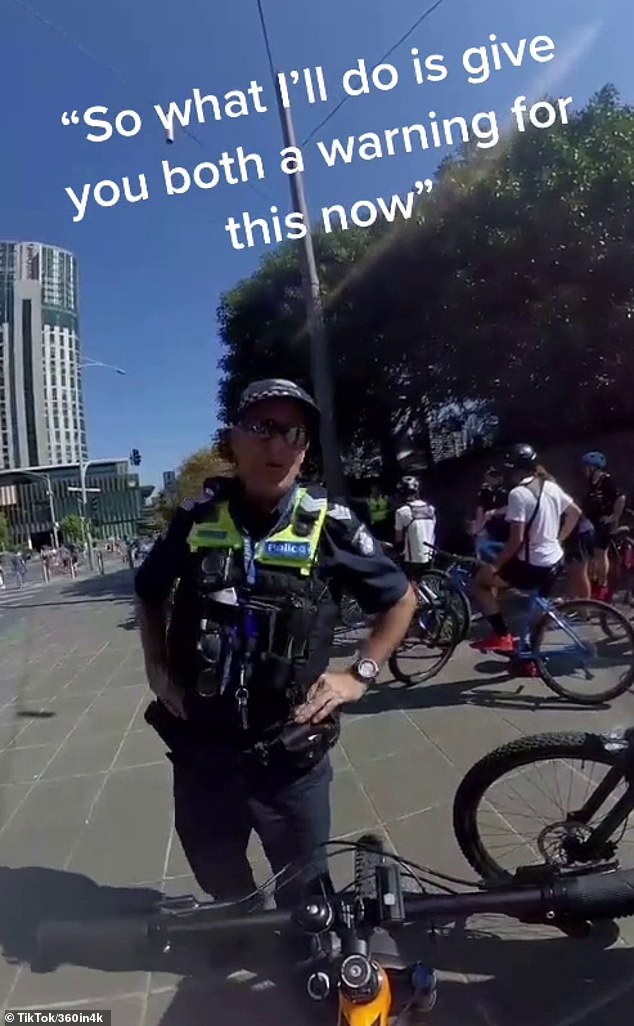 SHOULD CYCLISTS HAVE CAMERAS ON THEIR HELMETS?

The penalty for not wearing an approved helmet in NSW is $349.

Footage of the interaction was shared to TikTok sparking a mass debate about road rules for cyclists.

Many argued the officer was being too harsh on the cyclists, while others warned of the injuries a mounted camera can cause in the event of a crash.

‘It’s because if you crash or fall and land on your camera, you can break your neck,’ one person commented.

‘He’s right, if you stack the impact is on a little spot not spread out like the helmet is designed for which saves you. The camera will go through into you,’ another said.

‘He’s technically not wrong, helmets are designed very specifically to protect your head, an extra object disrupts that.’

Others suggested the cyclists could instead mount a camera onto their handle bars or wear them on their chests. 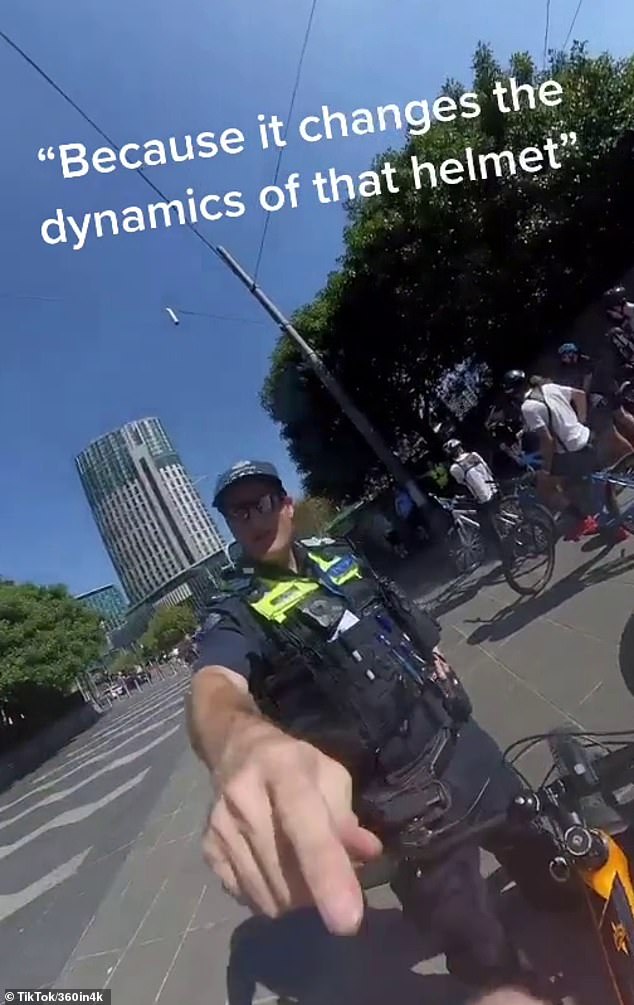 The officer said unless the helmet was manufactured with the camera already fitted to it, any further alterations were illegal