By Alyssa Guzman For Dailymail.Com

The EF3 tornado touched down in Madison County, which can see winds up to 165mph. Residents experienced high wind gusts and isolated tornadoes as the storm raged through, destroying neighborhoods and vehicles.

The tornado swept through Winterset and Norwalk as it headed toward the capital Des Moines on Saturday night, causing seek-shelter-immediately warnings to be issued as gray and pink clouds filled the sky.

Two are reported dead, according to WHO 13. Their names have not been released by police and authorities are currently searching for more people.

This is a developing story. Check back for updates. 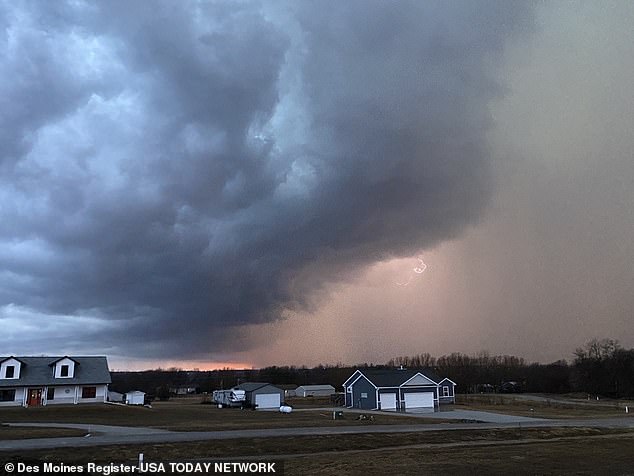 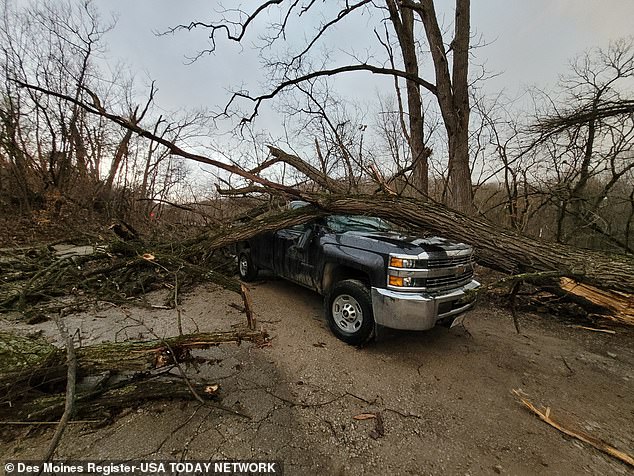 A big tree limb crushed a truck as strong winds caused massive damage. The storm was classified as a EF3, which can see winds up to 165mph