A new breed of thrill-seeking investors is taking huge financial risks on assets such as bitcoin, according to the City watchdog.

The regulator said this ‘new, younger, more diverse’ group of investors was skewed towards women under 40 from ethnic minority backgrounds. 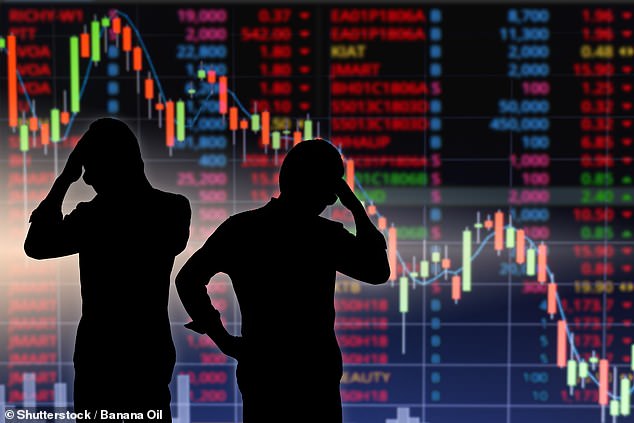 ‘For many, emotions and feelings such as enjoying the thrill of investing were key reasons behind their decisions to invest,’ the FCA said.

‘This is particularly true for those investing in high-risk products for whom the challenge, competition and novelty are more important than conventional, more functional reasons for investing like wanting to save for retirement.’

The FCA found that 38 per cent of those who buy into ‘high-risk’ assets like cryptocurrencies and foreign exchange did not list a single practical reason – such as saving for a house or pension – for doing so in their top three.

More than 40 per cent said they did not view ‘losing some money’ as one of the risks of investing.

But more than half are investing money they cannot afford to lose, with 58 per cent saying a significant loss could fundamentally affect their lifestyle.

Susannah Streeter, senior investment and markets analyst at Hargreaves Lansdown, said: ‘The crypto Wild West could have a serious impact on consumers who dabble in products they don’t fully understand.’

The report follows an explosion of interest in cryptocurrencies such as bitcoin and ‘meme stocks’ driven higher by internet hype.

The trend is being driven by people on social media platforms, such as Youtube and Reddit, and there has been a proliferation of commission-free investment platforms such as Freetrade.

Danni Hewson, financial analyst at AJ Bell, said: ‘It might feel like a game but the figures on screen are real – real money, real risk.

‘When it all goes wrong, which any seasoned investor knows it can, the end result can be shattering. A worryingly large number of young investors seem to be blind to the pitfalls.’

A social-media-driven trading frenzy recently sent shares in US video games chain Game Stop up 1,500 per cent before they crashed back down, leaving many retail investors with huge gains while others nursed heavy losses.

Amateur investors have also piled into cryptocurrencies, helping to push bitcoin above $60,000, up from below $5,000 a year ago.

The FCA report will also put the UK’s Advertising Standards Authority on notice, amid concern over the way some products are marketed.

A recent campaign by Luno has seen adverts on buses and in train stations telling investors: ‘If you’re seeing bitcoin on a bus, it’s time to buy.’

One of the fastest-growing ‘social’ investment platforms, Etoro, tells customers to invest ‘smarter’ by copying other retail investors on the site.

Young investors, the FCA said, are ‘more reliant on contemporary media for tips and news’ than traditional investors.

They have a strong reliance on ‘gut instinct and rules of thumb’, with almost four in five agreeing with the statement: ‘I trust my instincts to tell me when it’s time to buy and to sell’.

A similar number felt there were sectors and firms that were a ‘safe bet’. Sheldon Mills, consumer director at the FCA, said: ‘We want to make sure that we encourage the ability to save and invest for lifetime events, particularly for younger generations, but it is imperative that consumers do so with savings and investment products that have a suitable level of risk for their needs.’

James McManus, chief investment officer at Nutmeg, said: ‘Many younger investors will likely have lost a great deal through this sort of short-term, speculative stock picking, which we see as more akin to gambling.’

The warning follows the collapse of Football Index, a gambling platform that marketed itself as a ‘football stock market’ and promised to beat returns on traditional investments. Thousands were taken in with many, mostly men in their 20s and 30s, losing their ‘life savings’.