The perfect pick-me-up for a nation in lockdown! Great British Spring Clean 2021 launches… with calls for our loyal army of readers to help make Britain cleaner and greener

By Colin Fernadez For The Daily Mail

The lockdowns have highlighted more than ever the importance of Britain’s green spaces in keeping our minds and bodies healthy.

And with the nation itching to get outside once curbs are lifted, here’s a chance to make sure the countryside looks its glorious best.

The Great British Spring Clean 2021, which officially launched yesterday, calls on our loyal army of readers to help make Britain cleaner and greener.

The annual litter-picking event, organised by Keep Britain Tidy and supported by the Daily Mail, will run from May 28 to June 13. By picking up rubbish, we can show actions speak louder than words. 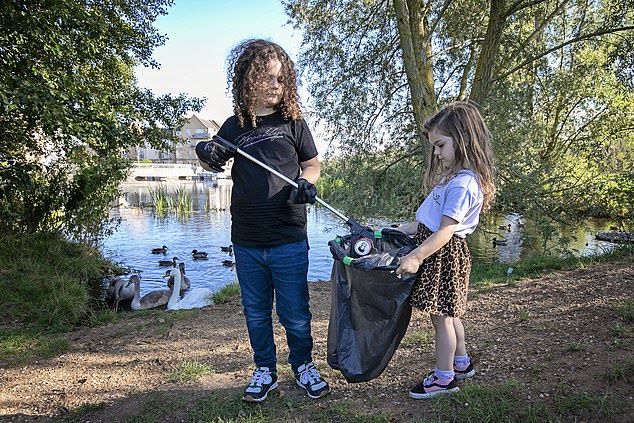 MPs launched the campaign. Last year 216 of them backed it.

Environment minister Rebecca Pow yesterday said she hoped all of the Commons’ 650 members would offer their support this year and the Spring Clean would ‘set the tone’ as Britain comes out of lockdown. She added: ‘This spring we will all want to get out and enjoy our local parks and countryside. The last year has demonstrated the importance of green spaces for our physical and mental wellbeing.

‘But we need to take action to tackle the blight of litter which spoils the environment and damages wildlife. I commend Keep Britain Tidy and the Daily Mail for their commitment to cleaning up our environment. I very much look forward to getting involved and seeing communities up and down the country readying themselves for a very Great British Spring Clean.’

She added: ‘By taking part we will be setting the tone for the summer ahead by showing that dropping litter isn’t acceptable – and that people do care really deeply about protecting the environment.’ Last year more than half a million people signed up for the Great British Spring Clean, which had to be delayed until September because of lockdown. 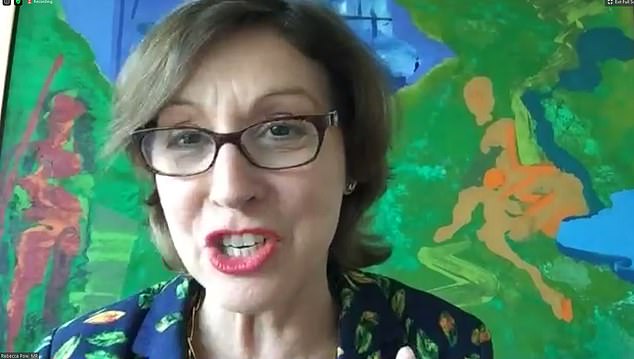 The Mail has a proud campaigning tradition and for years has crusaded against plastic pollution. Editor Geordie Greig said: ‘We passionately believe in this clean-up and the volunteer force we get behind us is like a hurricane. Each year we do it, more people seem to join. And each year we do it, we hope the country gets tidier and neater.’

He added: ‘We’ve had an incredible year – even with Covid – with campaigns and our Mail Force charity which we set up providing PPE and computers for kids.

‘Last year, we raised money and goods – both computers and PPE – worth more than £25million, the biggest amount any newspaper has ever raised. And we want to bring the force of our incredible readers to this campaign.’

Allison Ogden-Newton, chief executive of Keep Britain Tidy, said of the end of lockdown: ‘We know without a shadow of a doubt that the country is about to be covered in rubbish – and the absolute frontline will be our litter pickers.’ 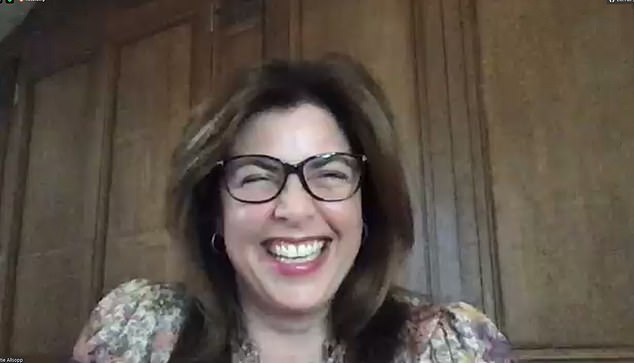 She added: ‘The Great British Spring Clean is the country’s biggest-ever mass action environmental campaign and will be even bigger this year. Over the past 12 months, Keep Britain Tidy has seen a staggering increase in our volunteer numbers, showing that the great British public is increasingly concerned about the devastating impact of litter.’

TV presenter and Keep Britain Tidy ambassador Kirstie Allsopp urged everyone to pledge 17 hours of litter picking. She said: ‘If you think ‘Could I manage that?’, you can – because you can do it on your walk every day.

‘So every single day on your walk if you pick up litter, you’re going to get to 17 hours in 17 days.

‘Go for the biggest pledge, go for the 17 hours, because we can all do that.’

Volunteer Lou Curtin, eight, is often joined by his three-year-old sister Ivy as they pick up litter around St Neots, Cambridgeshire. His mother Holly said: ‘Lou’s got such a good heart. He worries a lot about animals getting hurt or trapped in the litter.’

Lou has won a string of community awards and the local council has even named one of its refuse vehicles after him.