What a lucky trucker! Moment a semi-trailer bounces off the wall of a narrow bridge and almost plunges 20 feet into the creek below

This is the shocking moment a truck driver almost lost his 40ft trailer while driving over a narrow bridge in Tennessee.

A motorist was filming the scenery around Caryville, just north of Knoxville when the truck attempted to cross the stone bridge on the old state road.

The truck driver moved to the far left of the road in an effort to get his vehicle safely over the bridge, however, he misjudged the side under run of the trailer. 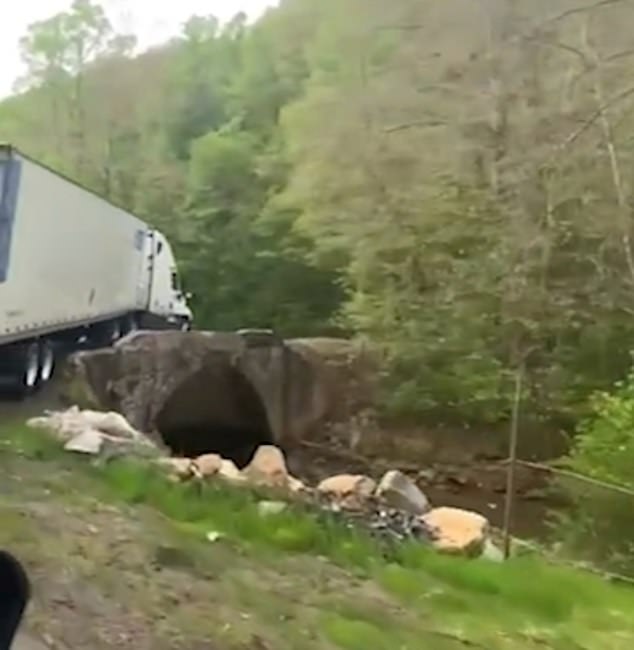 The truck approached the narrow bridge on the outskirts of Caryville, just north of Knoxville when it was placed into grave danger 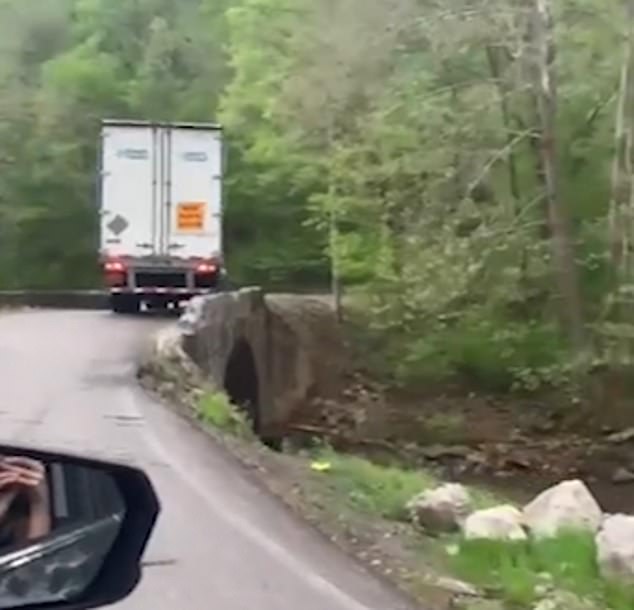 Luckily for the driver, the trailer landed back on the road instead of pulling him over the side

As the rear wheels of the trailer rolled onto the bridge, the adverse camber and the natural swing saw the unit slide sideways, with the rear wheels bouncing on the low stone wall.

Luckily for the driver, the trailer did not topple over the side into the stream which was more than 20 feet below the road.

The truck driver stopped almost immediately and waited a few moments before continuing his journey. He did not get out of the cab to inspect any possible damage to his unit or the bridge.

A witness said the incident happened on April 29: ‘This happened on old state highway 63 shortly after 5:30 pm on a road trip when the traffic backed up on the expressway and the GPS rerouted us to take old state 63.

‘We followed down the road with a semi leading the way, I was just taking videos of the scenery when it happened during my recording.’