A Ted Bundy-obsessed teenager who ‘lured a disabled girl to a remote park’ where he stabbed her 100 times after searching ‘how to kill with a knife’ has been jailed for life.

The boy, who cannot be named for legal reasons, launched his attack in a park off Highsted Road in Sittingbourne, Kent, in the early hours of July 22, 2021.

Maidstone Crown Court heard the boy grabbed the victim around the mouth before repeatedly stabbing her face, neck, chest, abdomen, arms and legs, stole her phone and threw her into a bush.

Miraculously, despite such extensive wounds, the girl was found alive in a critical condition by a dog walker about seven hours later.

A court heard the defendant’s violent behaviour was ‘partly motivated by hostility’ to her disability.

In a cruel message six months earlier the then 16-year-old had branded her ‘a crippled b****, adding he would ‘rather s**g a dead cat’.

He also carried out a number of sinister internet searches in the days before his murder bid and in the immediate aftermath, which included ‘how to kill with a knife’, ‘how to deal with killing someone’, and ‘the highest sentence for murder in UK’.

After his arrest however, he denied any involvement in the attack and claimed to have been with his girlfriend watching the Zac Efron movie Conversations with a Killer: The Ted Bundy Tapes.

The boy later pleaded guilty to attempted murder and, at Maidstone Crown Court, he was told he would have to serve a minimum of ten years before he can be considered for parole. 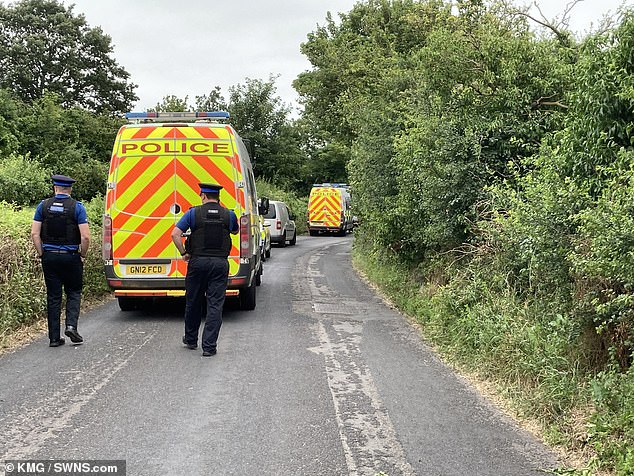 Police carrying out searches after the 16-year-old girl was found stabbed in Sittingbourne in July 2021. Her attacker has been jailed for life 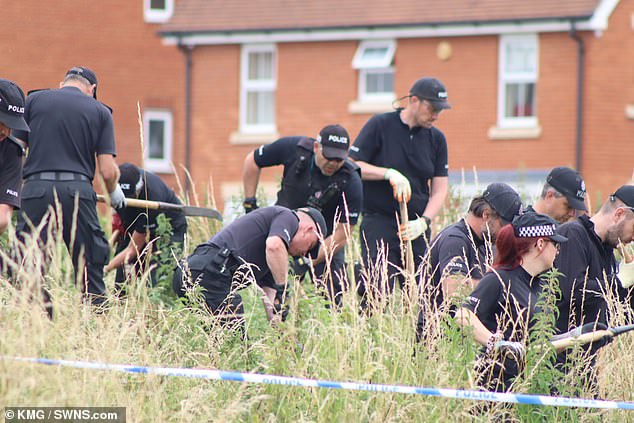 Maidstone Crown Court heard the boy stabbed his victim in the face, neck, chest, abdomen, arms and legs, stole her phone and dumped her in a bush

The court heard the pair met up after exchanging messages over Snapchat and the defendant even gave his victim a piggy-back’ to the secluded spot where he told her ‘no one will hear us or see us’.

Prosecutor Martin Yale told the court the defendant had ‘lured her to the orchard to carry out the premeditated attack’.

‘When he met her, he intended to murder her, motivated in part by hostility towards her disability,’ Mr Yale said.

‘The victim was deceived into going along with him to a secluded location in order for the attack to take place.

‘When he stopped attacking her, she fell to the ground, he took her phone and threw it under a bush.

‘Thereafter, he left her for dead, alone in the orchard and bleeding from in the region of 100 wounds.

‘She heard sounds in the bushes and thought he was watching her. Then she lost consciousness and the next thing she remembers was waking up in hospital.’

At 7am, she was found groaning in blood soaked clothing and the emergency services were called.

She required surgical intervention and a blood transfusion at the scene before being airlifted to London’s King’s College Hospital.

The knife wounds had caused damage to her liver, lung, pancreas and kidney, and narrowly avoided major arteries in her neck, chest and abdomen, the court heard.

Injuries to her arms and legs were said to be consistent with her desperately trying to fight her attacker off.

‘Had she not received medical intervention and resuscitation when she did, it was more likely than not that the injuries would have proved fatal within a short period of time,’ Mr Yale told the court.

The teenager had to undergo further surgery at hospital, requiring multiple transfusions, and was placed in an induced coma to aid her recovery.

She was discharged the following month and, as well as the physical pain and scars she has been left with, has been diagnosed with post-traumatic stress disorder. 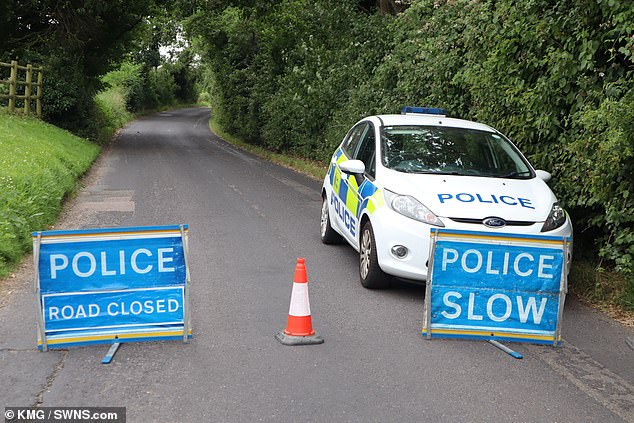 In a cruel message six months earlier the then 16-year-old had branded his victim ‘a crippled b****, adding he would ‘rather s**g a dead cat’

The court heard that her mother contacted friends on waking to find her daughter missing that morning, and even spoke to her attacker.

‘He told her he had been with his girlfriend and didn’t know the whereabouts of her daughter,’ said the prosecutor.

‘But he seemed defensive and said everyone would blame him.’

The boy was arrested that day at his home in Sittingbourne but he chose not to answer any questions when interviewed by police.

On his remand into custody he revealed his ‘hate’ for the victim but still maintained he was not responsible.

‘He said he was in bed watching The Ted Bundy Tapes when she was stabbed, which “would not make his situation look good”,’ Mr Yale told the court.

However, police later discovered his sinister message exchanges and online searches, as well as the victim’s DNA on his blood-stained jogging bottoms and leather jacket.

Just four days prior to the attempted murder, he had also confessed to a friend he was ‘at the point of going through with it’.

‘He said he had already packed his bag with a knife, hammer and spare clothes in case he got blood on those he was wearing, and had even thought about how to hide the body,’ said the prosecutor.

The court heard the defendant, who has no previous convictions, struggled with his mental health prior to the knife attack and caused his parents such concern they had sought professional help.

His low mood and sense of isolation had also been exacerbated by the pandemic lockdown, said Tana Adkin QC, defending.

She told the court the boy was becoming more irritable and anxious, spoke about ending his life, and would take a knife to his bedroom.

He spoke to health professionals himself but just two months before he attacked the girl, his mother was told by social care services to ring the police when he threatened to kill himself.

He has since been diagnosed with autism and a comorbid depressive disorder, the court was told.

Ms Adkin said his parents – who attended court for his sentencing – ‘did all they could’ and it was not until after his arrest that his conditions were diagnosed.

‘Both are significant mental health issues which may provide some explanation why it would be that a 16-year-old would behave in such an extreme way having not been in trouble before,’ she told the court. 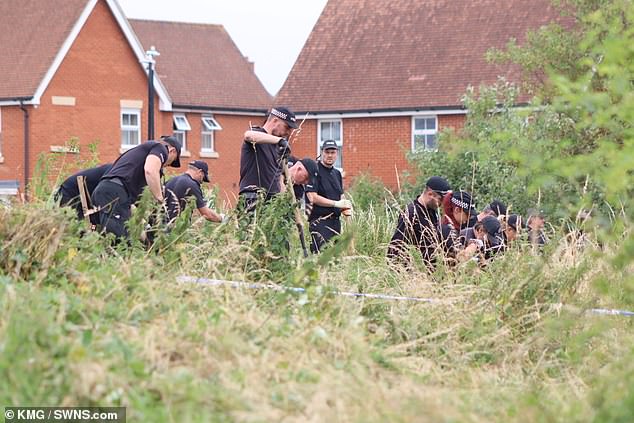 The boy later pleaded guilty to attempted murder and, at Maidstone Crown Court, he was told he would have to serve a minimum of ten years before he can be considered for parole

Passing sentence, Judge Philip Statman said the reason the teenager had targeted a ‘disabled and vulnerable victim unable to fight back’ may never be known.

‘You engaged in a savage and brutal attack upon her. You attacked her with a knife which you had taken to the scene,’ he told the boy.

‘I am completely satisfied that at the time of this offence and for some time before, you had a murderous intent in your head.

‘She thought you were going out to have a laugh together.’

The judge also praised the victim’s bravery and resilience, and commended those who assisted her at the scene.

‘I am absolutely sure that the combination of the police officers, her guts, her desire and will to live, followed thereafter by the skills of the surgeons, saved her life,’ he added.

‘She fought for her life and she won.’

Judge Statman said the defendant had since shown signs of remorse, was engaging well in custody and benefitting from medication.