A teacher from Florida was taken to hospital after being attacked by a couple of four and five-year-old pupils in her classroom.

The youngsters who attend Pines Lakes Elementary in Pembroke Pines, Florida were said to have thrown objects and flipped chairs in the classroom before allegedly attacking her using their fists and feet.

The alleged assault occurred in the ‘cool down’ room at the elementary school shortly after 10am on Wednesday, according to Local10. 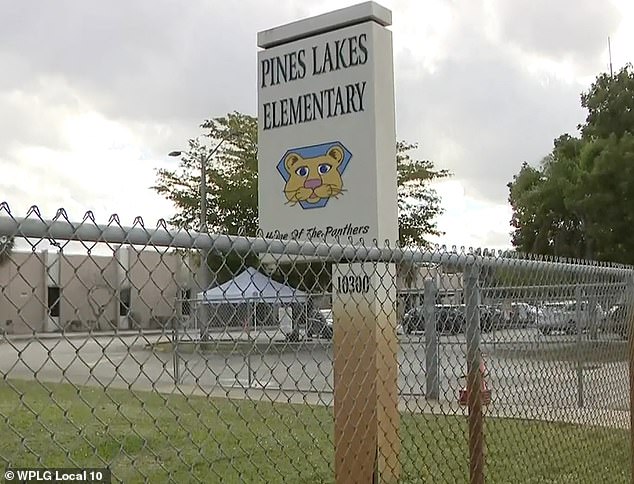 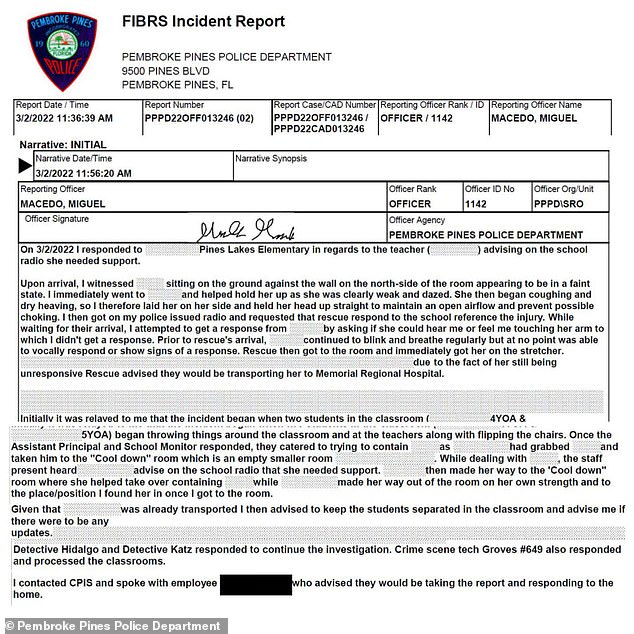 A police report from the Pembroke Pines PD details how two pupils, ages four and five began throwing things and flipping chairs in class , The teacher was found sitting against the wall and said to be coughing and ‘faint’ 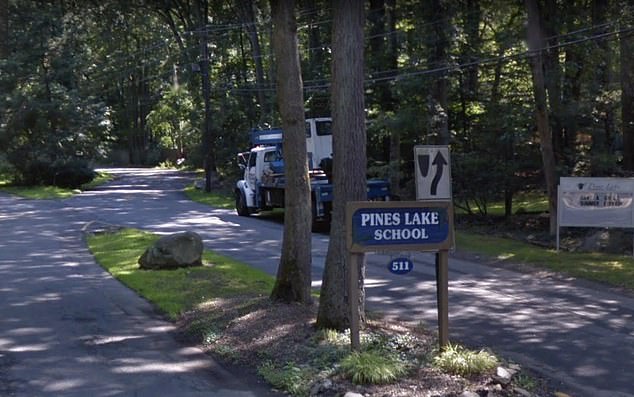 By the time paramedics arrived at the school, the teacher was completely unresponsive

According to a police report, an officer who responded to the attack found the teacher sitting on the ground and feeling ‘faint,’ ‘weak and dazed’.

The report then states how she started coughing and dry heaving.

By the time paramedics arrived at the school, the teacher was unresponsive and had to be taken to hospital.

Fire Rescue personnel brought the teacher out of the classroom on a stretcher in order to take her Memorial Regional Hospital in Hollywood.

The five-year-old student faces the possibility of being charged with aggravated assault and battery with hands, fists, and feet.

In Florida, there is no statute specifying any minimum age for arrest, which means there is nothing legally preventing a preschooler, even two-and-a-half years-old, from being arrested.

Last year, a Florida House panel approved a proposed bill to establish a minimum arrest age of 7-years-old but the bill failed to become law.

22 states have minimum arrest ages ranging from six-years-old in North Carolina to 12-years-old in California and Michigan.

Most states will not arrest or charge anyone under the age of eight.

Children between the ages of 10-12 are not usually sent to jail except for rare cases involving major offenses. 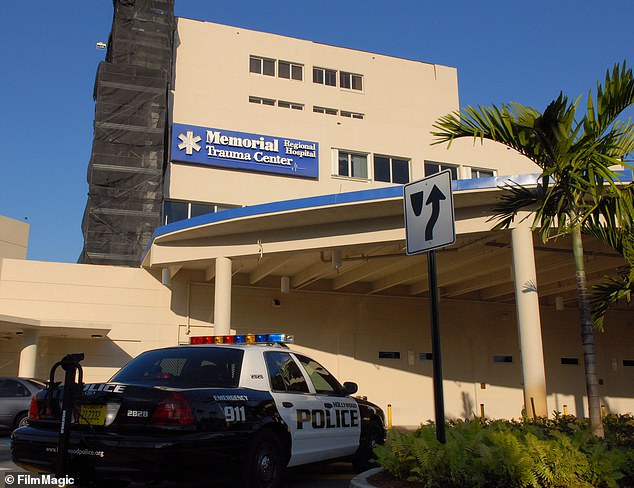 Fire Rescue personnel brought the teacher out of the classroom on a stretcher in order to take her Memorial Regional Hospital in Hollywood, picture above (file photo)