A run-down terrace house in inner Sydney with exposed framework through holes in the walls and with no finished floors has sold for $3million – $800,000 over reserve.

As the property market soars to highs not seen since 2018, Sydney is where being hit with the brunt of the effects – with the same amount of cash in other cities stretching a lot further.

In a promotional video for the 1880s Victorian era townhouse located in Glebe, agent Matthew Carvalho from Ray White Surry Hills describe the property as in need of some ‘minor patch-up work’. 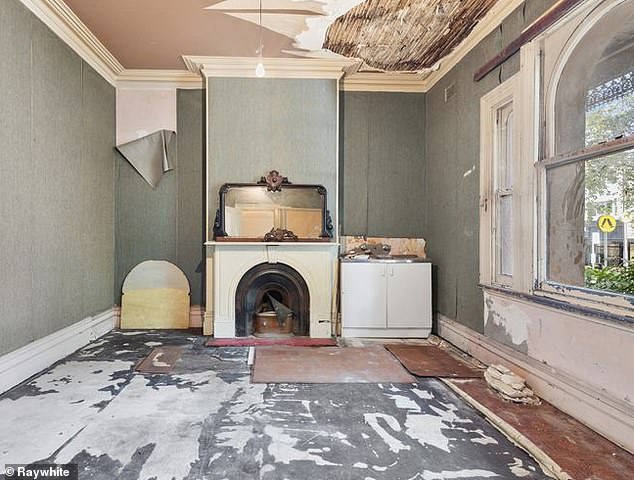 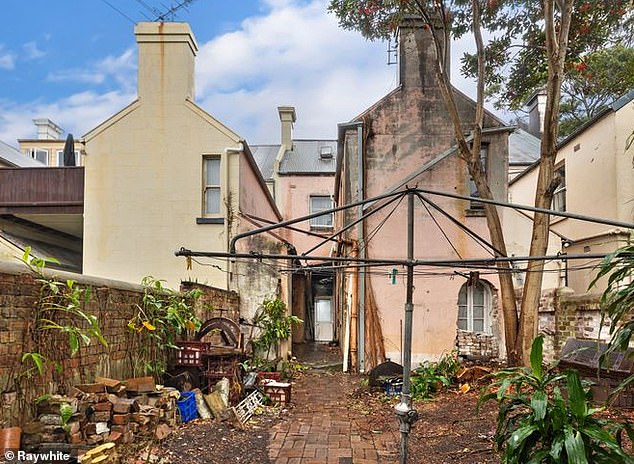 The selling agent said that the location contributed to the $2.99million sale price

Though whoever bought the house will need deep pockets and a substantial renovation budget to make the dwelling habitable – with the bathrooms cleared-out shells and the kitchen needing an entire makeover.

‘We had 15 registered buyers, 150 groups came through and viewed the house and 32 contracts were issued,’ Mr Carvalho said, according to The Australian.

As to why the property reached it’s astronomical sale price of$2.99million, the agent said that was most likely down to the inner-city location. 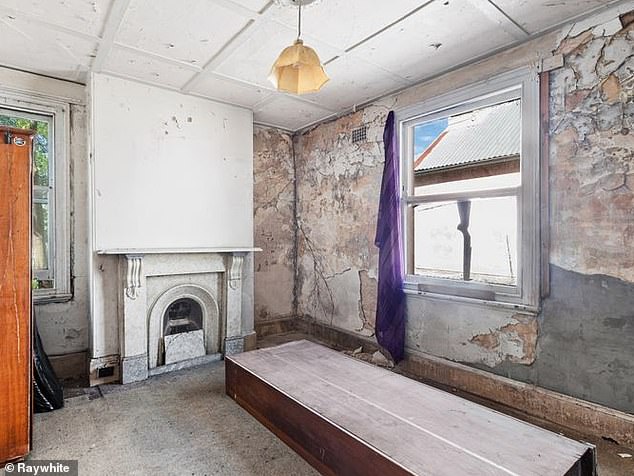 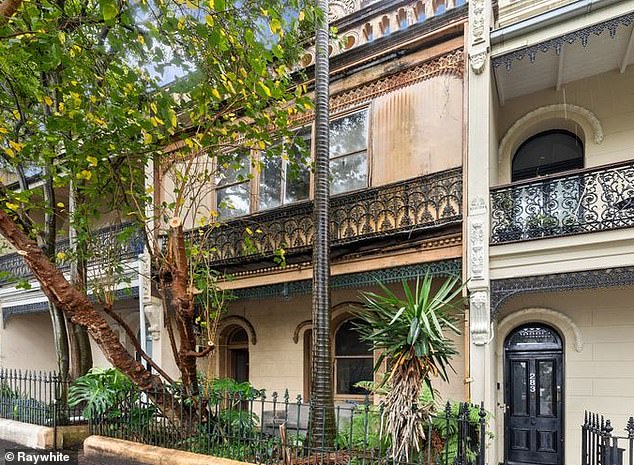 ‘I think part of it is down to scarcity. Grand terraces like this don’t come up for sale very often.’

The house does have views of the Sydney skyline and the footprint is surprisingly quite large with five bedrooms.

Not just in Sydney but across Australia the property market has once again started to heat up to levels not seen since before Covid travel bans.

Though the same amount of cash will buy a lot more in most other cities.

A quick search of listing for $3million revealed luxury penthouse apartments in Darwin, mansions in Perth, and impressive properties with city views in Melbourne and Brisbane.

The previous seven days were the busiest auction week since April 2020, according to Corelogic, who said the rise in listings was promising.

Head of research Eliza Owen said that Melbourne has seen the most new listings in the past two months which follows on from a quiet six months where listing dropped during the city’s lockdown last year.

‘Sydney has also seen a big uplift in new listings, as record high prices are likely encouraging ­people to list,’ she said. 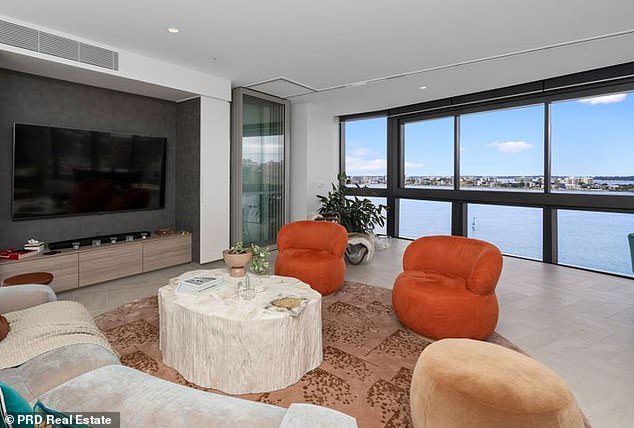 This penthouse in Barrack Square, Perth is available for about $3million (pictured) 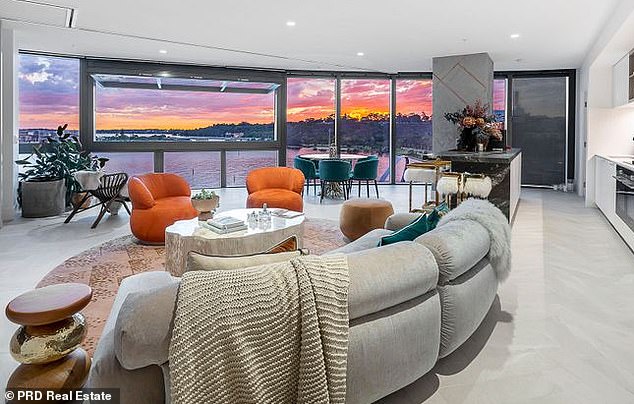 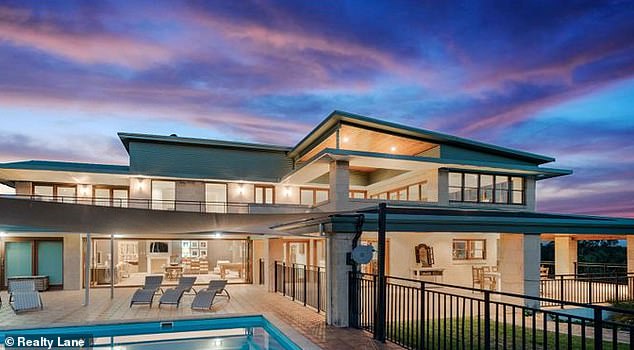 The property sector research firm said that the market is set to keep rising with new listings continuing to pour in.

They expect 3,800 auctions across Australia’s major cities this week – which has not happened since March 2018.

Reserve Bank governor Philip Lowe is not concerned that a possible housing price bubble is being created against the backdrop of extremely low interest rates and government support measures. 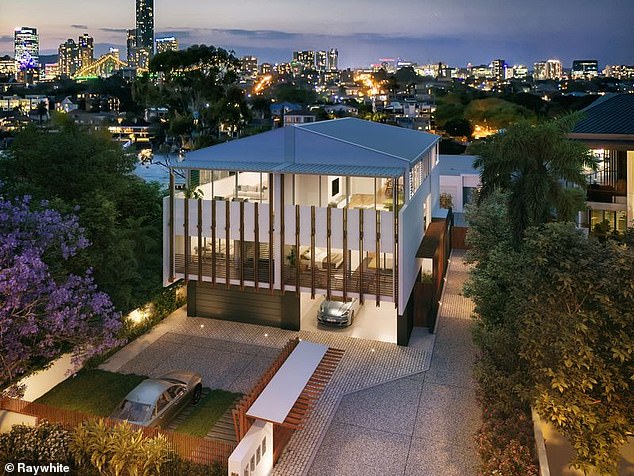 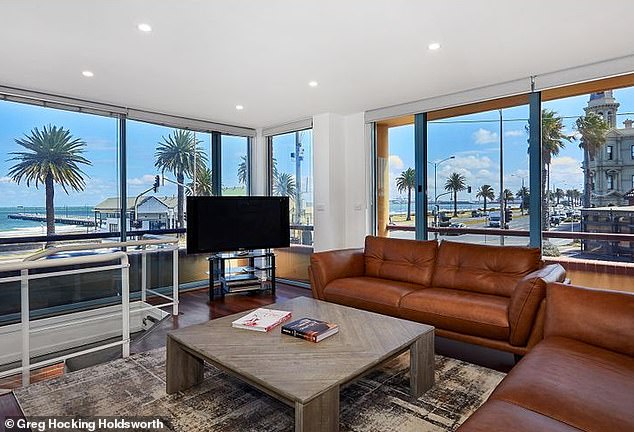 At the same time, a separate report showed the construction sector is enjoying its best performance in over three years.

During an address to the National Press Club on Wednesday, Dr Lowe was asked whether he was worried about the rise in house prices and asset prices more generally.

‘At the moment, not especially so,’ Dr Lowe replied.

He did not see the state of the housing market being unsustainable, noting that population growth is at its lowest since 1916, but added the issue for the central bank would be if people didn’t borrow sensibly.

Dr Lowe’s first public appearance came the day after the Reserve Bank kept the cash rate at a record low 0.1 per cent for another month, and predicted interest rates were unlikely to rise until 2024. 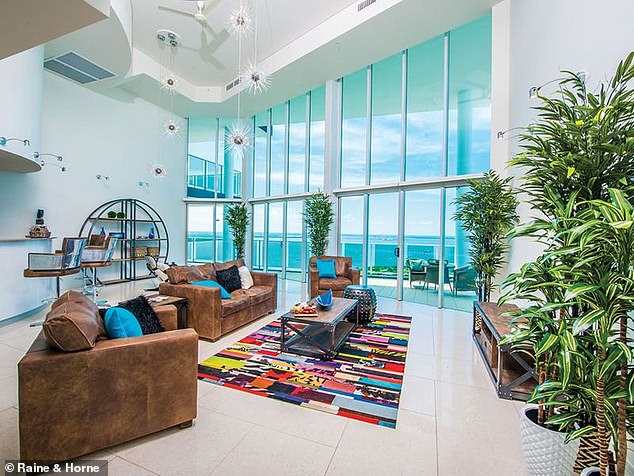