A costly mistake: Drunken night out costs unemployed man $40,000 as he sets off fire sprinklers in popular restaurant

A man has been ordered to pay more than $40,000 in compensation for damage caused by a restaurant’s fire sprinklers that he set off by deliberately smashing a light in the toilet during an alcohol-fuelled night out.

Lachlan Scarfe, 20, appeared before a District Court in Sydney on Wednesday for sentencing over the incident at the El Camino Cantina restaurant in The Rocks on August 22, 2020, the Daily Telegraph reported.

The court heard how Scarfe was filmed standing on a toilet seat hitting a light globe, while calling out ‘Oi, film this! Watch this!’. 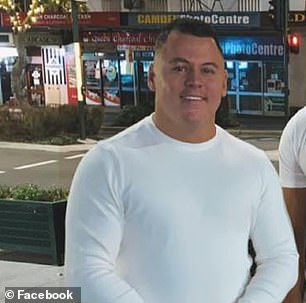 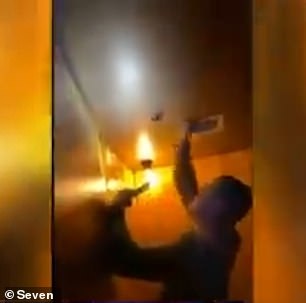 The fire sprinklers were activated, with the restaurant estimating they lost a further $30,000 in foregone revenue as patrons had to leave.

NSW Fire and Rescue estimated the cost of responding to the alarm was at $250,000, the court heard.

Mr Scarfe was ordered to pay $43,161 to the restaurant’s insurer – a fraction of the total cost of his actions.

Scarfe’s lawyer Jeremy Wood told the court his client was ‘highly intoxicated’ at the time and ‘he doesn’t even understand why he did it’. 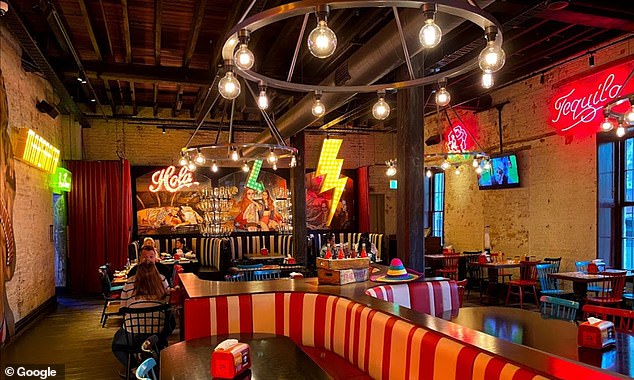 The El Camino Cantina restaurant in Sydney’s The Rocks (pictured) estimated they lost $30,000 in revenue when they were forced to evacuate diners, the court heard

Mr Wood said Scarfe had lost his job due to Covid-19 lockdowns and that had caused him to act out, adding he had mental health issues.

Scarfe did not recall the incident because of how intoxicated he was, the court heard.

Magistrate Michael Barko sentenced Scarfe to an 18-month community court order for the charge of intentionally or recklessly damaging property, as well as  .6 grams of cocaine he was found with on December 27, 2020.

Scarfe was also ordered to pay $43,161 to the restaurant’s insurer.