By Aidan Wondracz and Bryant Hevesi For Daily Mail Australia

An elderly couple have vowed to keep the Australian flag raised on their property after they were told to take it down by their neighbours.

Julie and Vaughan McLeod have had the national flag on display in the backyard of their unit on Queensland’s Sunshine Coast since 1997.

The couple say a neighbour has complained it is an ‘eyesore’ and that the body corporate has told them to lower it because raising the flag is in breach of building by-laws.

Mr Vaughan, who served in the Royal Australian Air Force, says he has been left shocked by the request, Sunrise reported.

‘I see the flag as part of my culture, I served in the Air Force under that flag and anything that seems disrespectful to the flag causes me anxiety,’ he said. 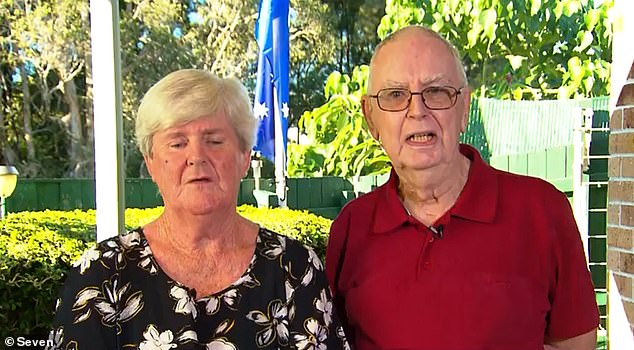 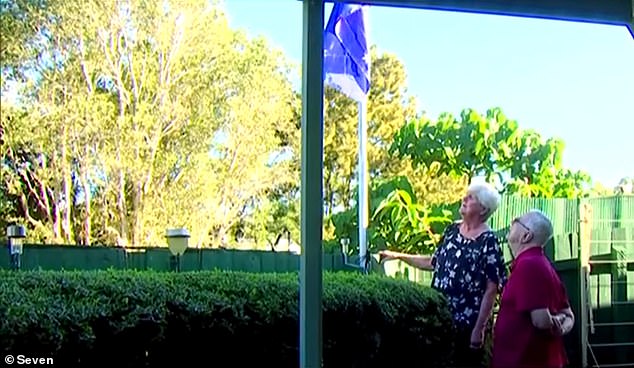 The couple say they were given permission to fly the flag when they first moved into the unit, though the body corporate says there is no written evidence.

Mrs McLeod said she refuses to bend under pressure and take down the flag.

‘It’s not coming down, it’s staying, so there will be a fight until the end,’ she said.

Should the couple have to take down their beloved Australian flag?

The couple have been told they must remove the flag after receiving 20 notices telling them they are in breach of body corporate bylaws – but they are refusing to take it down without a fight.

‘I’ll just go to jail, cause I’m not gonna be paying a fine and I’m not gonna take the flag down,’ Ms McLeod told A Current Affair.

‘It’s staying there. People have come and gone and died for that flag. It’s not coming down.’

Ms McLeod’s daily ritual includes hoisting the flag every morning and taking it down of an evening but the three other neighbours in the complex want it gone.

‘Eyesore, I couldn’t get over that word. It’s an eyesore, that’s what they put on the form. How could you call that an eyesore?,’ Ms McLeod said.

‘They keep sending (the notices) and I keep writing back and saying, well I’m afraid we’ve got permission.’

Mr McLeod said the couple were more than happy to provide an affidavit detailing how they received permission to fly the flag.

‘I consider it a right to be able to show our flag. It’s a symbol of our country and our culture,’ he said.

‘We are quite willing to do an affidavit, swear on the bible, that we have had permission. The fact the paperwork has been lost is not down to us at all.’ 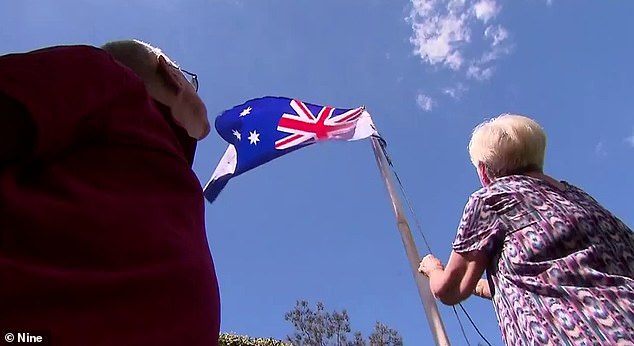 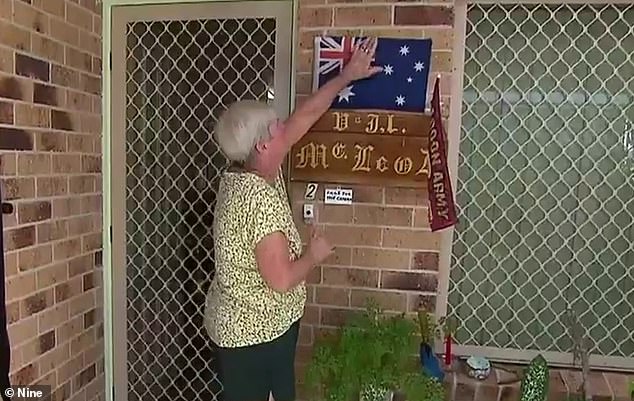 The couple’s home, which they moved into in 1997, is adorned with Australian flags, which Ms McLeod saying ‘people have come and gone and died for that flag’

The couple have been locked in several bitter disputes with neighbours, including allegations Ms McLeod assaulted a neighbour. The case was dismissed due to a lack of evidence.

There have also been disagreements over garbage bins and cars in the driveway.

The flag debate has been sent to an adjudicator, who is expected to make a decision in the next six weeks.

Ms McLeod said depending on the outcome, she may consider court action.