Student who survived Taliban school massacre which killed his brother cries tears of joy after being voted President of the Oxford Union, becoming only the second Pakistani to do so after Benazir Bhutto


A Pakistani student who survived being shot in a Taliban school massacre which killed his brother cried as he was elected President of the Oxford Union.

Ahmad Nawaz was 14 when Taliban terrorists shot him in the arm and killed his brother in a 2014 school massacre which took nearly 150 lives.

He survived the ordeal while pretending to be dead before he was taken to Birmingham for surgery after months in a Peshawar hospital.

Nawaz was allowed to stay in Britain after his recovery – getting into Oxford in 2020. 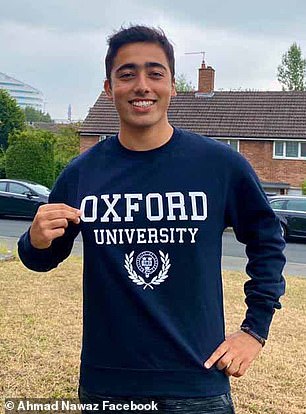 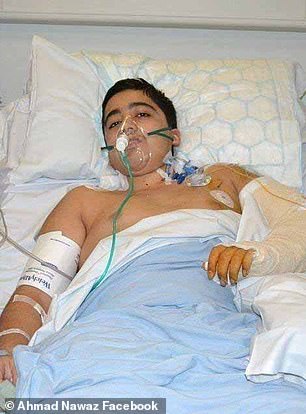 Ahmad Nawaz was 14 when Taliban terrorists shot him in the arm and killed his brother in a 2014 school massacre which took nearly 150 lives. He survived the ordeal while pretending to be dead before he was taken to Birmingham for surgery after months in a Peshawar hospital. 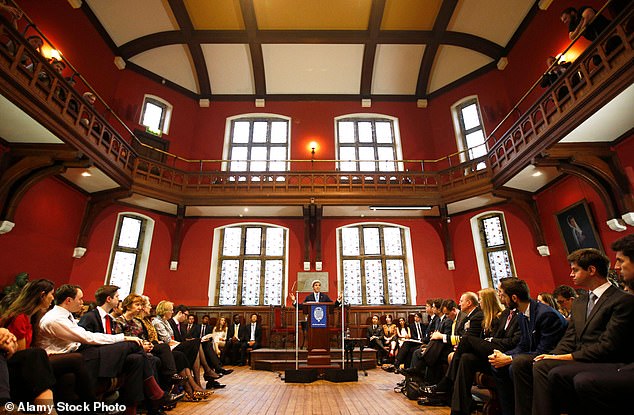 Nawaz told The Times he cried with joy and immediately called his mother after he was elected as the second-ever Pakistani President of the Oxford Union after Benazir Bhutto, who served as Prime Minister of Pakistan from 1993 to 1996 and was assassinated in 2007.

Nawaz received more than 500 votes to beat out rival candidates for the role starting in the autumn.

He said that he wanted to make the famous debating society more inclusive and attractive to people from marginalised groups.

The 21-year-old Lady Margaret Hall student said: ‘It’s been the most emotional ride I’ve had in a long, long time,’ he said.

‘When the terrorists came they wanted to stop people being educated. 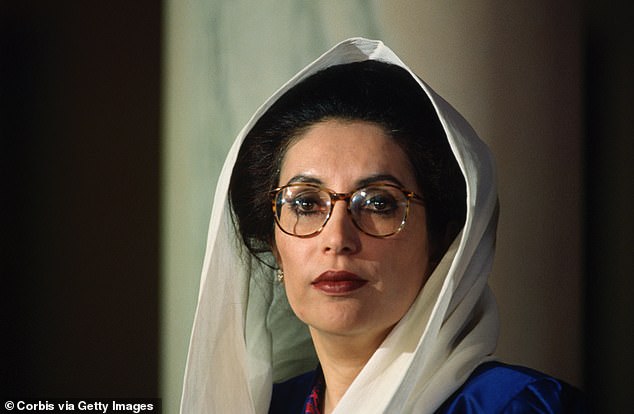 ‘The fact I’ve got into one of the best universities in the world sends them the message that they can’t stop us from reaching new places.’

‘I was determined and when I came to Oxford I was quite ambitious but I never thought I would get involved with the union.

The student followed in the footsteps of Malala Yousafzai Malik, the Nobel Peace Prize-winning Pakistani female education activist who was shot in the head by the Taliban but survived, moved to Britain and graduated from Lady Margaret Hall at Oxford in 2020. 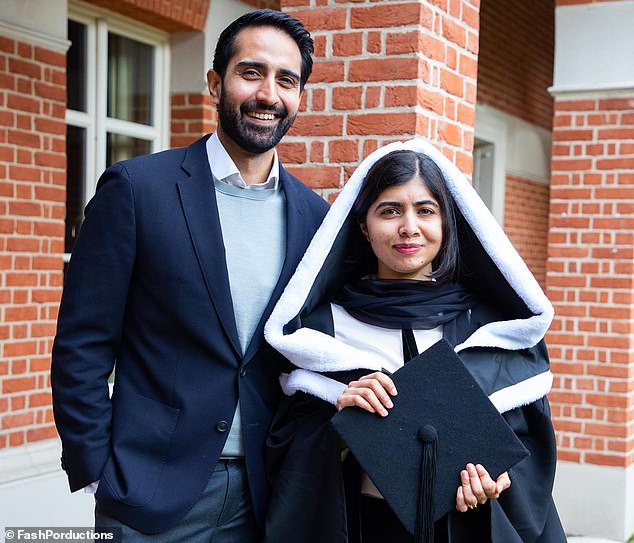 Nawaz followed in the footsteps of Malala Yousafzai Malik (right), the Pakistani Nobel Peace Prize-winning female education activist who moved to Britain and graduated from Lady Margaret Hall at Oxford with a first in 2020.

Like Malala, Nawaz has spoken about educational access in Pakistan to United Nations events alongside senior politicians and officials.

FAMOUS EX-PRESIDENTS OF THE OXFORD UNION 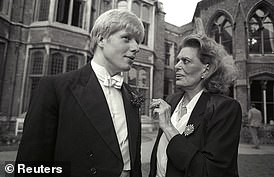 Prime Minister Boris Johnson (pictured) was President of the Oxford Union in 1986.

Nawaz told reporters that his proudest accomplishment was passing GCSE English with an A grade after he came to Britain unable to speak the language.

Nawaz said the Union was ‘one of the biggest free speech platforms in the world.

He added: ‘When I was a child I had heard of the Oxford Union.

I just wanted to step into this institution, rubbing shoulders with those from Eton, Harrow and Westminster.

‘We’re going to work to make institutional change, to make more people from disadvantaged backgrounds feel comfortable and get involved, rather than just feel like it belongs to public school kids.

‘I want to make people feel included, not just based on where they are from but also different types of societies.

‘So Pakistani and Bangladeshi communities who may not feel like it’s their place or people from liberation groups like LGBTQ+.

‘I would also like to diversify the speakers and the discussions that take place in the union, so we can focus for example on human rights and societal issues in different parts of the world.’

‘I couldn’t have been more grateful for this journey.’