This is the moment a woman angrily kicks at a fellow bus passenger who confronted her for allegedly shoving a black pensioner.

In the video, the woman wearing a teddy coat, is seen arguing with the passenger recording her just seconds after the pensioner fell over on the bus in north London.

The footage begins in the middle of the row as the passenger filming says: ‘This dumb b***h, she just pushed this lovely old lady.’ 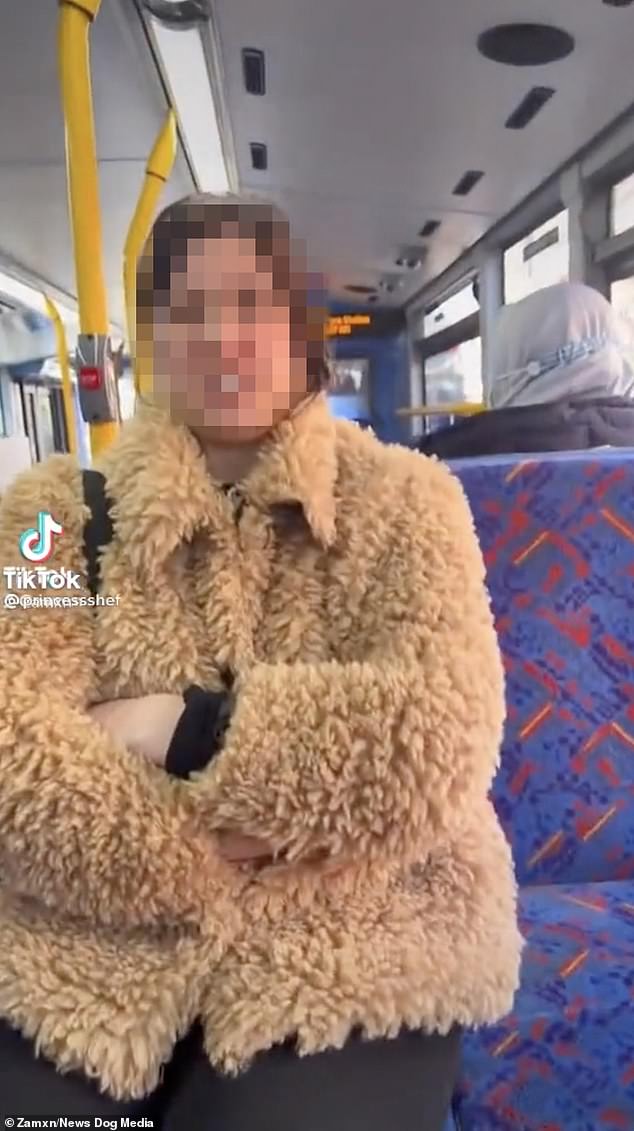 The woman sat opposite the passenger on a Route 31 bus in north London after the two argued on a bus over an earlier incident, in which a black pensioner fell to the floor

The pensioner can be heard in the background saying: ‘That’s alright, what goes around comes around.’

The woman is sat opposite with her arms folded, pulls faces at the camera and says: ‘You shouldn’t film me.’

At this point, the person recording her asks: ‘Are you racist?’

The woman counters this by saying ‘it is a crime’ to say she is racist.

But the passenger filming her keeps up the argument and orders her not to push other passengers, while the woman denies being in the wrong.

She then sits silently for a few seconds before kicking the passenger’s phone out of view and quitting the bus.

The passenger claimed that she had earlier seen the woman react angrily when the pensioner got on the bus and needed to move past her in order to get a seat.

She said: ‘All she needed to do was get up and create a little bit of space just so [the pensioner] could get past. She got up but was very angry, which is why I started paying attention. 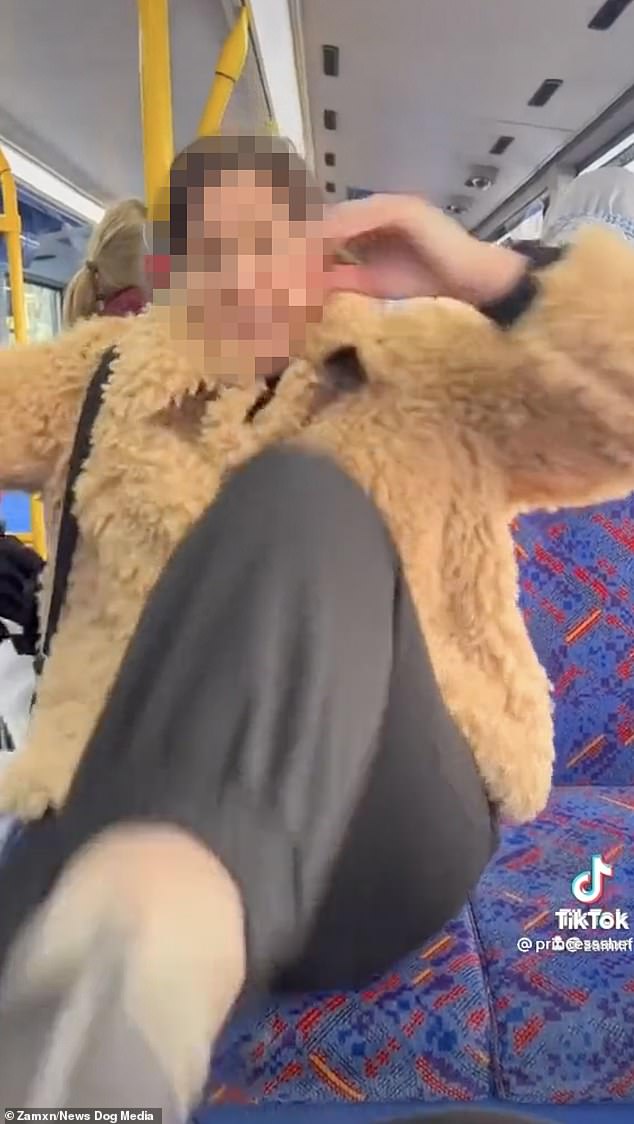 After telling the passenger to stop filming her, the woman angrily kicked the phone and exited the bus

‘It wasn’t like a big push, it was like a shoulder type of push and the elderly black lady fell… While she was getting back up I started to shout at the woman, I was saying, “What are you doing?”

‘She noticed and she was surprised that I was calling her out on it.’

At this point, the passenger said the woman moved across the bus to sit directly opposite her.

‘She started to approach me, which was when I got my phone out and started recording.’

A Metropolitan Police spokesman said: ‘Police were called on Sunday, February 27, to reports of an incident at around 11am on a Route 31 bus outside Chalk Farm LT station.

‘A woman is alleged to have been assaulted following a dispute with another passenger.

‘There have been no arrests; enquiries continue.’