Grief-stricken Michael Clarke breaks his silence about death of close teammate Shane Warne: ‘We can take one thing from his legacy’


A grief-stricken Michael Clarke says he is still coming to terms with the ‘surreal’ death of Shane Warne and that his close teammate was an inspiration on and off the field.

The former cricketer admitted he had yet to fully process the sudden and unexpected loss of the 52-year-old as he broke his silence on Monday.

Clarke said the larger-than-life personality of his cricket legend friend taught him an inspiring lesson on how to approach life.

‘He celebrated the journey,’ he told the KIIS Kyle and Jackie O radio show. ‘That’s something I need to recognise more: you have to celebrate the good times. 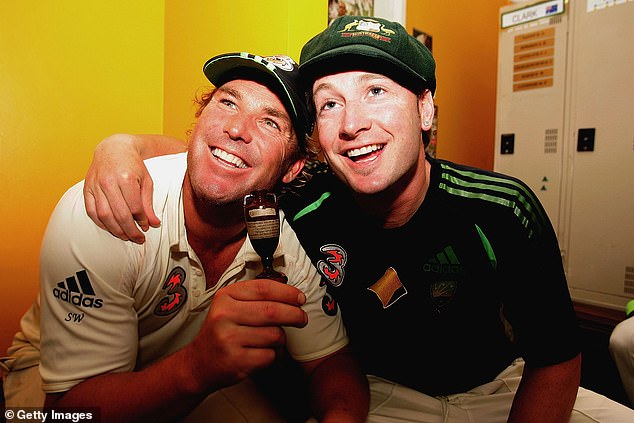 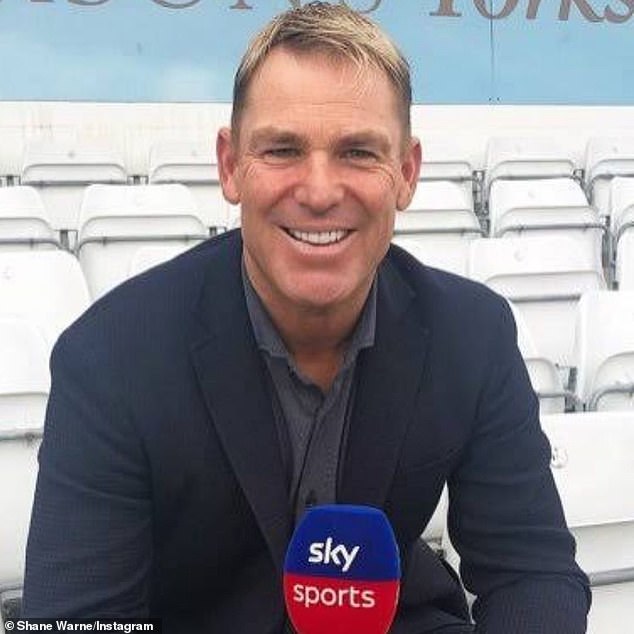 Warne died from a heart attack while he was on holiday with four friends at the Samujana resort on the Thai island of Koh Samui on Friday.

Clarke was sleeping at his home in Sydney when he received a call from his publicity agent breaking the shocking news at 1am on Saturday.

‘To be honest, I recognise someone close to me has passed, but I don’t think I still comprehend it’s one of my best friends,’ Clarke said on Monday.

‘It’s going to take a bit of time. It’s certainly still surreal. Because it happened so quickly, it’s so hard to believe, you know?’

Clarke said even though Warne died at the young age of 52, his outgoing personality meant he ‘lived a life worth 100 years’.

‘I think everyone that knows and loves him, we’ll be celebrating his life for days, months and years,’ he said.

Clarke has been surrounded by loved ones during the difficult time with family and friends visiting his Sydney home on Saturday.

Ex-wife Kyly Clarke was among the guests with the the 40-year-old appearing strained as she carried takeaway coffees through the front door.

Additionally, Kyly, who wore dark sunglasses, appeared to have a shopping bag full of supplies. 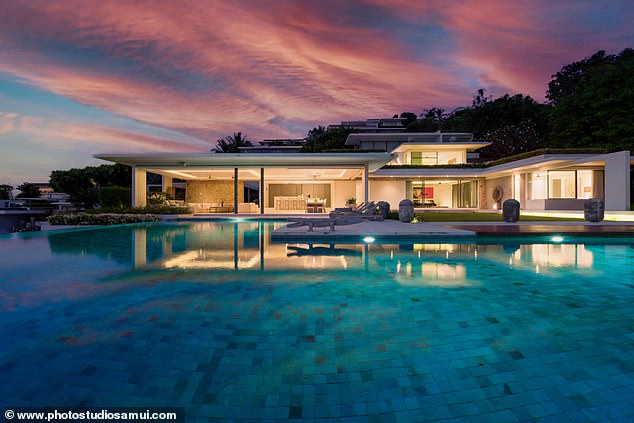 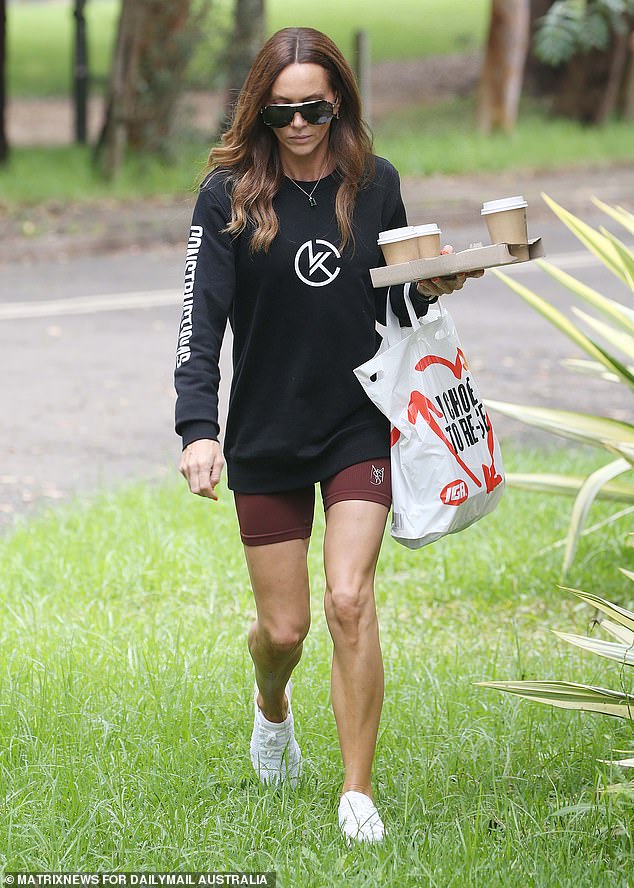 Support: On Saturday, Kyly Clarke (pictured) rushed to the side of her ex-husband Michael Clarke may in the wake of news that Shane Warne has died, aged 52

Also arriving during the day was Michael’s father Les, who seemed downcast as he approached the house.

Clarke and Warne played the 2003 and 2007 Test matches together and the pair became close friends bonding over their shared interest in luxury cars.

Clarke revealed on Big Sports Breakfast that Warne and then-fiancée Elizabeth Hurley caught a flight from the UK to Australia to attend his wedding in 2012 – even though they initially thought it was just a birthday party.

‘I’ll never forget, my wedding… we didn’t tell anybody because of the media… my ex-wife Kyly, we only invited 30 of our closest family and friends and she told everyone it was my birthday,’ he said.

‘Warney was in London engaged at the time to Elizabeth Hurley and was working over there. Even if you told Warney it was my wedding, still I don’t expect him to come, he’s over there working.

‘Mate, he came. Him and Elizabeth got on a plane, thinking it’s my birthday party, and he still came.’ 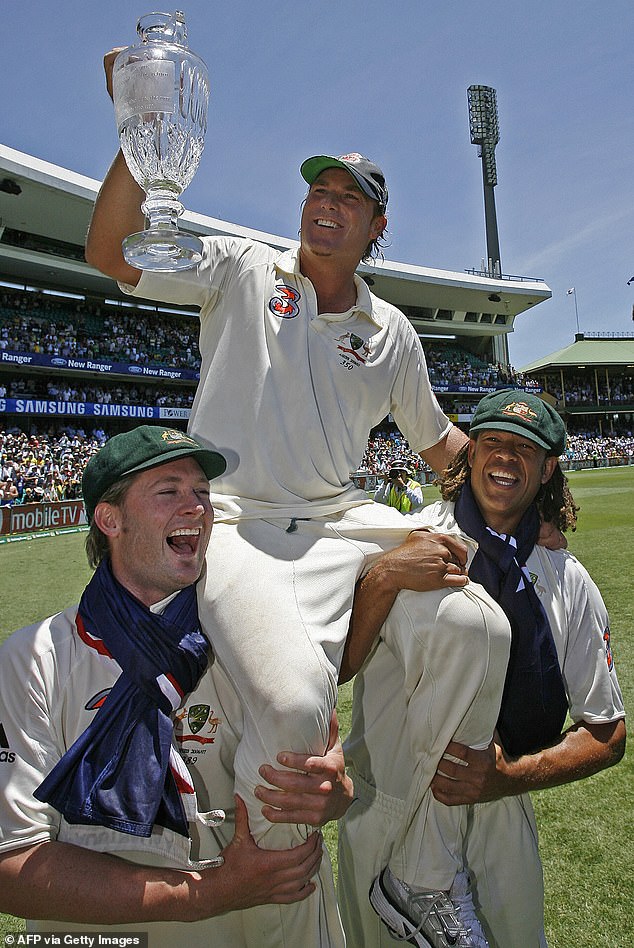 Clarke (left) and Warne (centre) played the 2003 and 2007 Test matches together and the pair became close friends bonding over their shared interest in luxury cars (right, Andrew Symonds)