Republicans tried out new arguments against D.C. statehood Monday at a House hearing pointing out that the capital city doesn’t have a landfill, mines or a car dealership.

There are several car dealerships in D.C.

Rep. Glenn Grothman, a Wisconsin Republican, asked D.C. Mayor Muriel Bowser about the District’s manufacturing, agriculture, mining and drilling, arguing ‘those are things that I think every state has to some degree.’

‘We do not have any mines, congressman,’ Bowser replied. 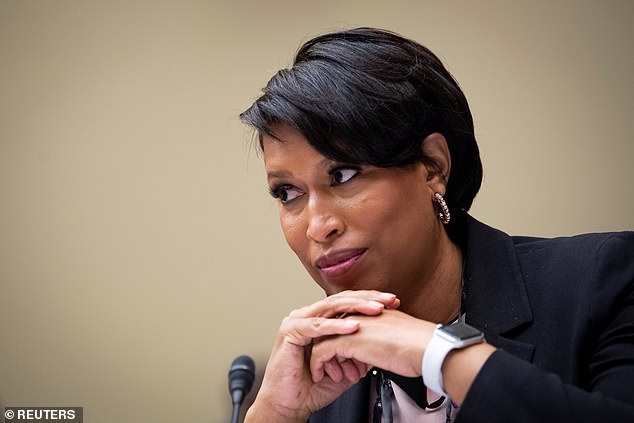 D.C. Mayor Muriel Bowser testified before a House Oversight Committee hearing on Monday about making the District a state. Republicans peppered the mayor with questions and pointed out the city doesn’t have a landfill, mines or a car dealership, although it has several 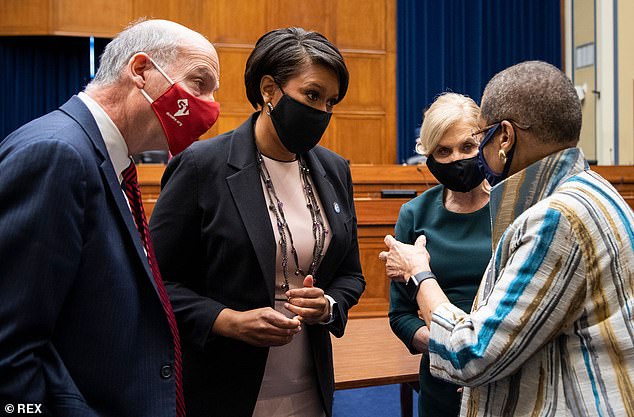 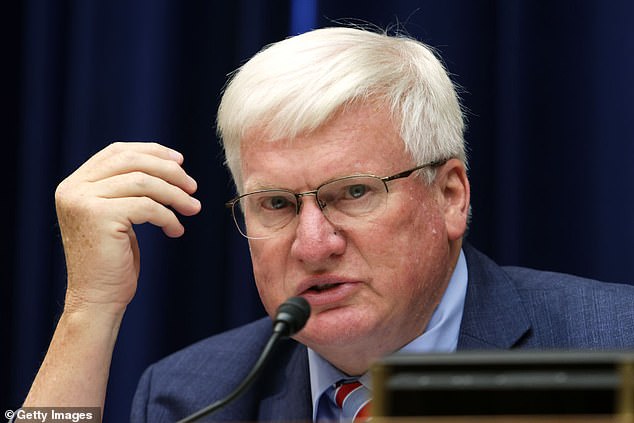 Rep. Glenn Grothman, a Wisconsin Republican, asked D.C.’s Mayor Muriel Bowser about the District’s manufacturing, agriculture, mining and drilling, arguing ‘those are the things that I think every state has to some degree’

The House Oversight Committee held a hearing on D.C. statehood Monday, as the Democratic majority plans to again pass HR-51, which it did last June, only for it to languish in the GOP-dominated Senate.

Now with Democrats in control of the Senate, the bill could see some action there, but it’s unlikely to pass if the legislative filibuster stays in place. The issue tends to attract a party-line split, as Democrats would be politically advantaged if the left-leaning D.C. earned a House member and two U.S. senators.

Rep. James Comer, a Kentucky Republican and the committee’s ranking member, argued that D.C. statewood was a ‘key part of the radical leftist agenda to reshape America, along with the Green New Deal, defunding the police and packing the U.S. Supreme Court.

The Republican witness, Zack Smith of the conservative Heritage Foundation, also said bill passage alone wouldn’t allow D.C. to become a state and it would need to go through the constitutional amendment process.

Residents of the District have no voting members of Congress, including their delegate, Rep. Eleanor Holmes Norton.

‘We are here to demand that the 220-year history of us not being represented by the capital of our country be corrected and this Congress has within its full authority to do that,’ the D.C. mayor said.

Bowser said anti-statehood arguments have usually come as ‘thinly veiled attacks on our political leandings and, quite frankly, on our diversity and history of black political power.’

She urged lawmakers to ‘move beyond the tired, non-factual and frankly anti-democratic rhetoric and extend full democracy to the residents of the District of Columbia.’

She also argued that the disenfranchisement has persisted because of the ‘racist efforts to subvert a growing and thriving black city,’ pointing to the Congressional record where white representatives refererred to it as the ‘negro problem.’

Mendelson argued that D.C. is a ‘so-called donor state,’ because residents pay more in federal taxes than 22 other states.

He also reminded lawmakers that ‘the district came to your rescue’ during the January 6 insurrection.

Though Mendelson also noted that ‘we were impeded in trying to send the D.C. National Guard because we are not a state.’

Democratic witness Wade Henderson, of the Leadership Conference on Civil and Human Rights, said District residents have been ‘subjected to several humiliating reminders’ of their second-class citizen status, using the example of being prevented from having troops respond during the insurrection.

On the flip side, Henderson recalled how former President Donald Trump was able to bring out-of-state National Guard units to D.C. during last summer’s Black Lives Matter protests over Bowser’s objection – and then allowed them to ‘violently [clear] a street to allow a presidential photo-op in front of St. John’s church.’

‘We simply cannot be the democracy we say we are when the lives of more than 700,000 are at the mercy of political will,’ he argued.

Henderson also testified how D.C. was shortchanged of COVID-19 relief funds because the District was treated like a territory and not a state.

Bowser batted away the Republicans’ points about car dealerships and mines, by pointing out how the city is currently unique.

‘The way that we’re different that is un-American is that we don’t have two senators,’ she told Grothman, after he said the D.C. economy was only based on government and tourism.

Comer asked the mayor if she believed D.C. becoming a state would lead to other states – like California – breaking up, so they could have more representation in Congress.

‘The people of California who you mentioned, have two senators, we do not,’ Bowswer answered.