By Kirsten Jelinek For Daily Mail Australia and Aap

The extreme weather causing havoc across southern Queensland is set to continue into Wednesday after roads were cut off, schools closed and evacuations triggered.

A major flood warning is active for the Logan River, inland from the Gold Coast, while the city’s biggest dam overflowed on Tuesday morning.

Hinze Dam, south-west of Nerang, broke its banks on Monday as rain smashed the east coast. Another nine dams across Queensland have also started overflowing.

The Bureau of Meteorology is predicting more heavy rain, stressing the risk of further flash flooding – particularly in areas of steep terrain. 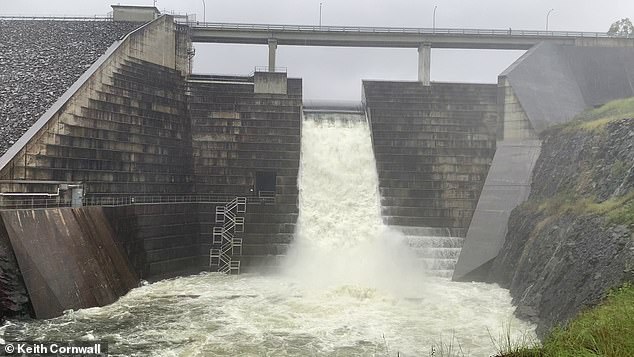 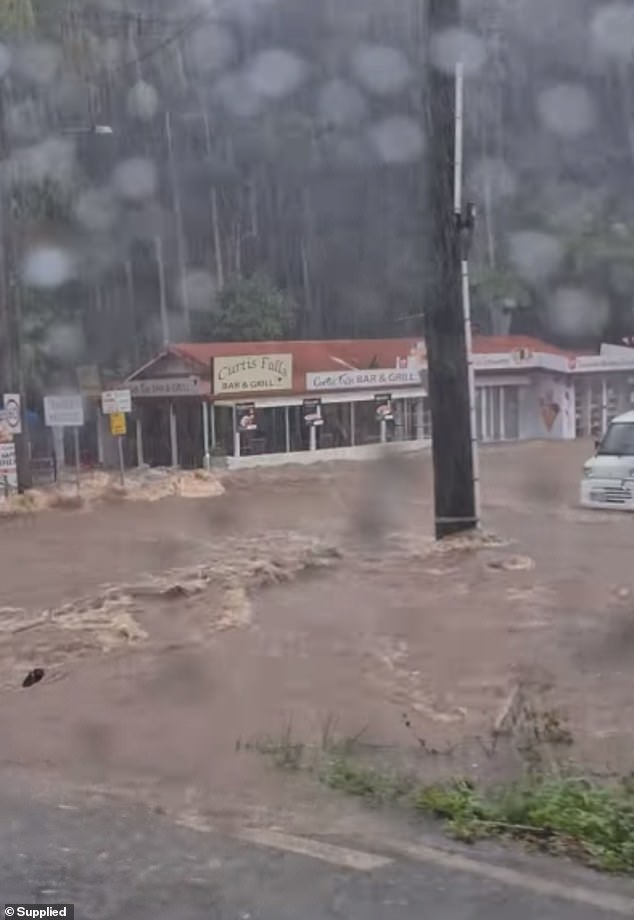 The rainband is expected to clear on Wednesday with more more settled conditions expected across southern Queensland.

Four homes on the Gold Coast have been evacuated due to landslide risk while more than 100 properties are being inspected for damage in the southeast, Premier Annastacia Palaszczuk told parliament on Tuesday morning.

‘If you do not have to be on the roads, please stay off them. We will continue to keep Queenslanders informed and safe,’ she said.

More than 20 schools were closed in the region, mainly because of cut roads.

East of Brisbane, Lake Manchester Dam is spilling water and Seqwater has warned those downstream to avoid fast-flowing waterways and flood plains.

The Nerang and Coomera rivers on the Gold Coast have burst their banks, and there’s a flood warning for Maroochy and Mooloolah rivers on the Sunshine Coast.

Minor flood warnings have also been issued for the Albert and Logan rivers, south of Brisbane, and a number of rivers in the Maranoa and Warrego districts in the state’s southwest. 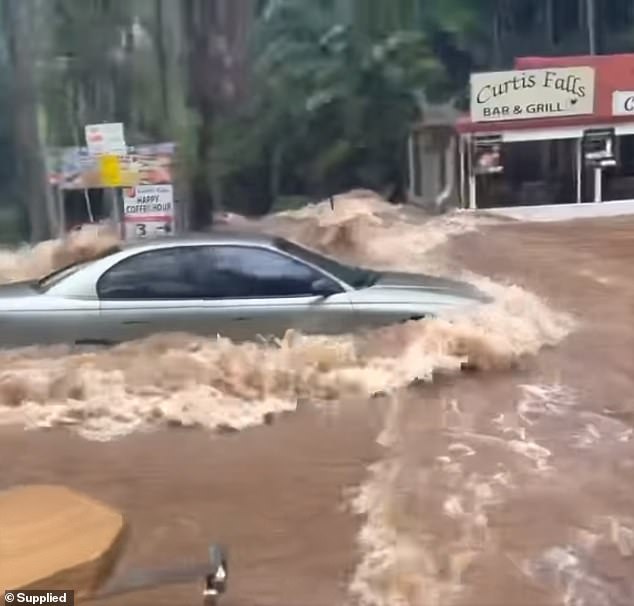 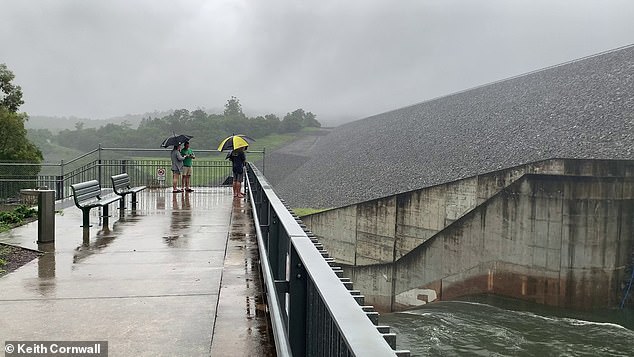 Queensland Fire and Emergency Services co-ordinator Brian Cox urged people not to leave their homes and if they do to take extreme caution.

‘Be really vigilant, I mean the first thing is don’t go out today, don’t,’ he told 4BC Radio.

‘But if you do, please drive by the road conditions, look out for pedestrians, cyclists. We’re asking people to be really, really cautious.

‘It will not take much with the current rainfall they’ve already experienced, and the saturation levels we’ve currently got across southeast Queensland, for any minor storm to hit, to raise those flood levels and water levels across roads and as you know that can be quite dangerous.’

People living on two streets in the Gold Coast suburb of Wongawallen were evacuated on Monday amid fears of a landslide.

Floodwaters had gouged out the foundations of at least one home, leaving it precariously perched atop a slope.

The company said the Nindooinbah and Poona dams were also overflowing. 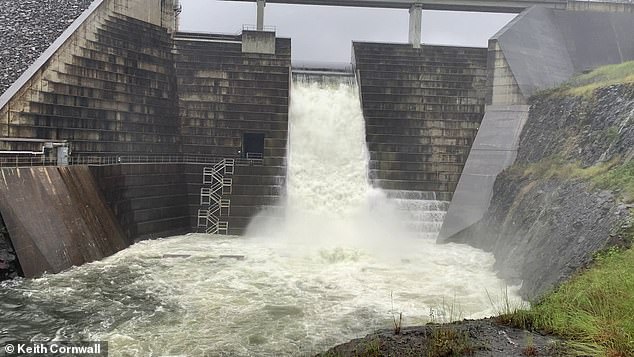 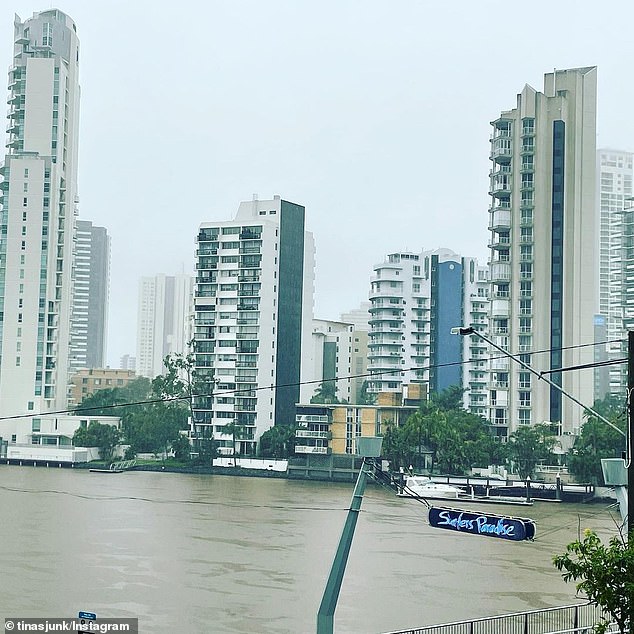 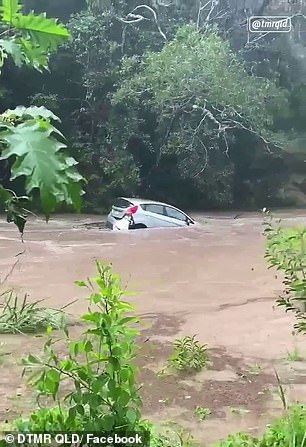 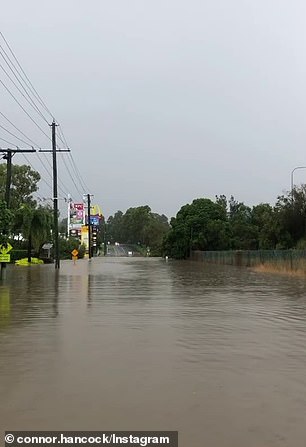