Frustrated police have slammed a reckless driver after he was clocked 60km over the speed limit despite torrential rain in Queensland.

The man was detected travelling at 130km/h in a 70km/h zone in Beenleigh, in Brisbane’s south, on Monday morning.

It comes after eight people lost their lives on Queensland roads since Friday.

Acting Chief Superintendent Ray Rohweder was shocked at the careless behaviour of the driver. 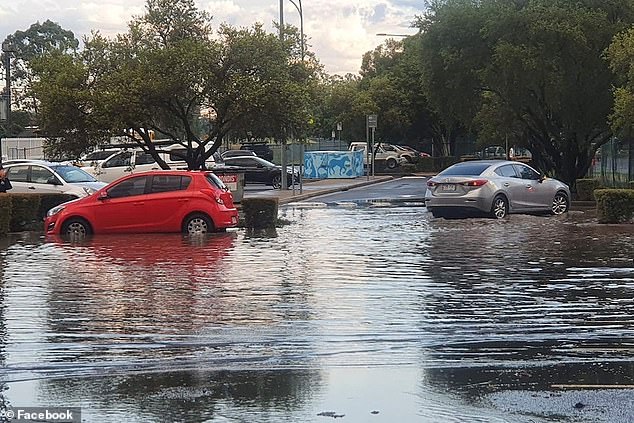 These cars were trapped after their owners attempted to drive through water in the car park of Wacol train station, in Brisbane’s south-west 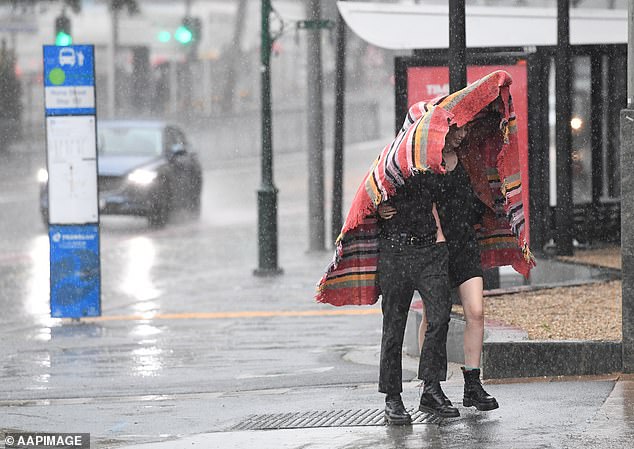 The rain has been relentless in Queensland, causing chaos for commuters

‘That is weaponising a motor vehicle, as far as I’m concerned,’ he told reporters.

‘The results of that vehicle colliding with another vehicle or any sort of road infrastructure is simply going to end very, very badly.

‘We can’t have people on our roads driving like that and expect police to be able to keep the rest of the community safe.’

Rohweder also urged motorists to respect road safety rules in testing conditions, before adding the multiple fatalities made for a ‘dark weekend’ in Queensland.

‘I just plead with the public to please think about what you’re doing behind the wheel, respect other road users and respect yourself,’ he said.

‘Because the consequences, the tragedy that unfolds from this type of behaviour is lifelong for some people.’

In a horror three days, a man, 18, died on Friday when his motorcycle hit a truck near Townsville in Far North Queensland.

Hours later, a car passenger aged 28 was killed near Childers, in rural Queensland, when the vehicle he was in crashed.

On Saturday afternoon, a motorcyclist, 67, died after colliding with a car in Kalunga in the state’s Tableland Region, and a man, 35, died when the 4WD he was smashed into by a sedan in Mackay that night.

On Sunday, two women aged 32 and 52, died in a two-car crash in Kinkuna in the Wide Bay region. Then two men in their early 20s passed away when their vehicle crashed into two oncoming cars in Bracalba, in Brisbane’s north. 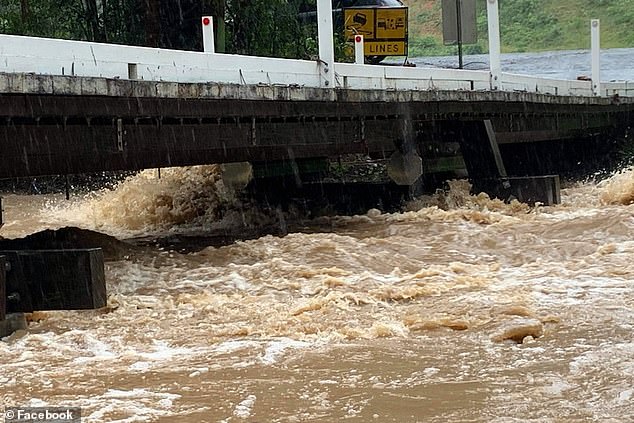