In the long-ago summer of 2010, I found myself in the beautiful harbour of Sevastopol, surveying the rival fleets of Russia and Ukraine as they rode at anchor in the lovely Crimean sunshine.

One great fortress was adorned with banners proclaiming ‘Glory to the Ukrainian Navy!’ Another frowning bastion across the water bore the words ‘Glory to the Russian Navy!’

In the streets of that elegant city, with its porticoes and statues and monuments to repeated wars, sailors from the two fleets mingled on the pavements.

The Russians looked like Russians, with their huge hats and Edwardian uniforms. The Ukrainians looked more like the US Navy on shore leave in San Diego. 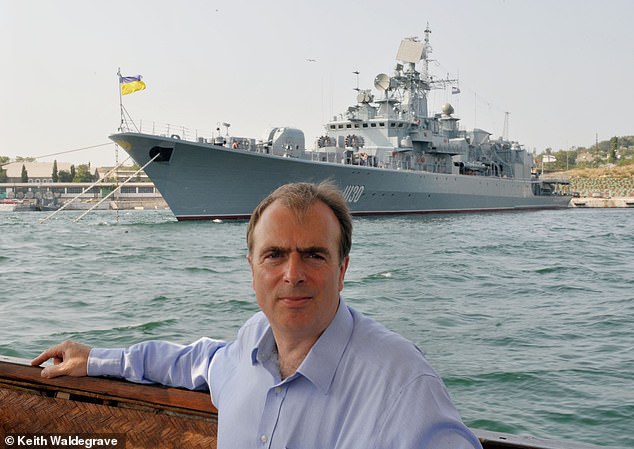 In the long-ago summer of 2010, I found myself in the beautiful harbour of Sevastopol, surveying the rival fleets of Russia and Ukraine as they rode at anchor in the lovely Crimean sunshine

It was almost funny to see. I hoped at that time that it would work out well. For the Ukrainians had begun to be silly.

In a country crammed with Russians, they were trying to make Russian a second-class language.

Russians who had lived there happily for decades were pressured to take Ukrainian citizenship and adopt Ukrainian versions of their Christian names.

The schools were promoting a national hero, Stepan Bandera, who Russians strongly disliked and regarded as a terrorist.

And they were teaching history which often had an anti-Russian tinge. Quite a few people told me they felt put upon by these policies. Why couldn’t they just be left alone?

Until that point, Ukraine had been a reasonably harmonious country in its 20-odd years of existence. After that visit I saw big trouble coming, both in the Crimea and in the Don Basin, where I also travelled that year. 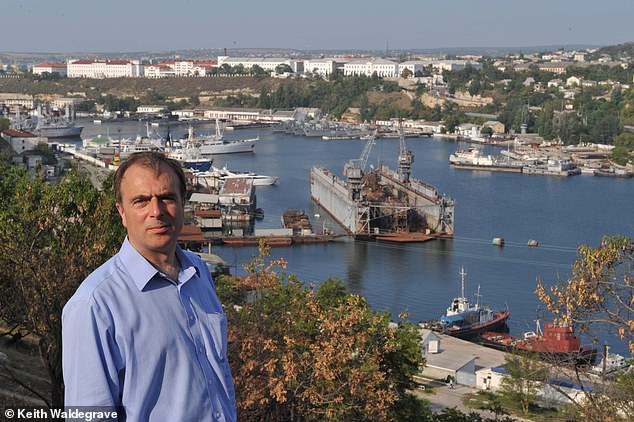 I remember, that boiling hot, almost silent afternoon, enjoying a Russian beer there, while listening to music from a Russian station on the radio. I wrote rather vaguely at the time that the people of Crimea and Donbas were hoping for – and expecting – a Russian future

Far out among the abandoned slagheaps of the dying coalfields, I found the decaying semi-deserted town of Gorlovka, now in the midst of an unofficial war-zone, where it has been since 2014.

This town had been officially renamed Horlivka by Ukraine in its high-handed way, though hardly anybody I met there called it that. Gorlovka in those days still hosted the rather pleasant Cafe Barnsley, the last echo of the Soviet days when Gorlovka had been twinned with Barnsley in a gesture of Communist solidarity with Arthur Scargill’s miners.

I remember, that boiling hot, almost silent afternoon, enjoying a Russian beer there, while listening to music from a Russian station on the radio. I wrote rather vaguely at the time that the people of Crimea and Donbas were hoping for – and expecting – a Russian future.

I thought that if Ukraine wanted to be a rigid ethnic nationalist state, then some sort of peaceful deal with its Russian minority was going to be needed. Little did I know what passions I had touched on.

I was amazed to find that I had done something wicked and subversive. The article was attacked as a ‘dismaying lapse’ by my old friend Edward Lucas, a fine journalist with whom I had spent happy times reporting the collapse of the Soviet Empire, way back in the 1980s.

I especially recall a joyous celebratory dinner with him and others in the decayed 1950s splendours of the Jalta Hotel on Wenceslas Square in Prague, on the freezing night when the Communist regime finally died there. 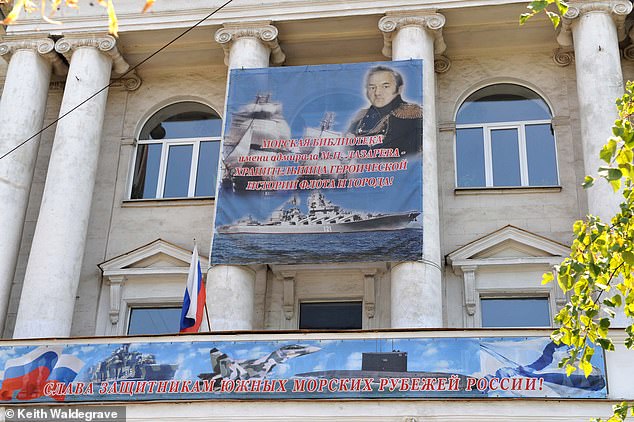 One great fortress was adorned with banners proclaiming ‘Glory to the Ukrainian Navy!’ Another frowning bastion across the water bore the words ‘Glory to the Russian Navy!’

I replied to his rebuke by warning that ‘the conventional wisdom is mistaken, that the open-mouthed sycophantic coverage of such events as the ‘Orange Revolution’ has done us no favours, and that the future in this part of the world is far from settled and we should perhaps prepare for further turmoil rather than imagine that we have opened a Golden Road of peace and prosperity for ever’.

I asked: ‘Are the Anglosphere nations right to treat Russia as a perpetual threat and pariah long after its global ambitions have collapsed and its military power has rusted away? Its regime is miserable. But then so is that of China, with which we seek good relations.’

You see, I have been making this point for a very long time. But it never seems to do any good. In fact, I am accused of being a ‘Russian shill’ or even a traitor, of parroting Russian propaganda, or things of that kind.

These insults make little impact on me personally because I know they are not true and I have, over the past 30 years been insulted by experts of all kinds. It is normal, if you do what I do.

But such behaviour makes it harder for the country to keep a level head. In the atmosphere of the last few days, I half-expect to be presented with a white feather on the street by a beautiful young woman, because I refuse to join in the war hysteria now gripping the country. And it is hysteria.

I have heard a respected MP calling for the deportation of all Russians from this country – all of them. I have heard crazy people calling for a ‘no-fly zone’ in Ukraine.

If they got their way it would mean a terrible and immediate European war. I suspect they do not even know what they are calling for. Can you all please call off this carnival of hypocrisy?

I cannot join in it. I know too much. I know that our policy of Nato expansion – which we had promised not to do and which we knew infuriated Russians – played its part in bringing about this crisis.

I know that Ukraine’s current government, now treated as if it was almost holy, was brought into being by a mob putsch openly backed by the USA in 2014.

I know that the much-admired President Zelensky in February 2021 closed down three opposition TV stations on the grounds of ‘national security’. They went dark that night. I know that the opposition politician Viktor Medvedchuk was put under house arrest last year on a charge of treason. Isn’t this the sort of thing Putin does?

I know that Ukraine’s army has used severe force against Russian civilians in the Don Basin since 2014. The Russians have done dreadful things there, too, but there are plenty of people who will tell you that. The point is that this is not a contest of saints versus sinners, or of Mordor versus the Shire.

I also find it awkward that, when Britain and the USA rightly denounced Putin’s illegal invasion of a sovereign country, they seemed to have forgotten that we gave him the idea, by doing this in Iraq in 2003. Unlike them I can truly claim to have opposed both these actions.

I tire of being told that Nato is purely defensive alliance when we know it bombed Serbia in 1999, incidentally killing civilians, when Serbia had not attacked a Nato member.

I also don’t recall Libya attacking a Nato member before that ‘defensive’ alliance launched the air war on Tripoli which also killed civilians, children included, and turned that country into a cauldron of chaos, benefiting nobody.

And then there’s the other thing that sticks in my gullet. The countries of the West have egged Ukraine on into a confrontation with Russia which has predictably ended in Putin’s barbaric invasion.

But while we stand and cheer at a safe distance, the Ukrainians are the ones who get shelled, bombed, besieged and driven from their homes. Is this honourable? Does sentimental praise for their bravery make up for it?

I would like to end with two quotations. The first is from the American Civil War General William Tecumseh Sherman who said: ‘I am sick and tired of war. Its glory is all moonshine. It is only those who have neither fired a shot nor heard the shrieks and groans of the wounded who cry aloud for blood, for vengeance, for desolation. War is hell.’

The other is from the ‘Benedictus’ in the Church of England’s 1662 Book of Common Prayer, which asks God ‘to give light to them that sit in darkness, and in the shadow of death, and to guide our feet into the way of peace’, which I fervently pray, for I am not sure that anything else will now do any good.